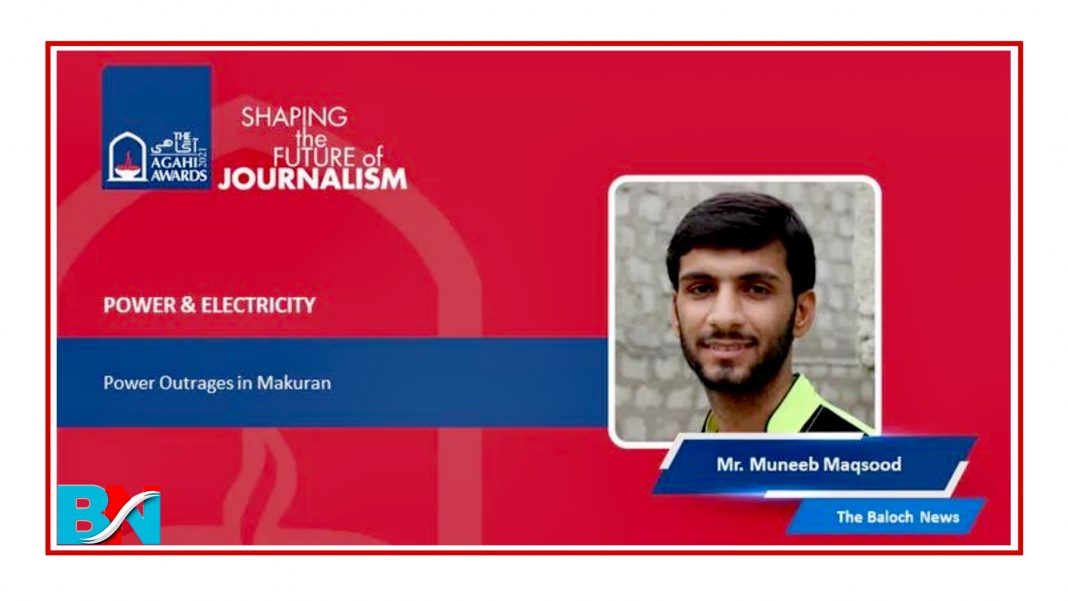 Muneeb Maqsood wins AGAHI Award for his article Power Outrages in Makuran published in The Baloch News in the category of Power and Electricity. He has been connected with The Baloch News for last few months as a contributor, hailing from Turbat.

Muneeb’s article which was awarded is about Makuran’s power outrages which had troubled the citizens during September. Because the division’s electricity is not connected with the national grid station and it borrows electricity from Iran. Due to unpaid dues from the Pakistani government to the neighboring country, Iran had stopped the supply of electricity to the entire division. Muneeb’s article highlighted the given plight of the people.

The AGAHI Awards are an annual award series for journalists across Pakistan. These Awards provide a platform to celebrate and recognize the work of credible and dedicated journalists. AGAHI Awards were inaugurated in Pakistan for the very first time in March 2012; since then the awards have become an essence of several media development initiatives in Pakistan. The Awards are organized in collaboration with local and international media bodies, regulatory authorities, private sector and other stakeholders.

We, team of The Baloch News, congratulate Muneeb for winning the AGAHI Award.