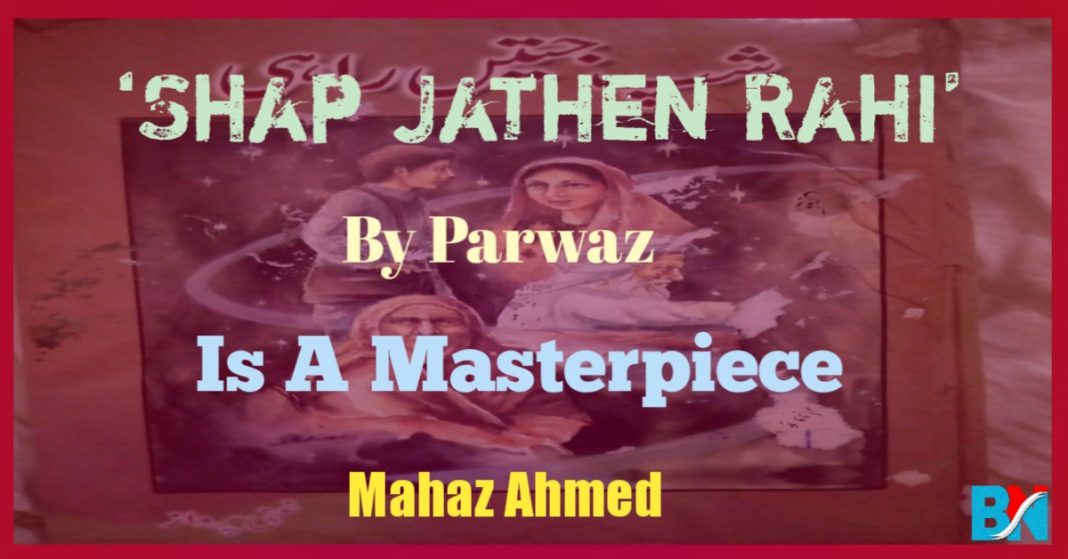 ‘Shap Jathen Rahi’ is one among the collections of Parwaz which consists of 320 pages. It was published by Balochistan Academy Turbat in 2007.

Parwaz usually intends to write on issues less covered. Similarly, the story of this novel begins with the scenery of Kolwah and its adjourned villages. The people of Kolwah were very happy because wherever you had a glance, you could find beauty and happiness owing to recent rains. All the shepherds were looking after their flocks into pasture.

However, one among them was a young man, namely Asumi, who had always carried his flock for grazing. Unalike other shepherds who were always cheering, Asumi was out of the present world. He was concerned as his father had asked him to quit his education in order to take care of the flock.

By the dint of grazing the flock, he had to leave his matriculation. In here, writer is willing to display that in residual areas like Kolwah, Awaran, Mand, Tump and etcetera where the majorities of the people are uneducated, the trend of sending children to schools – owing to other reasons including a lack of schools and other facilities – is very rare. At such a realm, these people force their children – to get compelled – to select their professions like being a farmer, driver, shopkeeper, shepherd and so forth.

Moreover, the remaining characters of this novel are Murghan Bal, Shantul, Raheem Bibi and Ameer. By the help of these companions, Asumi struggled for the basic rights of Kolwah, the biggest area of Balochistan which is unfortunately deprived from essential equities such as lack of educational institutions, feasibilities in hospitals and other important amenities.

Apart from these, Asumi was successful to placate his father for further education. He joined Awaran Inter College where he received an educational atmosphere and qualified teachers who quenched his thirsty for knowledge. He also became the member of Kolwah Labzanki Gall (Kolwah Literary Organisation) as its Vice Chairman. With the organisational members, he raised awareness about their basic rights among the masses.

This book by Parwaz increased my knowledge about Balochistan’s areas and its history as compare to what I knew before. In shorter words, Parwaz has reflected inattention towards Balochistan in his novel which deserves a read. 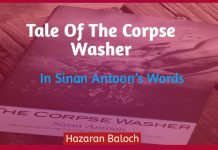 Tale Of The Corpse Washer In Sinan Antoon’s Words 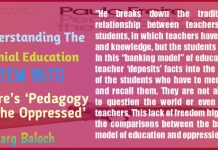 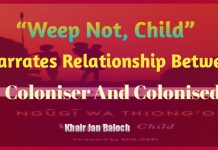 “Weep Not, Child” Narrates Relationship Between Coloniser And Colonised