Home Articles Handicrafts And Their Circumstances In Balochistan 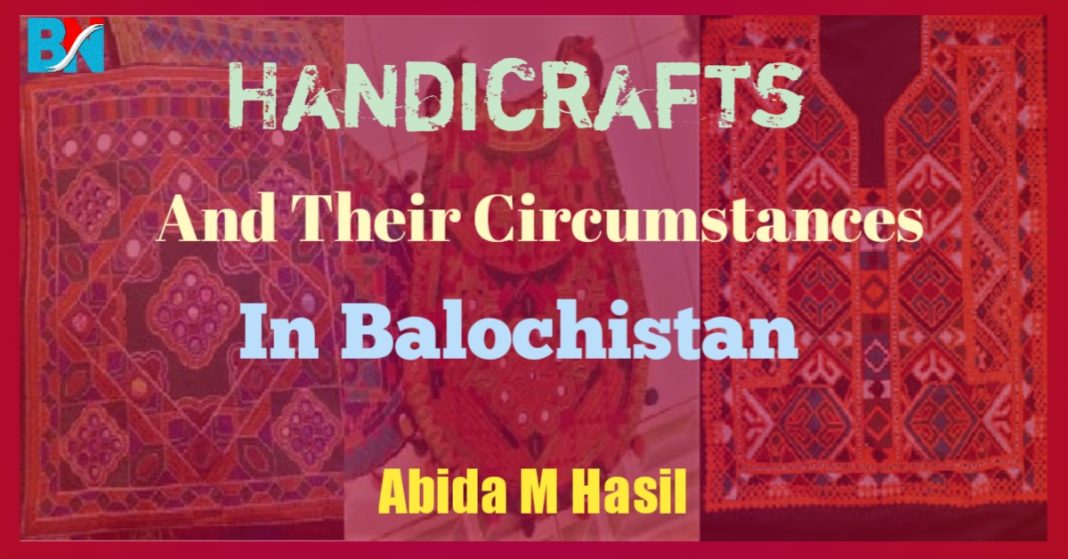 Share on Facebook
Tweet on Twitter
Balochistan, the largest-by-area province of Pakistan, is popular for its diverse culture and practices. The region has a great number of valuable and popular things but the most famous one is the Balochi handicraft which is popular and is the consistence of various designs, styles and colours. This tradition began centuries ago and it is still escalating day by day. Balochistan’s handicrafts are known in all over the country as well as world for the beauty of their designs, colours and economical prices.
Because of the pulchritude of embroideries (also known as Balochi embroidery), they are in demand not only inside Pakistan but across the world due to its attractiveness. Basically, embroidery work is practiced by Baloch women and girls. Under the banner of embroidery, age does not matter. From old to small girls and women, everyone takes part in the production of embroidered handicrafts.
This work is being passed on from generation to generation and is a big latent which Baloch females have but unfortunately, this talent is not being encouraged, which is why it is only confined to Baloch women or girls. There are many famous districts in Balochistan which have many attractive handicrafts but still they are not getting the required attention by government.
Some districts of Balochistan have their own handicrafts as Dera bugti has its ‘Kowchik’ (a form of embroidery). This Kowchik has its own pattern which is used on shawls and shirts for the women. Kalat and Khuzdar districts have their famous ‘Moshamka’ which has different attractive colours usually red, green, white, yellow and grey. It is also embroidered on shawls, cushions, table cloths and bed sheets.
Sibi district is well-known for its ‘Jok’ which is used for various colours and shads. Its work is very popular all over the country. Apart from these, Balochistan has many other beautiful things but still they are not being supported by the government as they should be just because of their beautiful and amazing designs. The talents of Baloch people are not being promoted and encouraged.
Lastly, it is humbly requested to the government that government should create handicraft industries in Balochistan to encourage and boost the talents of Balochistan.
Facebook Comments