Home Articles Why Is A Political Party Imperative? 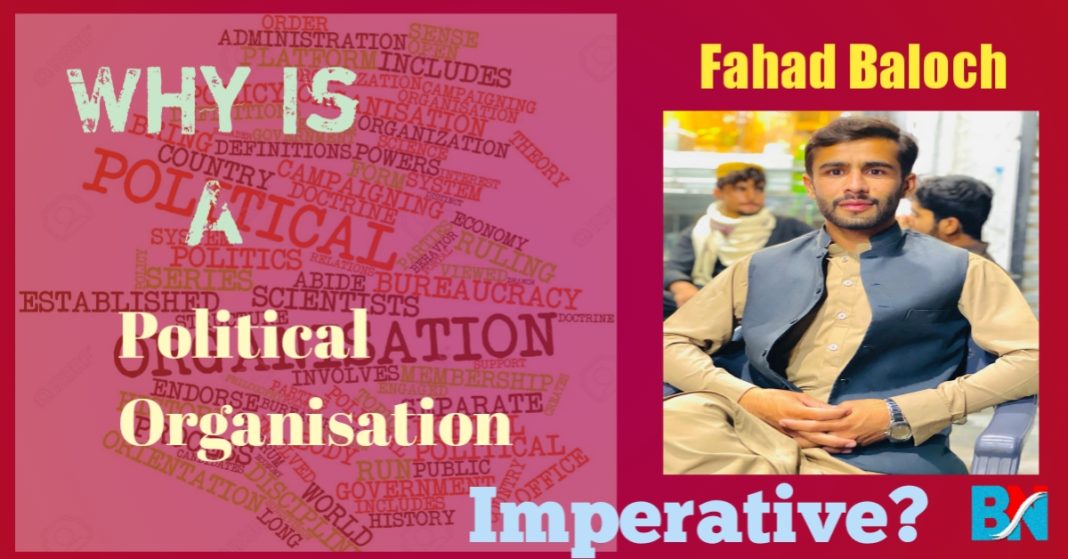 When we go through the process of evolution, we always need something better for us which will lift us out of the trodden path and arrange a systematic ground to hold all forms of activities in a society. Similarly, human beings have come through different processes of evolution. This existing phase is called modern phase by Science and the age of consciousness by religious scholars.

When beings evolved from the age of ignorance to the age of consciousness, they established different laws and regulations for themselves to survive in a best way. At that period, they chose their leadership on the basis of physical power. The elected leader had a squad in shape of an army which he used to acquire many lands. The leader started working on agriculture for their best way survival.

My aim of discussing the above is to show that how people used to choose their leadership or leader to run the society or to rule the society when they had not any political consciousness and political organisations/parties. When they elected leaders on the basis of physical power and due to the strong armed squad in that given society, then the leaders used to subdue them by making smear and vanquish of them. This was possible because people were unaware of their rights just because of not being politicised. Same is the case with most of the people today who are, despite their delusion of having a critical glance over the happenings, unaware of the very fundamentals of life because they are away from politics – the politics in its accurate form.

Resultantly, people were fully inadequate and impuissant to challenge any dictator or a cruel leader in the past who always intended to push them towards the slavery or tried to subdue them illegally.

To move in an auspicious position, some of the passionate members of the society struggled to be conscientious and enlightened. For the very cause, they used to study more and more. They worked to be cognizant and struggled to be politicised.

They had all these, but they were confused how to apply their thoughts and ideas in the society as the society was not cognizant about all these. Here, they became obscure and suffered from ambiguity.

Later, they found a solution that ‘assemble the people and educate them publicly with their knowledge and experiences’. For these, they formed organisation and parties respectively which was an easy way to access people including youth.

These parties and organisations played a vital role in making people more conscious and cognitive about their rights, duties and responsibilities vis-a-vis running the system of whole society. They were also fully capable and aware to choose their leadership.

A nation always needs to be educated, to be politicised, to be cognitive about anything happening to them or occurring in their lived society. These all can be rendered under an organisation and its leadership. If organisation is good, leadership will automatically be punctual.

In simpler words, if a nation needs not to be fooled before the hands of others and not to be the slaves or colonisation of others, formation of political organisations and parties cab be attainable.

The absence of political parties and organisations, most importantly, throws unimaginable consequences in oppressing a people more through various means so that the national assets are looted and people exploited without any resistance. Other than this, a lack of each organisations leads to direct and indirect effects on a nation’s culture, language, affairs, means of life, ideology and even the land of the people.

In other words, for a nation to practice its culture, speak its language(s), run its affairs independently and ensure quality education for its children and coming generations, the existence of political organisations and parties is the very basic step, considering the modern world.

The youth, on the other hand, are said to be the future leaders of a nation. Their political consciousness is necessary during their studying years so that they ensure their future leadership is credible for progress. When they begin to realise their national duties from early days, they can be tough competitors in the years to come.

Anytime an oppressor enters a land to subdue its people and exploit its kane, it is always the political organisations and parties who hinder them by raising mass awareness and involving in political activities to cease the foreign invaders. History is evident of numerous cases as such.

Based on the realism theory of politics, any movement in the past and the present has been led by political parties and organisations. If the Algerian, Bangladesh’s and Vietnamese movements succeeded, it was due to the roles played by National Liberation Front, Mukti Bahini and Viet Cong.

To be short, political organisations and parties are imperative because they shape the opinions of their people, edify them well, make them cognizant, forms them vigilant about their activities, resist the evildoers from occupying their land, make policies for progress, provide their people with shelter, ensure their duties, protect their people’s rights, save their culture, civilization and language, and do not let their people to be used before the hands of any wolfish and viperous.

This is only possible and attainable when the leadership itself has been politicised under the banner of their political organizations and parties. This is a persistent and perennial system to make cadres for the factor go run the state and its affairs.

All the movements including the movement of Amilcar Cabral in Guinea Bissau, Nelson Mandela’s movement in South Africa, Bhagat Singh’s movement in Hindustan, Chairman Mao Zedong’s movement in China, Vladimir Lenin’s movement for Russian Revolution, Che Guevara and Fidel Castro’s movement in Cuba, Ho chi Minh’s movement in Vietnam and Balochistan’s movement under leaders as Nawab Khair Bakhsh Marri, Nawab Akbar Khan Bugti, Waja Ghulam Muhammad and others. All these were the politicised leaders of their respective motherlands (or as woke pronounce fatherlands) and are universally-known leaders who formed their political organisations and parties in any mean whatsoever.

Because these leaders knew individuals have no evidence specifically in a colonised society. When these individuals get together to form their parties, they can best render their respective capabilities and proficiencies for the progressiveness of their nation.

The all above mentioned leaders of different movements knew that bringing the masses into platforms was the need of hour which could only be possible through forming political organisations to edify their people in order to protect them from being blind followers of their national enemies.

Mao Zedong quotes, “If masses of a nation are passionate and enthusiastic, but have no any political leader or political party, then their struggle cannot be systematic and standardized and will eventually lose sight of their destination and their activities will stagnate.”

Lastly, those who think there should not be a political organisation, questions arise for them: how do they unite people? How do they educate them for political ends? How do they edify them? How do they mobilise their people for the reasonable cause? If whole people are unfamiliar to their actual cause, how can they be individually cognizant?