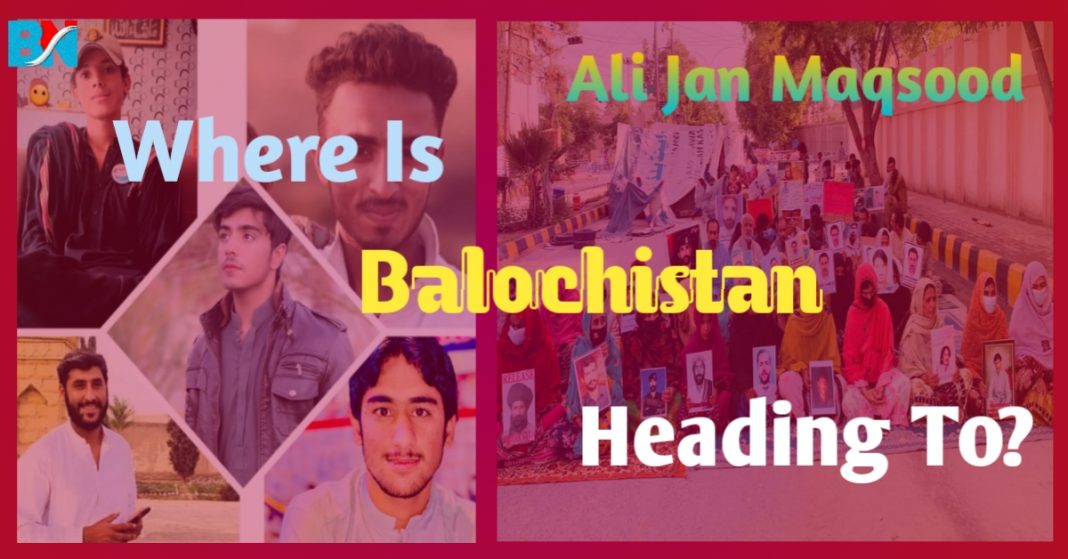 Intentionally or not, a narrative of sense of deprivation is built among the Baloch youth of state negligence towards Balochistan for last seven and half decades. Its impacts are observed in the present day Balochistan where the province posters a ‘no-progress’ picture in all its sectors. Proud of their natural resources, almost nothing from the resources is spent on the province. Presence of multimillion projects like China Pakistan Economic Corridor (CPEC), Saindak, Reko Diq and so forth could not change the fate of the province too. Or at least, what Balochistan is gaining from the above-mentioned projects is never publicised by officials.

And then the question arises of where is Balochistan standing within Pakistan’s federation? A region chopped down into pieces – with a part of it under Iranian government, another part in Afghanistan, some portions to Sindh, Khayber Pakhtunkwaa and Punjab – questions the state of its stance towards ‘marginalised’ Balochistan.

Not too long, several Baloch families, alleging state institutions behind arresting and disappearing their loved ones, staged a fifty-one-day long protesting sit-in outside Governor’s House at Quetta’s (Balochistan’s capital city) red zone. As they expected, no mainstream media in Pakistan covered it. In fact, no one in other parts of the country were even aware of such a massive protesting sit-in – that too at such an important location in the province’s capital.

Here, one remembers of a viral media interview of another province not knowing any city name of Balochistan other than Quetta (because it is provincial capital) and Gwadar (owing to CPEC) – still unaware of Sui’s existence despite using the regionally-discovered Sui gas. With Sui gas, let me add a point here that out of 34 districts of Balochistan, only four districts avail the natural Sui gas, excluding Dera Bugti itself (where Sui town falls in). That is how Pakistan’s relationship is with the present Balochistan.

Coming to education, in contrary to the universally accepted human right to education ensured in Pakistan’s 1973 constitution in its Article 25-A, Balochistan is labelled the ‘home for out-of-school children’ with approximately 71 percent of out of school children. This claim was made by Alif Ailaan in 2017, and seconded by UNICEF in 2020. Things are worse these days, but not better.

As we are already in the discussion on educational backwardness, let us not forget the recent burning of a private school in Kech’s Buleda town – yes, Mr. Zahoor Ahmed Buledi’s (a Member for Provincial Assembly of Balochistan) town – where at midnight around 3, ‘unknown men’ come and burnt the Kalkashan School – a private school serving quality education in the area. In the morning, no one knows – amidst tight security of levies and other forces – where those persons came from and went. This looks pathetic.

Education is still a far cry, people of Balochistan complain of insecurity within their soil. A new wave of enforced disappearances has taken rise in the province which includes abductions of students in particular, other masses in general. Along with their enforced disappearances, they (the families) claim their loved ones are killed in ‘fake encounters’ by a recently-established force of Counter-Terrorism Department (CTD).

The recent arrest-cum-disappearance of Saud Baloch and Kamran Baloch – an intermediate student of pre-medical and his ‘insane’ cousin – from Windar (Balochistan) is the clear proof how Baloch youth are victimised of enforced disappearances. The last social media post of Saud Baloch before going ‘missing’ read: “Those companions, which lead you, are the books.”

In a very recent protest arranged by Baloch Yakjehthi Committee (BYC) on October 20 at Quetta, families were recorded saying their beloveds were arrested by CTD in front of their eyes at their homes and later claimed that they were “killed in a clash or operation between forces and the Baloch separatist organisations”. They (the families) rejected CTD’s allegations and said they were ready for any court trial as eye-witnesses. Unfortunately, courts too seem to worry not of their vociferations.

In fact, for last several years, Baloch missing persons’ cases are pending in High Court of Balochistan and Supreme Court of Pakistan, but other than waits and hopes, they have received nothing. Even, various inquiry commissions, in provincial and federal level, have been formed, but they merely ‘irritated’ the families with what they call ‘baseless’ questions other than relating to their missing persons.

To sum up, things are very ‘rough’ between the federation and Balochistan. The provincial government is nominal which has no role in redressing the state and unit relationship, while the federal governments have always used their delay tactic for Balochistan. In these given circumstances, Baloch have come to a certain point where they are asking the state to clarify their stance towards Balochistan after feeling inferior within the system.

They, too, are fed up with everyday public versus police war on Balochistan’s roads. If fundamental rights are for them as well, render them without any condition: if not, take them back publicly without keeping them in ‘false hopes’. However, things are still at a point of settlement for which state institutions need to play a motherly role. 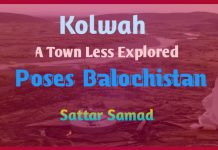