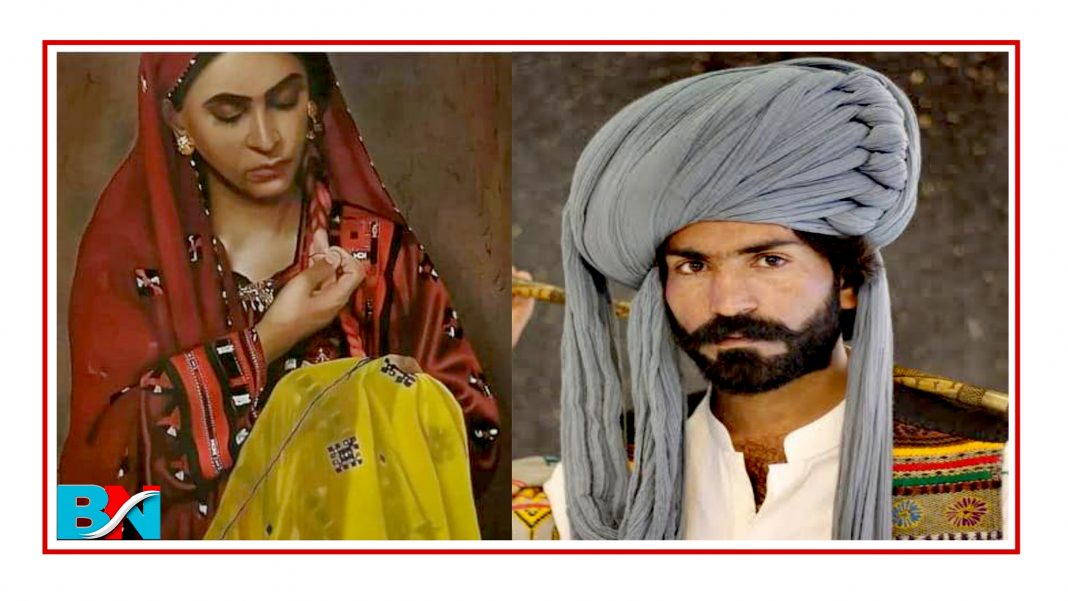 The culture of Baloch nation or simply “Baloch Culture Day” is defined in terms of Balochi and Brahvi languages, literature and traditions and values of mutual respect. Baloch Culture Day is celebrated every year on March 2 to highlight the rich history, traditions and culture of the Baloch nation that traces its origin to the area of Aleppo in syria.

Baloch nation celebrates its culture day every year where people from different villages and towns gather together to organise several types of cultural programs. Most Baloch men cover their heads with long, white turbans and wear jackets over their baggy clothes. Baloch women wear more colorful dresses that are mostly made by hand and feature attractive designs.

Not only the dresses, the Baloch historical folklores, the musical instruments, the natural and Balochi treatment etcetera make the Baloch culture something to look for. Living nations realize their culture and practice it everywhere and every day. It is nothing less than a miracle having a culture worth being idealised.

Proudly, the Baloch are an ancient nation that possess a history 650 BC recorded by the Greek historical records. The Baloch culture includes the Balochi language which is spoken primarily in Balochistan’s region divided into Pakistan, Iran and Afghanistan. It is also spoken by 3 to 5 million people in the gulf, the Europe and the other parts of the world.

March 2 was declared as Baloch Culture Day in 2010 for the purpose of spreading awareness among the Baloch nation about the importance of their culture, language and heritage. It is to show solidarity among the Baloch spending life across the world. Let’s celebrate Baloch Culture Day with a promise to give our best efforts in preserving our culture even after the day.