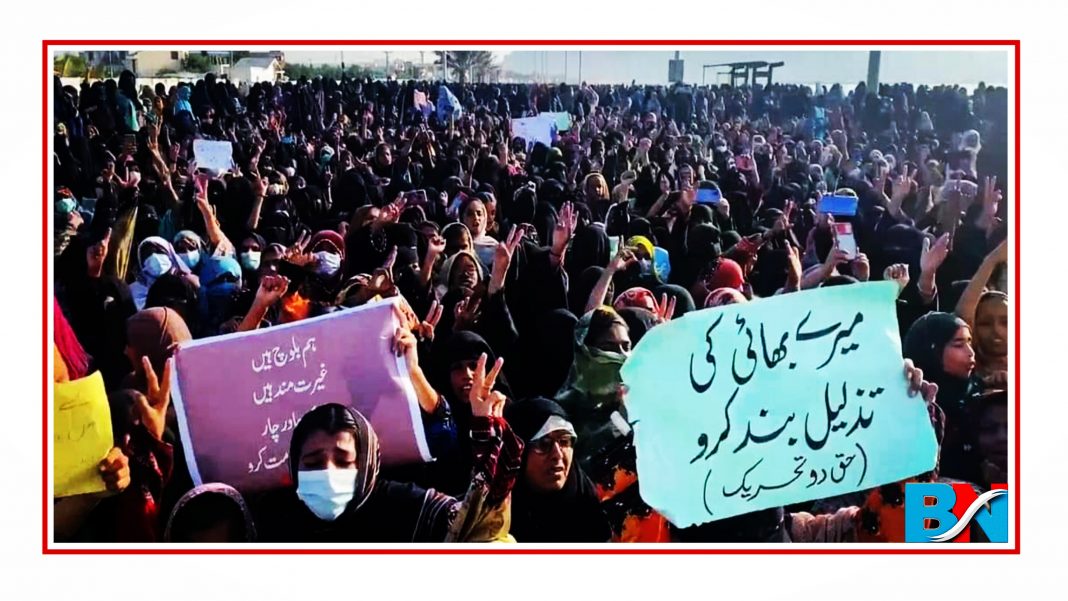 In a press briefing on November 30, the spokesperson of Foreign Ministry of China, Zhao Lijian, said some certain outlets, pointing out to the western outlets in particular, others in general, were violating “basic journalist ethics and morality” with fake news regarding “fishing and docking” of Chinese trawlers in Gwadar port. He turned the Gwadar protest “out of the context of Gwadar port” stressing on the importance of the port and calling it an “exemplary project” of China Pakistan Economic Corridor which would intensify friendly relationship between the two countries.

Talking to WION, an Indian-based news channel, on phone call (November 22), Maulana Hidayat Ur Rehman told them that “Pakistan government is being hand-in-glove with the Chinese trawlers who are threatening their livelihood by illegally fishing in the southwestern Makran coast”. Maulana further described the situations of provision of fundamental rights including the pity state of drivers doing business through Iran border with “excessive and unnecessary check-posts” who stop and catechize of their coming and going. Maulana added in his demand list the removal of such “unimportant” check-posts from the district.

ANI, news agency of India, also reported on Gwadar protest on November 23 of several demonstrations that broke out “against China’s multi-billion belt and road project” initiated by Maulana Hidayat ur Rehman, the Secretary General of Jamaat-e-Islami, Balochistan. The report further elaborated that other provinces were “benefiting from CPEC” but Balochistan was yet to get an eye. Even though, locals have been opposing “China’s increasing involvement in Balochistan. Hence, people from all walks of life and ages have marched towards the roads in Gwadar for a protesting sit-in.

The reports read authentic as of the ground realities and demands of Gwadar’s protestors. The locals seem “unhappy with CPEC” which has failed in great deal to fulfill the said developments in the region. Besides the international outlets, Gwadar protest also got good bit of reporting – especially in the later half – in national print media, while it still awaits to get enough coverage from the broadcasting media. But the point is; what CPEC means to Baloch and how are national and international media looking into the matter.

Planned years ago and shaped practically in 2015, China Pakistan Economic Corridor, famous as CPEC, is a mutual business project by the two neighboring countries, Pakistan and China. Although it holds interests from both ends, but we will give a look at what it aims to give to Balochistan and Gwadar – the hub of the project.

Aiming to promote living and infrastructure developments in Balochistan and Pakistan, CPEC has brought no influence in the province as of now. The scenario is diverse from the Baloch perspective; several development projects have been made in upper Punjab, Khyber Pakhtunkhwa, Sindh, whereas, the project could bring no change in the fate of the already grieving province of Balochistan, other than repairing of the Gwadar port – not for the Baloch interests though. On the other hand, CPEC route has also caused severe challenges to the residents. The towns and villages, bypassing the route, have gone through serious consequences owing to security threats, including plenty of migrations of the villages. A number of unnecessary check-posts have been established all the way – particularly in the Makran division. It has ultimately led to rise in attacks on security agencies by Baloch separatist groups in various parts of Balochistan, including Makran.

In fact, Gwadar itself has gone through unending dilemmas which have intensified after China’s arrival in the region. The biggest example is the recent Gwadar protest led by Maulana Hidayat Ur Rehman. One wonders, how come a city with utmost geostrategic importance go this neglected? Most families have the business of either border driving or fishing, both of which have been interrupted recently. “When the citizens were left with no other option, it led them to protest against the provincial and federal governments, including China which has disturbed the peace of the region,” says a local during the ongoing protesting sit-in.

Although, China Pakistan Economic Corridor can prove very beneficial for Pakistan and China both, but sidelining Balochistan in the prosperity will lead to a sense of negligence for the people of the province and eventually cause disturbance to the project. Had Pakistan given Balochistan the fair developments, situations would have been lot different today. It is yet to see how the newly established government of Mir Abdul Quddos Bezenjo go with the ends of Gwadar’s protestors and convince the people towards China Pakistan Economic Corridor and a culmination of their sit-in protest.