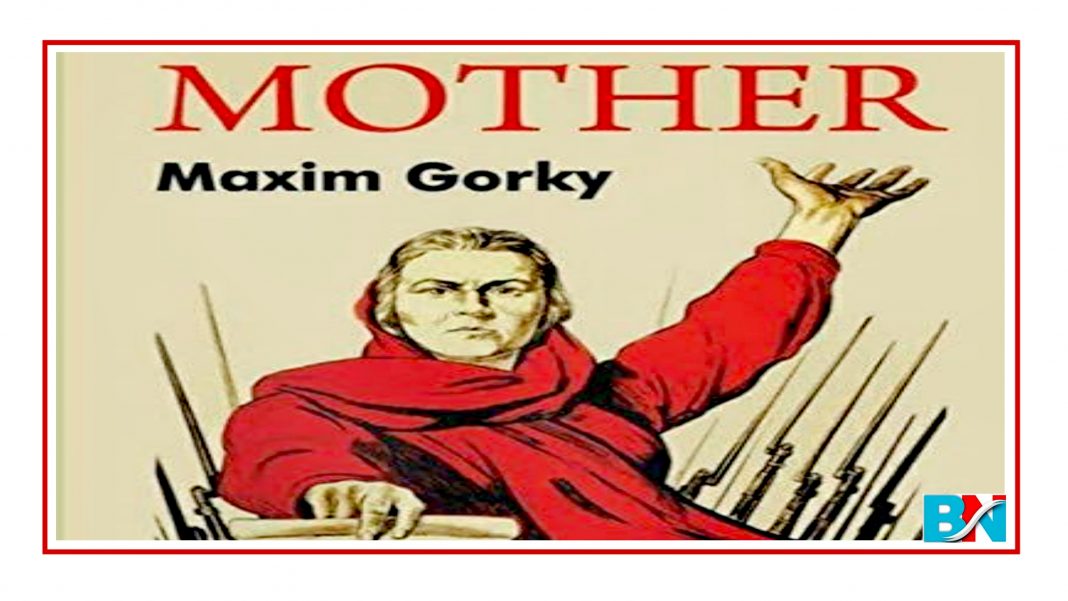 Living in an authoritarian, despotic and bourgeois society and standing besides truth is considered a crime. With its exemplary, yet inspiring and revolutionary story, Mother (Matb in Russian) novel sketches an array of hope for those working class struggles which are bearing the brunt of exploitation of elites. Based on socialism, it is a masterly-fictional work ever written on socialism, and the impacts which it left in the socialist movement of Russia are inspiring.

Hailed as one of the most influential novels of the twentieth century, “Mother” is authored by Maxim Gorky, a Russian or Soviet author and a political activist who lived between 1868 to 1936. He wrote this masterpiece to boost the morale of his people in the wake of the failed Russian Revolution of 1905. It certainly played a wonderful part in the Russian Revolution of 1917. Lenin himself described it as “a book of utmost importance and worth.”

Even though the revolutionary era is long over, “Mother” continues to be a popular read across the globe. The novel brings forth a subject which, no doubt, takes a prime position in the socialist countries, organizations and movements. It briefly explains and gives a deep insight to the lives of working men in the bourgeois society of which the tsars used them as a tool to acquire their elitist interests.

The book depicts the magnificent story of Pavel and his mother Nilovna during the Russian revolutionary movement. Immediately after the death of his alcoholic father, Pavel adopts a completely novel life and leaves his old ways and participates in the movement – the socialist movement. Nilovna, his mother, spent half of her life bearing the rude behavior of her husband; the death of her husband brings a new life for Nilovna – a prosperous and torture-free life.

Initially, however, Nilovna worries about seeing the altogether-altered behavior of her son. With the passage of time, she understands every bit of his struggle, even becoming a central figure by shouldering important works. A small, dusty and disheveled house turns into a center where important socialist ideas are thought, discussed and propagated through mutual consensus of the comrades.

For quite some time, Nilovna fails to understand what actually her son is doing. Whereas, Pavel feels the strength of the proletariat in the factory, and he begins bringing books which are banned in the tsarist regime. But, the author clearly illustrates the role of the mother, Nilovna; at the beginning, she was no different from the rest of the
people who worked in day and slept at night. Thus, they held no desire in their hearts for revolution, reform and change. Nevertheless, she managed herself to be an exceptionally different character in the whole struggle.

Gorky puts a massive emphasis on the role of women. It is named as mother to highlight the all-important role of illiterate mothers in the revolution of the working class. The way she inspires from the struggle of her son is quite persuasive. Nilovna encourages her fellows to get in the movement for the rights of the working class which are stolen away by the authoritarian tsarist. In this journey, Pavel works immensely in distribution of pamphlets, magazines and books.

Initially, Pavel convinces a few people to join him in the movement, but it takes him no longer to have thousands of comrades around him, who are ready to face any hardship and consequence for the cause. With his comrades, Pavel manages to get the support of maximum people who even leave comforts of life just to join the cause; they face the hardship of dungeons for the sake of truth, for the sake of freedom and for socialism. And, mother becomes the centripetal force in the whole story who manages affairs of the movement whenever Pavel is arrested and detained. Besides the role of mother, Gorky further adds flavor by the role of other girls, such as Natasha and Liudmila.

It is the wisdom, confidence and spirit of Pavel whose speeches, words and discussions become the center of gravity in the movement. “We ought to illumine ourselves with the light of reason and truth, so that people in dark may see us,” says Pavel, beaming out with hope, confidence and spirits of revolution. He further says that truth is the only instrument by which we can liberate ourselves from the authoritarian tsarist domination.

Nilovna tolerates every possible difficulty for the cause of truth, light and socialism. Moreover, she does dangerous jobs in order to maintain the flow of books, pamphlets and newspapers.

A century has passed, yet the cogent novel places itself up high in the contemporary world. Language of the novel is quite clear, persuasive and understandable. It has its own worth and place though socialism is hardly a large movement now.