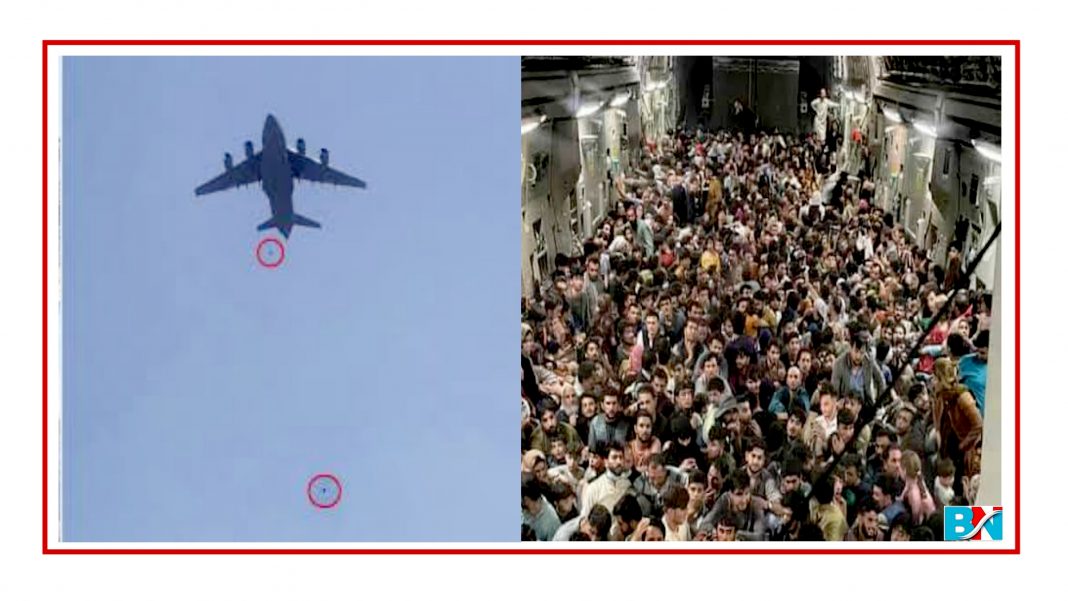 The recent American unconditional withdrawal of forces from Afghanistan opens up the window for a humanitarian crisis which not only affects the Afghan population, but it also endangers the lives of million in neighborhood. The current situation in Afghanistan is analyzed in both national and international media in the lenses of who wins and who loses. But the matter lies beyond this narrow discourse. Fundamentally, the prevailing circumstances are reflective of two decades of policies, military mismanagement, corruption, and injection of forces upon the people of Afghanistan.

The consequences which are now openly seen portray gloomy pictures. Throughout the years of war tens of thousands of Afghans were killed and injured. Families were destroyed. No life remained safe. From villages to cities everywhere the power of bullets ruled although a government and rules exited over the years. Infrastructures of Afghanistan is razed to earth. Health indicators are below substandard as there are no proper health facilities. Afghan military power failed to provide security and safety to citizens. Its failure is gaged from the fact that after the American military withdrawal, in span of a few days Taliban captured most of the regions of the country including the capital Kabul and finally claiming victory over both Afghan army and America. The later enjoyed two decades of indirect rule in Afghanistan.

In the developing situation the sufferings of the people will be multiplied provided that there is no political consensus and no future proper rule that respect and practically protect fundamental human rights especially that of women and children who are deemed as the weakest segment of Afghanistan. In order to save their lives millions of Afghan citizens have fled to Europe and other parts of the world. Those who could leave the country have been witnessing harsh situation for several years. In short life has not been normal. The new normal had been fluctuating situations for decades that pushed the national life of country towards humanitarian crisis.

Moreover, out of compulsion Afghan migrants had been living their lives in all neighboring countries including Turkey, Iran and Pakistan. Decades of duration as migrant is no easy task to embrace. It presents multiple hardships and tribulations. As their properties were left and destroyed back in home, many migrants even do not show a desire to go back to Afghanistan according to media reports. While in the latest Taliban capture over Kabul many more Afghans have rushed to flee their country adding to the already large number of Afghan migrants.

The number of internally displaced Afghan is also large. Those Afghans who could not afford to leave their country tried to move toward safer places within Afghanistan. Even during various administrations, the citizens had to choose whether live under Taliban controlled areas or under the area of government supported by America. Among both options no place could guarantee total security of lives and properties. Hence internally displaced Afghans have been lurching from crisis to crisis. As Taliban regained power the mix feelings. Some hope for self-rule and end to miseries while other expect to the continuation of unfortunate bloodshed and displacement.

According to Asian Development Bank Country Director for Afghanistan Narendra Singru, Afghanistan’s economy experienced unprecedented disruption in 2020 due to covid-19 pandemic, political instability and continued violence, which cut remittances, trade, and revenue.’’ In war economy would fall. Afghans have witnessed this for over decades. A disrupted economy would automatically effect other aspects of human lives. As a result of the given situation poverty has grown exponentially in Afghanistan which deepens the challenges and pushes the chances toward an impending humanitarian crisis.

Afghanistan has simultaneously marched in both pandemic and war. Both of them have exerted thousands of deaths and casualties. Apart of from pandemic, Afghans do not possess basic health facilities. The large swathes of Afghanistan have mediocre health centers which are in poor conditions. Health facility is basic human need which remain to great extend unavailable to many Afghans. Even a large segment of Afghan population turns to Pakistan for treatment. Absence of basic health facilities in the time of dire need indicates that the situation in Afghanistan has gone beyond the security matter and paradox.

It is said that in war women and children suffer the most. In Afghanistan women and children being weakest segment as they have limited choices and power at the disposal with huge dependencies have paid a heavy price. There are hundreds of orphan children in Afghanistan who are at the mercy of religious institutions. Successive governments have failed to provide them with protection and basic needs. For women the circumstances have grown to be insecure as there is fear that Taliban will introduce tough policies on women while blocking the right to obtain education as it was during Taliban rule. Also women have perpetually been subjected to violence. Women individuals in the field of politics and media are targeted. Security is an unresolved concern for women. It is no easy task to be a woman in Afghanistan.

The current situation could trigger a social division as there is a segment of society who opposes Taliban’s principles and urges for democratic norms. Hence, a confrontation between hard liners and Taliban opposition may lead toward further war and chaos. The already war-torn country is sensitive to further social mismanagement.

Hazara minority has not been safe in Afghanistan. This time as per statement Taliban has ensured security of both religious and ethnic minorities. However, past record is not conducive. Hazara leaders have voiced their concerns and reservations. Any confrontation of such magnitude in future paves the way for an abysmal and worsening situation.

Finally, the combination of multiple problems ranging from military confrontation, growing migration to vulnerability of women and children amid pandemic are directed to pushing Afghanistan into flux of a humanitarian crisis. The more the prevailing instability lasts the worst results it yields in the coming days which may leave a black mark in human rights.