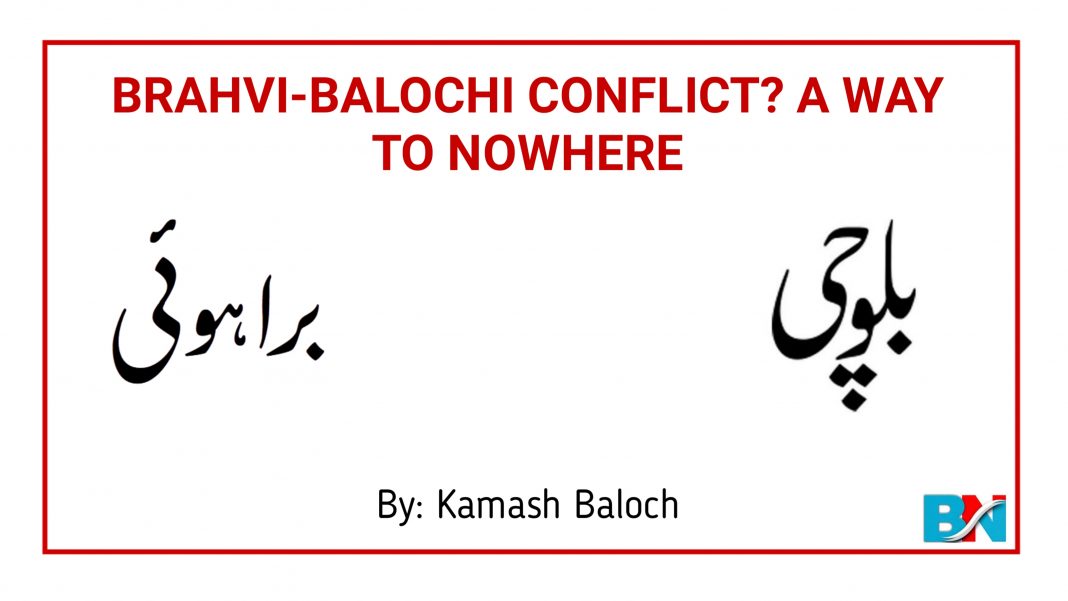 In the progressive world, nations study their history to learn to know as to why they became slaves. Then they find out the reasons of being slaves and oppressed. It is compulsory for everyone to know the history of their nation, but we Baloch, as oppressed, know very less about our history, which has led us to be more oppressed in this modern world.

Very sadly, in our society, we find the external hand, including some Baloch, trying to bring differences between Brahvi and Balochi speaking Baloch. Whereas, from historical factors, they both are same and contain the similar traits in every regard other than the language which is somewhat different. In fact, these are some tactics to reshape the history of Baloch only if they [Baloch] ponder over it.

Historically, a lot of Khan(s) of Kalat were Brahvi speaking, but they never denied the fact that they were from the origin of Baloch. Brahvi is just a language, as Balochi and other languages, which is a part of Baloch nation. Internationally, German is a nation which contains around twenty different languages, but they never say only German speakers are real and solely German, but they feel proud of the other languages as part of their nation too.

If observed closely, there have always been such steps to demoralize the Baloch nation and make separation between the same Baloch of two different languages, but the fact is not hidden to the nation anymore. Brahvi and Balochi belong to Baloch nation and we are proud of it.

Quite a misfortune for us, our younger generation focuses less on historical books and more on motivational, of which the grounds totally differ. We have already invested a lot of time in reading books that tell us nothing informative, giving more times would be wasting our next part.

We only know the things which have been put in our minds. We are far from the reality. In such a situation, I would ask the younger generation to have a glance at their very rich history and do not make Brahvi-Balochi language a conflict. Both the languages belong to the Baloch nation and every Baloch ought to be proud of both the languages. From the other duties, entire nation needs to learn both the languages.