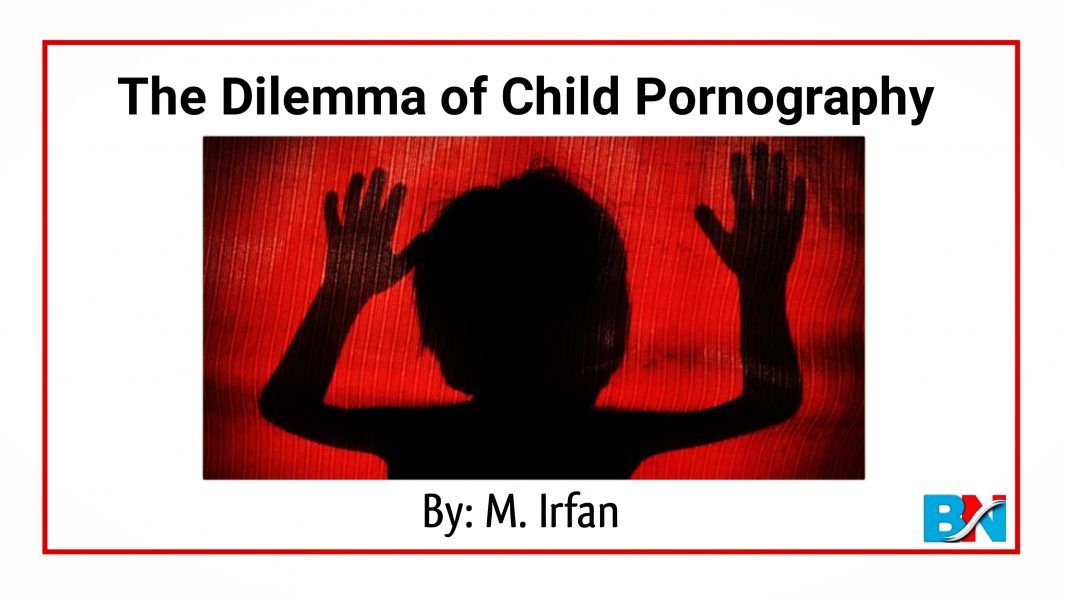 Child pornography is a sort of pornography that influences children for sexual incitement. It may be generated with the immediate involvement or sexual attack of a child or it may be fake child pornography. It is mutually done all over the world, as journalists pointed various issues which appear annually.

There are several reasons that push children into pornography, one of which is child abuse. Mostly, kids are being pushed into this case from their family members. As researchers clarified that many countries are involved in child pornography, and some teams are working to force the coming generation to get into the heinous pornography.

As it is reported, several children are being involved in such cases since their innocent age. In almost every country, various groups are working on child pornography and making videos on social media by which children cannot go to their home and practice their normal lives.

A report in DAWN read that in mid April, a platform was smashed in Germany named “Boys Town” which was functional since 2019. Three persons were arrested who were around 50 years of age, with approximately 4,00,000 members around the globe. This group had uploaded around 3500 videos on child pornography in last two years, which is apparent that they have wasted so many children’s mindsets.

With so many uploaded videos on child pornography, people have been abducting and raping children, particularly in India and Pakistan. In 2018, in Punjab’s Kasur [Pakistan] the six-year old Zainab was raped, followed by Farishta, another nine-year old child. Since then, the cases have been increasing specifically in Punjab. Dishearteningly, some reports unveil in most of the reported cases of child sexual abuses, it was a family member who was involved in all this.

Lastly, we must essentialize it because we should know well that child pornography is a serious addiction, and we should be careful in every aspect of life. In specific, we should keep our children away from watching pornography in one way or the other. We can only eradicate it when we become more concerned towards our younger generation.