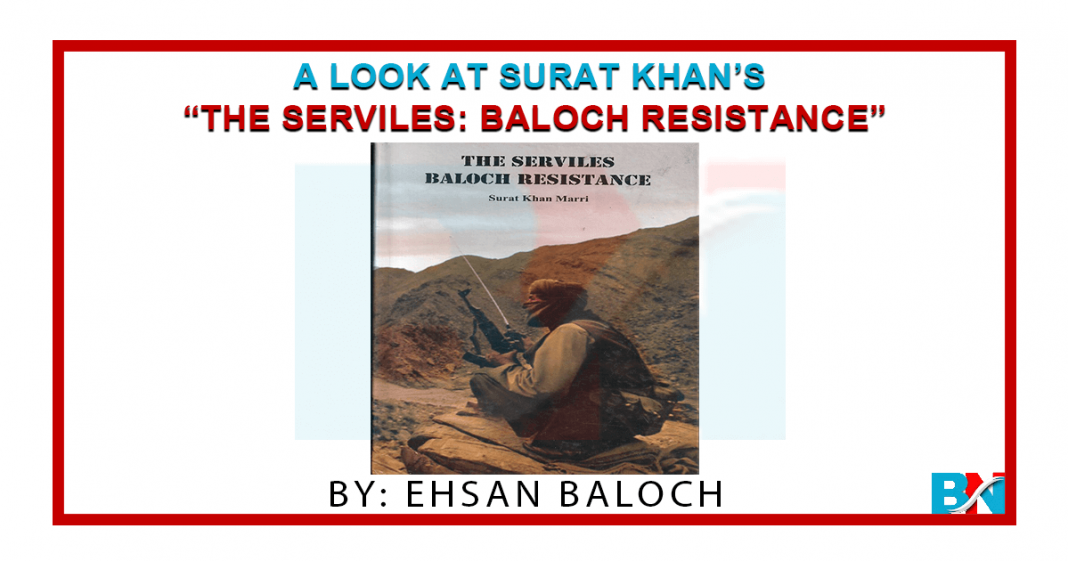 Balochistan’s strategic importance is a question for none, neither are its natural resources which add great bits to Pakistan’s purse, with Balochistan getting only 12% of its royalties. Its historical perspective cannot go ignored with Mehrgarh Civilization which is around 9 thousand years old. Baloch has been in this land for ages, and have fought and resisted in different eras against unalike foes. Persian’s Abul Qasem Ferdowsi Tusi in his famous Shahnama discusses the Baloch in its characters. Mythical stories and Balochi ballads also narrate different stories on Baloch and their bravery, honor and moral conduct. In fact, the famous Italian anthropologist, Ugo Fabietti calls Baloch a “moral community” which proves the civilization of Baloch community from time immemorial.

However, the recent statehood of Baloch areas was formed in 1666 in the shape of the State of Kalat whose first ruler was Mir Ahmed Yar Khan I. The state faced multiple ups and downs until it was totally seized by the Britishers in 1839 by killing the ruler of the time Mir Mehrab Khan. They made treaties with the Khan of Kalat upon which they controlled the Khan; it proves the sovereign status of Kalat State prior to British rule.

With their Close border, Backward and Forward policies, the English government formed Levies force for the first time in this region, in which local Baloch were recruited as sepoys and were controlled by Britishers through Sardars. Besides this, Britishers replaced Baloch’s ancient justice system [in which a group of elderly men of the tribe looked after the legal proceedings whose decisions were even acknowledged by the ruler] with their jirga system, which was run indirectly by them. They made another change in the Baloch customs by limiting the rulership to hereditary only. Earlier, whosoever in the tribe was deserving, was unanimously elected as the upcoming ruler, which was entirely reshaped.

Surat Khan Marri, in his book “The Serviles: Baloch Resistance”, discusses the interest of British government in Baluch land which was solely to use this part as a buffer state against USSR. Then they secured British Indian borders with their rule in Kalat State.

Very interestingly, the author has described the Baloch territory which lays from “Indus River to Borm Kirman, from Baloch coast to Hilmand along with the Baloch Corridor touching Turkmenistan, covering an estimated area of 69,0000 square miles.” He mentions that Baloch land has “never been a part of Indian subcontinent, nor Middle East neither Central Asia.” It was not a part of the United Indian Council and also refused to be the part of it in 1946, upon which “Mr. Mohammad Ali Jinnah, heading a six members of International fame eminent lawyers, drafted a legal document of 100 pages in favor of an independent Baloch State of Kalat and presented it to the Cabinet Mission in June 1946.”

The Britishers accepted Kalat as an independent state on August 5, 1947, and on August 11, Khan of Kalat announced the freedom of Kalat State. They shaped the upper and lower houses of Kalat State too.

Prior to their official leave, the Britishers planned to make another state which they could use in future as a buffer state to protect their interests in sub-continent. They called Mr. Jinnah and planned to make a new Muslim state of Pakistan. With this, they presumed their interests were likely to go interrupted as Pakistan would touch borders with Kalat State. As a result, Britishers guided Jinnah to annex Kalat state with Pakistan.

When Jinnah met with the Khan of Kalat and asked for an annexation, the matter was presented before both houses which was rejected unanimously. But, with the annexation of British Baluchistan, which included some Baluch lands [Quetta, Nasirabad and some Bugti and Marri areas] and some Pashtoon areas, with Pakistan, it ultimately affected the Kalat State. The Pakistani establishment reached to Kalat State and forcefully attempted to annex it with Pakistan; firstly, they captured the coastal belt of Makran as early as March 23, 1948, and then The Khan of Kalat, Mir Ahmed Yar Khan II surrendered on March 27, the same year, but his younger brother Prince Aga Abdul Karim resisted and turned to Afghanistan.

This was the beginning of resistance against the Pakistani occupation of the Baluch land. However, Aga was refused to be given political asylum by Afghanistan as they were threatened by the Pakistani government that in case they gave asylum to Aga, it meant they turned their enmity with the Pakistani state.

Ahead in his collection, Surat Khan has mentioned about the natural gas which was discovered in Sui [Dera Bugti] in 1952/53. Since its discovery, the natural gas has failed to reach to the locals but the pipelines which go in front of their houses to Punjab, Sindh and Khayber Pakhtunkhuwa. Looking at all this, a group of elderly Bugti men went to Islamabad in 1970s and met with Pervaiz Saleem [A Section Officer in Petroleum Gas National Resources Department] and demanded gas for the town. On this, he replied, “You people are ignorant and backward. If we give you gas, you will burn your houses.”

It clearly shows how Islamabad sees and treats the Baluch people. In another incident, Marshal Law Administrator, General Zia Ul Haq in an interview openly stated that, “Our concern is the Baluch land, not the people out there.”

One more thing was clarified by Surat Khan Marri that ‘opposition’ has mixed the Baluch issue with Balochistan issue. Balochistan is currently the province of Pakistan which includes Pashtoons, Hazaras, Sindhis, Punjabis, and the issue maybe any but linked with all of the residents. Balochistan is also a province in Iran mixed with Sistan [Sistan and Balochistan province], and a part of Balochistan also lays in Afghanistan.

Only in Pakistan, Baluch live in Sindh, Punjab and KPK provinces in great numbers. The author stresses that currently, it is the Baluch issue which is circulating in Pakistan and abroad, not Balochistan issue. Once the Baluch issue is resolved, the rest will take no time. The nationalists believe that Baloch issue is identity, and the Opposition thinks it is provincial autonomy. Pro-establishment continues to create more confusion between the Baloch issue and Balochistan issue.

Another important point in this book is women participation in social activities. Surat Khan has talked about some Baloch women who have equally participated in activities which men did. The author reflects to Blaly, the wife of Bal, who became the ruler of her tribe. He named Mahnaz, Hani, Siyamek, Farishta, and many more in a chapter as warriors in Baluch history. He also narrates the customs and rituals of Zikri Baloch who give equal opportunities to men and women as per their skills.

Besides this, he mentions an incident [after Pakistani annexation] when a Baloch woman killed his husband in the name of honor. She was presented before the grand jirga. In her defence, she said, “Men kill women involved in adultery on account of ghairat [honour]. I am equally a good Baloch and have similar ghairat. So, I have killed my husband.” The lady was honorably acquitted by the grand jirga.

The most important point in this book is the current resistance of the Baloch armed groups, beginning with Balach Marri’s Baloch Liberation Army [BLA] in 2000. Balach is the son of Khair Bakhsh Marri, who was an important player of Baloch resistance of 1973-77 against Pakistan. BLA has been severely attacking on the Pakistani forces in different areas of Pakistani Balochistan. The armed groups have exceeded to more in number who are timely attacking the Pakistani forces.

Surat Khan Marri’s collection illustrates the Baloch people and Baloch land from as far as learned and recorded pages. It also looks for the unscientific method of ballads, which are very common in the Baloch land, to Ferdowsi’s Shahnama. Earlier, the Balochi poetry was the only source to transfer history from generation to generation. Although, science does not rely on it, but the locals have great faith and belief on the Balochi ancient poetry.

In ending chapters, Surat Khan has narrated the Baloch land, Baloch people and the forceful British annexation and treaties with the Kalat State. The later chapters also talk about the Kalat State’s internal and external affairs before and after Britishers. The official agreements are also mentioned in the last part of the book. There in 1876’s treaty of British government with the Khan of Kalat, they clarified it in simple words to leave Kalat State as it was prior to 1839 when they leave. Kalat State has always stood on its words, but they deceived from the other ends; be it the Britishers or the Pakistani establishment.