Home Articles Dedication To The Mothers of Baloch MotherLand 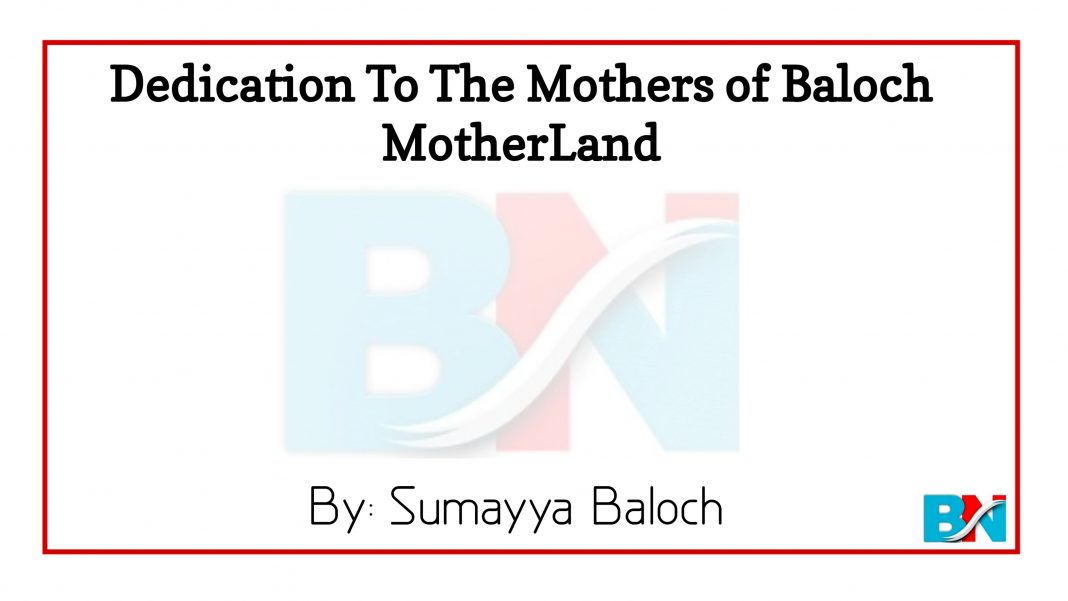 Today is the day of an anonymous entity who loves her nation to the best of her ability; who has been contributing without any greed that she would earn a name in history; whose story of kind support is not common but keeps a great significance in the annals of Baloch history.

The story starts with the nursesongs (Lori) listened by Balach when he was on her lap into the mountains of Bolan that has been nourishing the ideology. Her story becomes khalid’s resonates with the Raza’s grave. She has never been mentioned at any time, yet her role in every era has emerged separately which made the Baloch history more beautiful.

In every era, she had distinct roles from being Balach’s avenger to his mother, who scaled his role but she has been anonymous. She would ever emerge as Banadi for the motherland whereas sometimes Khatun Bibi, and then Zarina, the mother of Murad, but remained unknown for years. By challenging all the odds, a mother becomes a courage for a fearless Baloch girl who teaches her to be strong in a world where she would find many who do not let a girl to be a respected part of society.

Moreover, she teaches her to fight for her inherited rights and struggle against the colonial mindset that stops her to grow and get education in society. Perhaps, there was no one ready to accept her, but today in the society she got the status of mother of motherland who loves her land and has always given unconditional sacrifices for it.

This Mother’s Day is dedicated to all those Baloch Mothers who raised their children to become the heroes of the national struggle.