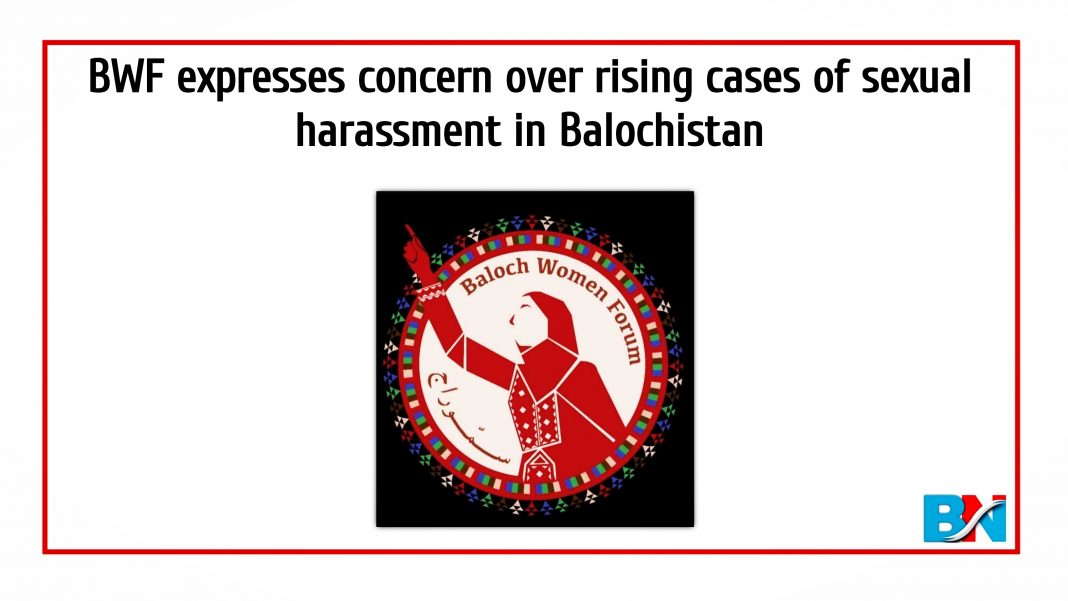 Baloch Women Forum (BWF) has expressed deep concerns over the rising cases of sexual harassment in different parts of Balochistan.

Spokesperson of the Forum said in a statement that there had been a long history of sexual harassment in Balochistan in which personnel from ‘security’ institutions and members of ‘death squads’ were reportedly involved.

Five months ago, a disturbing incident took place in Mashkay. The women of Muhammad Juma and Hakeem Baloch’s family were allegedly tortured and sexually abused. He and his family members were threatened of severe consequences if they tried to talk about the incident.

“This is not the first incident in Balochistan and incidents of sexual harassment are happening continuously. A few days ago, Amir Murad, a child belonging to Hoshap, was also allegedly sexually assaulted by a Frontier Corps personnel”, continued BWF spokesperson.

Spokesperson further added that in Balochistan, there are daily reports of women being forcibly disappeared during operations and there are reports of sexual violence and harassment from various places, but women are afraid to come forward due to fear of scandal and threats. Such incidents are not only a violation of Baloch traditions but also unbearable for the people of Balochistan.

Baloch Women Forum appealed to the human rights organizations, the Supreme Court and the Government of Balochistan to immediately take notice of the incident and bring justice to the affected families and women.