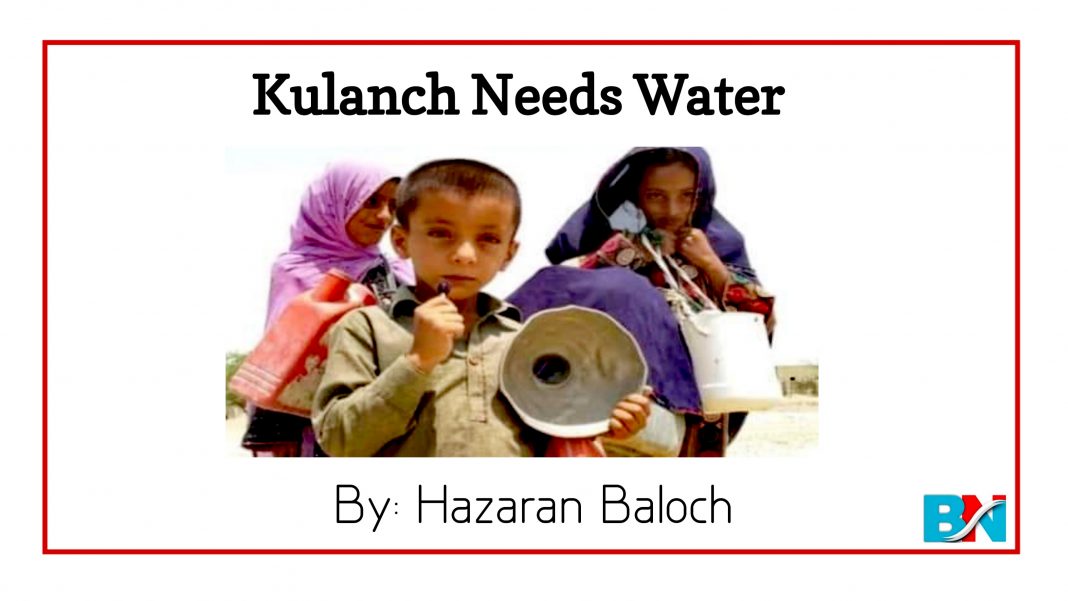 Kulanch is a deprived area. It lacks many basic facilities such as water and other daily life needs. It is located at a distance of 60–70 Kilometers to Tehsil Pasni, District Gwadar. It also consists of many small villages.

It is a neglected area. People still live in the dark ages. Kulanch and its nearby villages never had electricity in the first place. Moreover, it has only one dispensary with no doctors. With great efforts, a school was constructed but unfortunately; there are no teachers.

Fortunately, a bill was passed for the construction of a road but it also met the same fate. It was never completed.

Water is a basic need. Life depends on it for its survival but Kulanch is being propelled towards scarcity. Its people are facing an acute shortage of water. The only live hood of Kulanch and its nearby villages depend on farming and plantations. Although the lands get very less water but still they produce some corps for the locals to earn their living.

However, it had streams but they have been dried and the water supply pipelines are broken too. All of the lands depend on water. The lands are dried and are not producing any seasonal fruits. In this whole season of Watermelon and mangoes, Kulanch hasn’t produced any of them. The Palm trees were also affected this year. Due to these problems many locals have migrated to other places.

Recently, the federal government has granted to build a pipeline in Kalanch and its nearby villages which will be constructed in the upcoming December. It is hoped that it doesn’t turn out unfinished like other projects. And It’s a humble request to the concerned authorities to look over this serious issue .