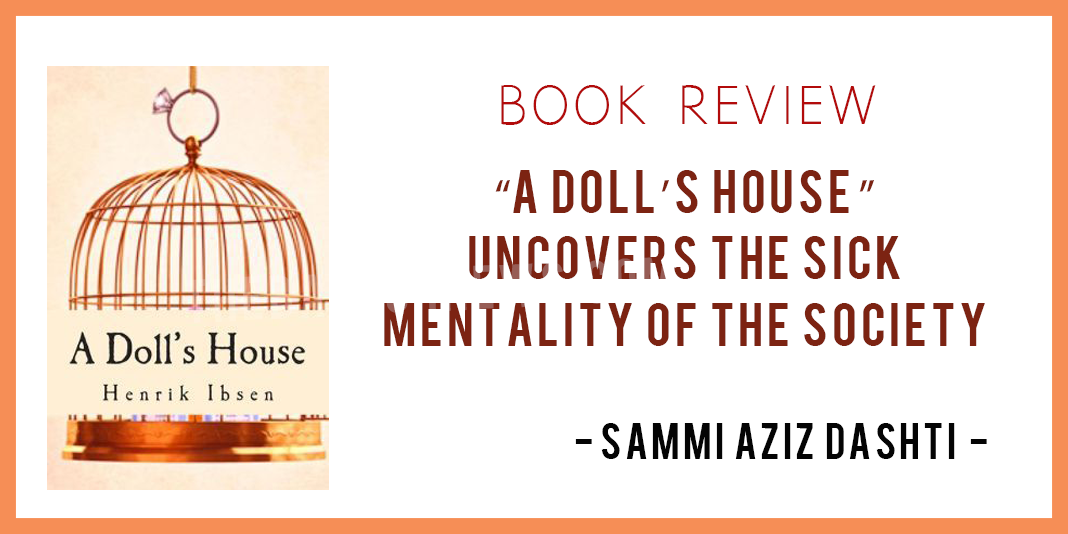 “A Doll’s House” is a literary play of the late 19th century written by the well-known playwright, Henrik Ibsen, and was published in 1879. The play is entirely based upon the conditions of women during Victorian era. It represents the lives of women as to how they were deprived from their rights and dependent upon their men. They did not have the right to stand up for themselves or be equal with males.

The story is based on a small family, their daily life and the surrounding. Nora, who is the main character of the play, is always treated like a doll by her husband. It seems that her duty is only to entertain her husband and always be present in his service. She lacks the right of being her own self rather her existence is being vanished. She just remains a puppet.

The play, especially, focuses on Nora, who is mostly seen following the rules of the house set by her husband, Torvald. Her life is limited with some certain rules set by the patriarchal society. At the last act of the play, Nora, in a conversation with her husband, says, “I passed from my father’s hands into yours, you arranged everything according to your taste; and I got the same taste as you. It seems to have been living here like a bagger from hands to mouth. I lived by performing tricks for you.”

The above lines show the concern of Ibsen towards the women of the time. Though, Ibsen was never agreed to be a feminist but throughout his plays like “A Doll’s House”, one can easily observe that he had a very significant interest in feminism. But, he himself usually refused the fact of being a feminist rather he used to call himself a humanist.

“A Doll’s House” is a play that leaves an ultimate lesson for all its readers. It compels you to think of equality and the rights of women.

Nora, being the member of a patriarchal society, believes that her life is well-managed. Because society believes that if a women has children and a husband who earns well and can provide food and shelter to his family, it is enough. But soon Nora realized that her husband was using her as a doll and she did not have the rights which she deserved as an individual.

After the realization that she was always treated as a doll, from her father’s house to her husband, she did not have any right to speak or bring her opinion in front, but got the same taste as her husband and did everything according to his script. She totally forgot about her individuality.

Lastly, Nora decides to educate herself and to think about her own existence instead of following the patriarchal rules. She leaves her husband and kids too, as she wanted to find herself.

“A Doll’s House” is all about the patriarchal society of late 19th century but the same rules are still seen in today’s world. The mindset of that time is present in 21st century as well. The women still ask for their rights which are yet to be fulfilled. Women of today also lack the self-fulfillment in this male-dominant world.

The same is also visible in most parts of Balochistan where males are openly dominating on women by downtrodding all the rights of women. We need to change it in one or the other way, but today.