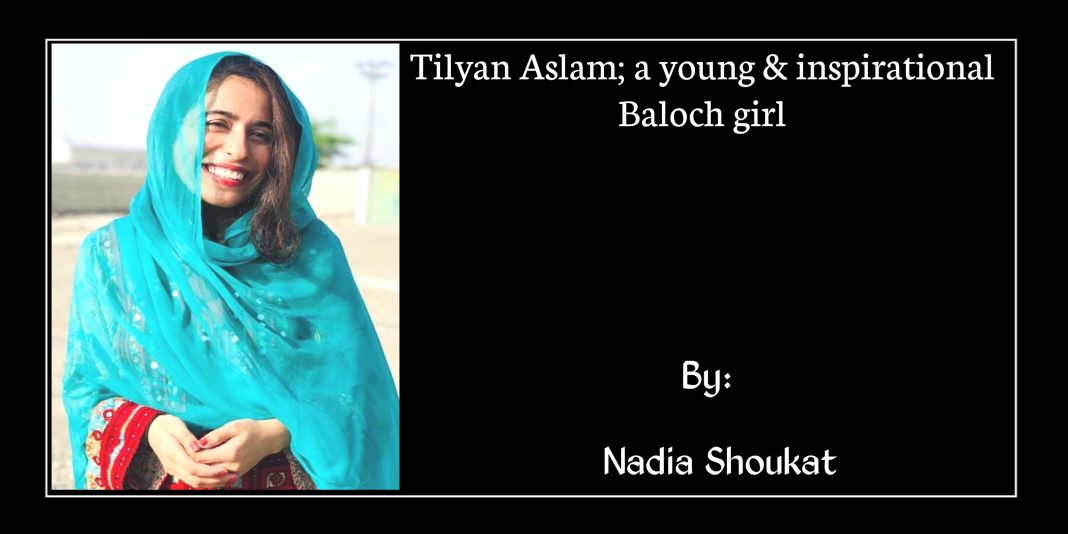 Life is beautiful and unpredictable. It becomes more pulchritudinous when you give your best to it. It becomes the best when you be yourself. The fact cannot be denied that you get life just once, sadly, some people remain unknown until they lose the opportunity to live. On the other hand, there live such people who embrace the fact and live fully. They follow their ambitions and do their best to satisfy their lives.

Among these wither flowers,.grew a blossoming flower who has beautified the puffiness of the garden and given hope to other flowers to blossom. Inspirationally, this blossoming flower is a young Baloch girl, Tilyan Aslam, whose courage and thrust for her dreams break all shackles of the stereotypical society. It will not be wrong to narrate that Tilyan Aslam is that brave lady who did not let the harshest criticism of people cut her wings.

Veritably, her positivity defeated the pessimists in every walk of her life and she did not dim her spark in four walls. Meanwhile, all these struggles and hindrances turned her from an ordinary Baloch girl to an extraordinary girl.

Moving further, the journey of Tilyan Aslam began from being selected as a finalist of YES program. YES is a yearly cultural exchange program for high school students which gives opportunity to the people of other countries –mostly with muslim population_ to attend an American high school, experience the lifestyles of American people, to know about their reading cultures, to explore new things and be an ambassador of their country.

Moreover, a lot of Baloch girls went to USA from this scholarship, but inspirationally, Tilyan Aslam proved herself unique. She unlocked her passion and explored US in many different ways. For instance; she opted vlogging on YouTube as the best way to show her people back home what she is doing in America, how is America and American lifestyle.

Undoubtedly, her step inspired a lot of people. Especially, she inserted hopes and courage in other Baloch girls. She inspired every girl, but specially Baloch girls to break the chain of slavery. She proved that Baloch girls have the power to participate in everything, not only within their own country, but also in foreign countries and they can be the source of inspiration and a symbol of courage for others.

The most heart-touching point is that even in the USA, she promoted her culture and showed others the uniqueness about her culture. Tilyan Aslam determines us that belonging to small towns and cities cannot bound your success and achievements; you can achieve whatever your heart desires for; you can be the best and you can be a role model for everyone if you have strong belief and commitment on you.

Tilyan Aslam influences people and makes them realize that in life the most important things are self-belief and determination. She clarifies that when you believe in yourself, your dreams turn into reality and things become the way you want them to be.

Henceforth, it is not easy to be socially active, particularly in the Baloch society being a girl. The hurdles, the hatred and people’s approach are unbearable and different when you make videos, but Tilyan Aslam has glorified that it is not impossible. She proved that your actions can turn the negative comments into positive wishes. She proved that your today’s haters can become your tomorrow’s motivators.

Thus, Tilyan Aslam is the moon of gloomy sides. Stay happy and successful wherever you are and go. Keep inspiring young girls. God bless. 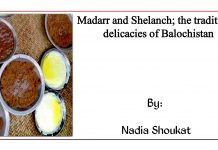 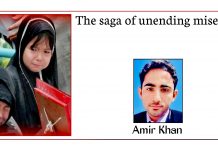 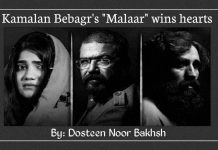