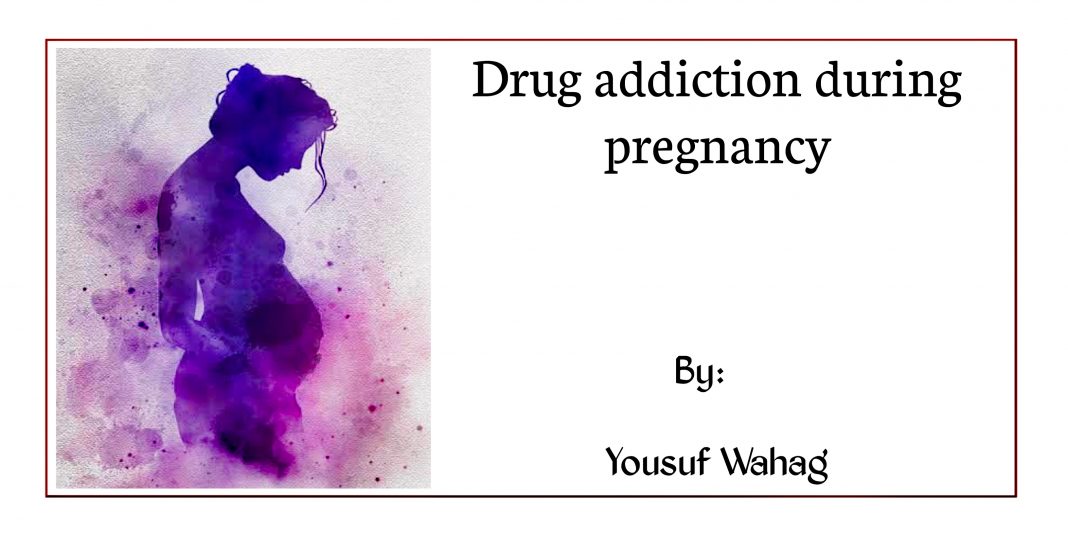 After a long run of my observation, it got clarified to me that the harmful factors to women right across Pakistan is to forgo the wrong addiction like sweet supari, hookah, cigarette, gutka, cannabis and certain more undiscovered by the researches, during their pregnancy. The common point reported is that such addictions result low weight baby, wasting, stunted children and blood-related diseases to the child. So, funny it sounds that we strive to colour the car thinking of it as new, no matter it is push-start and backfires as if low fuelled.

In contrary, a report clarified hazardous jerks to the country by putting light on the report that 8.9 millions are addicted in Pakistan, where 22pc are women. What more to justify? It is high time government and other concerned authorities made precautionary measures for deterring ignorance rooting in our country.

On the other hand, 53pc of women, addicted to drugs, are educated. Now, what to term it as? Is it the misfortune or intentional doing? No matter, tobacco companies are high taxpayers to government or other parts of mafia, but why to deliberately blind the nation by kicking mothers to dustbins?

Apart from this, we find more women consuming drugs in rural areas of Balochistan and Sindh who appear unnoticed by the concerned authorities.

Diving deep into the topic, let me put pen to critical misconception of consumption of tobacoo apropos pregnancy. Smoking during pregnancy passes severe chemical such as nicotine, carbon and monoxide to the unborn baby. Consequently, the baby births earlier and low weight. Not only this, the baby is in prediction to have asthma [a medical condition of chest that makes breathing difficult] and obesity [getting too fat which is unhealthy and harmful].

Most commonly injected concept our societies run with is that drinking little alcohol is of no danger. But, scientific reports justify that alcohol during pregnancy grows up as FASD [Fatal Alcohol Syndrome Disorders] which mixes the physical and psychological appearance of the baby; the baby will confront comprehensive weaknesses.

Sometimes, medicines suggested by doctors overdose which result the death of mother or child. Opioid is a pill assigned by consulted doctors which is too strong and consume extra, too, by illiterate people. Turbat is the exemplary city which is the hub of high consumption of medicines just because the patients belong to far and uneducated areas. I have found my own cousin buying medicines during her pregnancy around cost of five to six thousand rupees which were extra and useless. Resultantly, many pregnant women die in Balochistan as they are misdosed by extra use of medicines and injections too.

Apart from all the given figures written up, hookah looks ruling over Pakistan_ especially in Balochistan. Hookah is shaped as a bottle filled with water and cannabis on ash connected with a short pipe used for breathing in, which is highly used in Karachi, Gwadar, Turbat, Pasni, Ormara and various parts of Makran division. Hookah passes smoke and other chemicals to the unborn baby which makes the baby physically incomplete and weak.

The solution, as a BBA student, I keep is management concept of business. Higher authorities ought to commence volunteering chains regardless of the old-fashioned culture. The volunteers serving as a group can find wrong addiction during pregnancy, share them to the community working as volunteers, and guide better habits, grooming and practices. They must be connected with a social media chain. But, the government has to charge the drug companies where the charges collected must be invested on healthcare departments.

But all this is not very easy, because the drug companies are the biggest taxpayers in Pakistan. The revenue from only tobacco companies in 2018-19 was Rs. 114 billions, while in 2019-20 it was Rs. 147 billions.

Apart from this, Rs 5 millions donation for the Diamer-Bhasha and Mohammed dam fund and 20 millions for Imran Khan’s shelter project by some tobacco companies diverted PM Imran Khan’s view which resulted the tobacco roots deeper. Such tricks govern the leaders as servant.

The better solution for less use of drugs is higher taxes on them. It has been also applied by US which showed that every 10pc increment in price of drugs reduced 7pc use among kids and 4pc among adults. We keep the energy to confront certain cases when the government makes every Pakistani own the country and put forward some solutions.

The government with active NGOs must, on the spot, put forward defensive campaigns, awareness programmes and charges on drug buyers and sellers so that women must stop wrong addiction during pregnancy as well be the assets of the country, not liabilities.