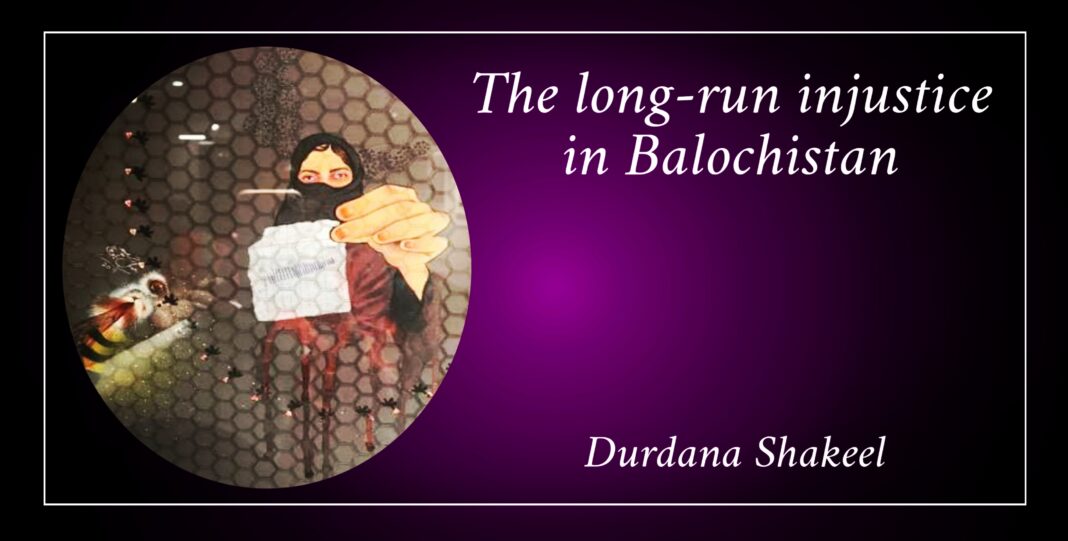 In Balochistan, the biggest province of Pakistan, peace is seen nowhere but a fairy tale of bloodshed, ignorance, injustice, suffering, torturing, disaparance, murdering and oppressing the dreams of innocent souls. Because we are living in a country where innocent flowers like Hayat are brutally gunned down in front of their parents and then described as a ‘mistake’.

In Balochistan, it is very rigorous for a middle class family to get education. Hayat was one such student who had tough challenges in getting education. He was also the first from his family to getting out of the city for the higher education. Even though, he experienced part time jobs just to collect some money and spend them on his education. He was the student of final year of Physiology in Karachi University and had lots of dreams and ambitions for his coming future.

According to one of his friends, Hayat told him he felt so bad and so unfair that his parents work day in and day out in farms to send him money for his education. He was preparing to become a CSP officer so as to help his family and society in the coming time.

He had high dreams and burned midnight oil to make his parents proud and live in peace, but those eight bullets vanished everything once and forever for him, his family and nation.

It wrenches every heart pondering at how brutally he was beaten, tied up, dragged to the road and that too in front of his aged parents. And then the eight bullets ended a brave story.

It was the Frontier Corps who gunned Hayat down; they are said to be our protectors but we are actually under their threats. Despite all the crime they did with Hayat and his family, they considered it as a ‘mistake’.

On that day, they did not only murder Hayat, but all his ambitions and wishes including the hopes of his parents and nation. They were all troubled under the feet of the miscreants at that very moment.

However, it is not first such incident in Balochistan. According to a report, in 2010 a woman died when the Frontier Corps opened up firing somewhere in Balochistan. Same as in Hayat’s case, they labelled it as a mistake.

After her in 2011, the innocent Zubair and Murad, two brothers, suffered the same and were killed by the Frontier Corps. Thousands of other educated youths of Balochistan are yet missing; a great number of them are secretly murdered and buried in shape of mass grave. For how long do we have to bear the mistakes of them and forgive them for their intentional murders?

The Holy Quran [Surah Madhia] indicates that whosoever kills an innocent life, it is as if he has killed whole of the humanity. Observing the indication around us, humanity has been murdered.

Sadly, our so-called media, instead of giving coverage to the issues of Balochistan, hides the reality and folds it down to silence.

How long can we turn a blind eye towards the reality? Frontier Corps are crossing all the heights of atrocities by killing the innocent Baloch mercilessly. Educated youths are caged and murdered without any fault. I wonder if the state gives them the duty to protect the citizens or murder them.

If the higher authorities do not look towards the issues today, blood bath will continue without any fear of law for longer and longer. Thus, the work of Frontier Corps is on borders, then what are they are doing inside the cities? They should be shifted to the borders so that Baloch people get back to peaceful days.