Home Articles The history and significance of labour day 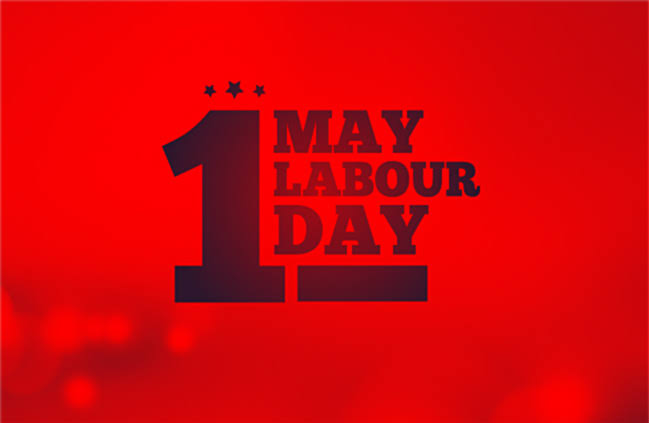 May 1 is marked as International Labour Day, also referred as May Day. The day celebrates labourers and the working class. Labour Day is an annual public holiday in many countries.

Labour Day has its origins in the labour union movement in the United States.

During industrialization in beginning of the 19th Century, the industrialists used to exploit the labour class and made them work up to 15 hours a day. The workers rose against this exploitation and demanded paid leaves, proper wages and breaks for the workforce.

While the day has different story for different countries, the main reason for Labour Day is unfair treatment of the labour class.

May 1 was chosen to be International Workers’ Day to commemorate the 1886 Haymarket affair in Chicago. In that year, on May 1, there was a general strike for the eight-hour workday. On May 4, the police acted to disperse a public assembly in support of the strike when an unidentified person threw a bomb. The police responded by firing on the workers. The event lead to several deaths.

Labour Day or May Day has been a focal point of protests by various socialist and communist groups and is an important holiday in communist countries like China, North Korea, Cuba and the former Soviet Union countries.

During the Cold War between 1947 to 1953, the Labour Day became an intermittent event for large military parades and was attended by top leaders. It became an enduring symbol of that period. Till date, countries that signify the May Day as an official holiday feature elaborate popular and military parades on the day.

Pakistan’s first labor policy was devised in 1972, in which May 1 was declared an official holiday. This policy also formulated the creation of the Social Security Network, Old Age Benefit Schemes and Workers Welfare Fund. Pakistan’s constitution also contains various provisions and articles about labor rights.

It is important to note that Pakistan became a member of the International Labour Organization (ILO) right after its independence in 1947. The ILO is a United Nations (UN) specialized agency that promotes social justice and universally acknowledged human and social rights. Pakistan has ratified 36 ILO conventions of which eight are core conventions.