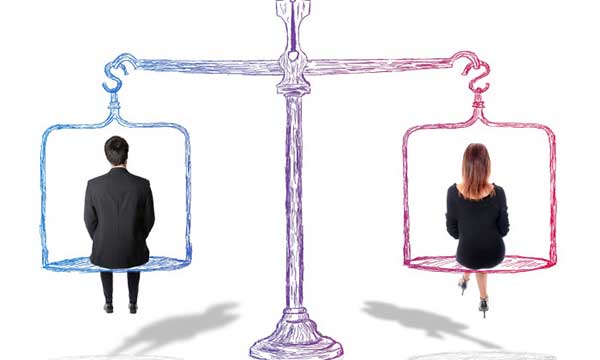 A globe that is generally and personally believed as the age of post-modernism, people in different areas of world are still stuck over the rules and regulations of dark-ages. A boy is not permitted to leave home alone, and a boy is not allowed to spend his life according to his own desires and regarding the issues of females, they are not even permitted to talk and laugh.

The prestige and levels of living a life are set according to ancient rules. The diction and language of a boy and girl are distinguished, the meter for laughing for both of the genders are confined at certain levels, the posture and gestures are also set within the boundaries of ancient times. Regardless of any debate and suspense, post-modernism is just the label of advancement in many areas of world, nonetheless perhaps it is a dream for people living in urban areas. In this age, a girl is scolded for wearing a staller over her head or wearing short shirts and she is strictly told to wear a long and thick chadar to cover herself completely. A girl is told not to wear jeans and tights for the time is not suitable, these all points refer a dark age for both of the genders in this age. A brother is even scolded if he sits near his sister or mother. They are threatened and such threatening statements or actions may result in a dismal life.

The way of life that is depicted in Lahore, Islamabad, Peshawar, Karachi or Quetta is completely the vice-versa of the principles depicted in urban areas. Though they watch television, they have mobile phones, they are aware of everything and they are aware of the laws regarding individual freedom, they impose lawless restrictions upon both genders. The article is not gender-biased, the write-up will go for both genders .There are various issues that are not only faced by girls but also by boys. The girls are bullied and raped, likewise the boys are bullied and rapped. If restrictions are imposed over girls, then there are restrictions that are imposed on boys too.

Girls are deprived of individual freedom and likewise boys are also strictly told to limit their boundaries. They are told to live an aimless life and if they wish to live their life, they are told to live it according to the ancient rules. These all things create a perilous future for the nation as well as society.

There are many aspects of this topic that should go under discussion and some of the major aspects are profession, language, communication, posture & gesture and rights. The rights may include constitutional, religious, personal, fundamental and individual. The communication is defected with the faults of biased regulations too, the communication should be biased in offices, academics, gatherings, and society.

Moreover, the power relationship rules affect the use of language with people from different fields and areas. It is believed that a woman/girl should talk strictly with a man and a man should talk softly with a woman for the sake of honor but in many cases a woman has to use a soft language with a man and a man is supposed to use a strict diction for woman.

The cases differ in different societies; In developed societies, a girl talks openly with males in academics, or staff or institutions for the purpose of communication and knowledge but the same girl alters the use of language with a man who is stranger to her whereas a girl uses a limited language for all males, whether they are educated, cousins, strangers, uneducated, civilized or uncivilized.

The gender inequality or gender discrimination is a topic of great concern in contemporary times. The denial of opportunities and privileges is affecting the societies at a large scale. A report in Daily Times stated that almost 100 million women are excluded from the blessings like progress, peace and stability.

According to the World Bank Global Index report, only 7% of women have access to financial services account. On a general observation it believed that when it comes to profession, 99% of the females are confined to teaching and among them most of the girls are not allowed to teach in a co-educational institution. Pakistan ranks 148th out of 149 countries about gender inequality, Pakistan is considered as the worst performer on gender inequality according to UN Women report.

Pakistan is ranked 146th in economic participation, 139th in education, and 145th in health and 97th in political empowerment. According to World Economic forum, the south Asian countries need years to overcome the issues regarding gender inequality. The Western European countries need 61 years, countries in Middle East and North Africa need 153 years. Such wide gaps for overcoming such issues are alarming situations for all countries. 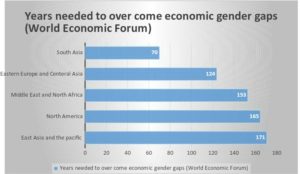 Despite the economic and social conditions, men and women stand equal in Iceland, followed by Norway, Sweden and Finland. The world economic forum adds into the report that women should wait for 217 years to be equal as men or to earn as men.

While, coming forward to Pakistan. Pakistan faces a huge number of obstacles. In rural and urban areas, the principles are quite different. In the urban areas of Pakistan, like Makuran, Punjab side, urban areas of Sindh, girls and boys face too many issues approaching their careers or life partners.

Apropos of issues in Balochistan, it stands poorly on the lowest. In Balochistan the communication is gender biased; a girl who is working in a co-staff is not allowed to communicate with the male staff or exchange contact numbers for the purpose of any official or academic purpose. In Balochistan, a few girls are allowed to persuade their higher education otherwise they are compelled to get married after completing their 10th grade, and a few girls are allowed to do jobs only in female institutes. Due to sanctions and restrictions females hesitate to teach males and males hesitate to teach females amidst the post-modernism age.

The social norms have confined the opportunities. A woman in urban areas is not allowed to travel alone for official purposes or educational purposes. A girl needs more courage and guts to convince her parents to go for an internship or scholarship in foreign countries. After such circumstances, a question rises that why the societies prefer a gender-biased society rather than a civilized society?
The answer to this question may differ from individual to individual since it is a general question and on a general observation, it has been observed but it is the parents who create restrictions for their children and teach them values that are mostly practiced and accepted.

Most of the time, the parents of this age are compelled to drag their children to accept the rules of ancient times for example a girl should not laugh loudly, she should not go outside without a long and thick chadar, a boy should bow down when he sees a girl, a boy should always be strict to all people, boys should not weep because it is the characteristics of girls and many more.

There are some gender biased statements used usually in societies:

1- Mathematics is not a subject for girls.

2- Riding bicycle is not a girl’s work to do.

3- Long hairs is not a characteristic of boys.

4- Joggers/sneakers or jackets coats are not included in girls wear ups.

7- Girls shouldn’t run, drive or punish because these are prescribed for boys.

8- Girls shouldn’t wear watches as boys do or a boy shouldn’t feel shy.

10- A man should not take care of his wife, or shouldn’t be attached with kids because he will be called “joru ka ghulam”.

The second reason is that parents impose restrictions or distinguish their qualities because of the fear; the fear of society, fear of objections, fear of loneliness and fear of exclusion. If parents allow their daughter to study outside their region in a co-educational institution then the society will exclude them. If they do not tell their son that weeping is a girlish habit then their friends might not accept them.

The second question is what are the consequences of having a gender biased society? The consequences of a gender-biased society are that the both genders face hurdles for approaching their goals and careers. As a matter of fact, now-a-days all educational institutions are co-educational so the both genders need to take care of so many things like wearing jeans or not, wearing stallers over coats or not, going with veil or not, sitting, standing, laughing loudly or not, shaking hands or not. In some areas, a girl cannot even talk with a boy in the premises of an institution due to the imposed restrictions. In some cases, many restrictions are applied for the sake of welfare of an individual but in many cases gender inequality kills the dreams like if a girl wants to be a police officer, so it is not considered an optimum profession for females. Likewise if a boy wants to teach or cook, then these professions are not considered optimum for male.

Likewise, if both of the genders are offered with a scholarship in a foreign country then they are not allowed to go due the social norms and gender rules, such things kill the dreams and goals of an individual.
In order to conclude the narrative, it is believed that the gender-biased societies should diminish the ratio of restrictions and should treat the male and female equally. A girl should not be told to be gender-biased while communicating, and it should not be strictly told to them that there should not be any communication with the opposite gender.

A girl should not be told to wear makeup or dark lipstick to look like a girl, or to bear long hair on the head; she should not be told to pierce her nose and ears to look like a girl.The lifestyle and living a life knows no gender, all it needs is living with hope, integrity and spirit and neither hope, integrity nor spirit has any issue with gender. Communication should be communication, free from gender issues, a girl should be free to talk with a male within the premises of institution and every female knows her boundaries so it should not be a rule to keep them away from communication. Professions should not need the gender as an eligibility criteria or in most of the cases the vacancies are announced by keeping the gender issues in mind, a profession only needs power, trust, confidence and again integrity, it should not be measured with gender issues.

Keeping short hair, or wearing jackets should not be discussed under gender inequality because wishes, desires and lifestyle has nothing to do with gender. One needs to keep a good heart and an optimistic view and the power to handle situations. The gender shouldn’t be the entrance to enter any field, to communicate, living and keeping choices.