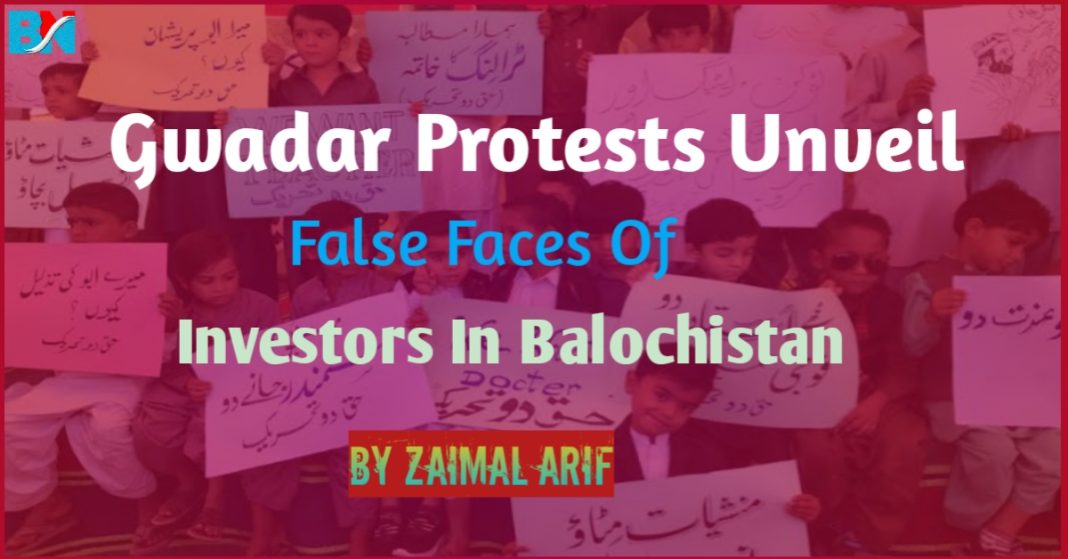 Share on Facebook
Tweet on Twitter
Balochistan has been a province with several major setbacks. One of the present setbacks is the series of Gwadar protests which has been a massive and prolong protesting rhyme in Balochistan for the attainment of basic human rights of the people of Gwadar. It has been more than two months that the protesters are continuing with their protests under the leadership of Maulana Hidayat Ur Rehman of Jamaat-i-Islami. This series is named as “Haq Do Tehreek“ (Give Rights Movement). Hussain Wadhela, too, has a leading role in this movement.
When the protests intensified, mobile networks and Internet were shutdown across Gwadar district on December 26. In the same duration, various members and leaders of the movement were arrested including Hussain Wadhela (who are yet in the custody of police) while Maulana Hidayat succeeded to escape from the surface.
In general, the protests are for very fundamental needs. The demands added the depletion in check posts, easing the border trade, an end to deep-sea fish trawling, safe release of missing persons and many other basic needs and rights. When CPEC was lunched in 2015, it was promised to the citizens of Gwadar that the city would turn into a fishing hub which would be a doorway to employment for the locals. But, after a passage of over seven years, the people of Gwadar are yet deprived from their fundamental rights.
Whether no fulfillment by China or the federal/provincial governments, the masses in Gwadar yet grieve for a peaceful and easy life to live. They want clean water for drinking. They want electricity and job opportunities. In contrary to what they said, Gwadar port project is not helping Balochistan in general, Gwadar in particular, to solve its prolonging concerns, but even furthering it. It shows the project is one-sided with mere facilitation and economic development of China only, perhaps with some vested interests for the federation and other federating units. Chinese, instead of ensuring the rights of the people are served well, have also depleted the fish stock where several people in Balochistan are depended for their livelihoods.
Now, finally Gwadar’s people have stood up and are fighting for their rights. These people want those basic necessities which were belong to them. Although thousands of women, men and children gathered and closed all markets, shops, business centers and various roads are also shut down. To make everything normal, governments need to think with cold minds the solutions of the ongoing protests.
The arrest of senior movement leaders like Hussain Wadhela is one factor of worsening situations. He, along with other workers, should be released to ensure peace is maintained in Gwadar in particular, Balochistan in general.
Facebook Comments