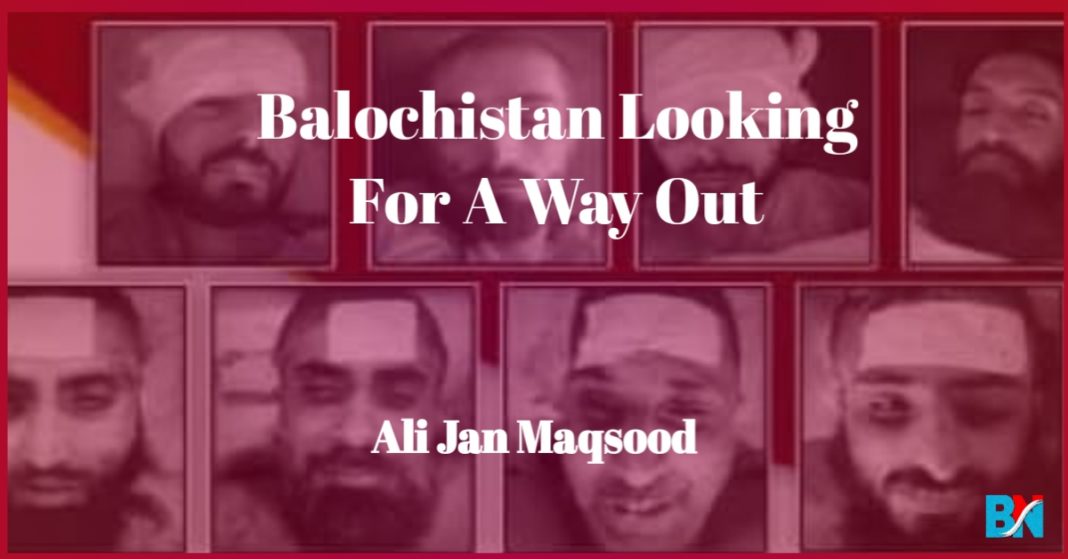 Not too long when Rana Sana Ullah entered into negotiations with families of Baloch missing persons over their 50-day long sit-in against ‘fake encounters’ and their disappeared ones’ production, the ‘trend’ further continues in Balochistan with ten more encounters that the families reckoned to be those of their missing loved ones. The same story goes on of linking them with outlawed, separatist organisations – an allegation the families have been continuously denying and challenging in the higher forums.

Following the ‘fake encounters’ of the Baloch youth, Baloch Yakjehthi Committee (BYC) announced of an online Twitter campaign last night with the hashtag of #StopBalochGenocide including a call for protesting rally tomorrow (October 20) from Bolan Medical College (Brewery road) to Hockey chowk.

Considering the present situations, Balochistan is badly moving towards a black hole of certain miseries. Amidst such a scenario, Baloch youth are in grave dilemma towards their education in fear of being abducted. The case of Sohail Baloch and Fassieh Baloch is yet unresolved, while students fear fake encounters for them as well. It won’t be hesitant for them, students believe, after they found Tabish Baloch, student political activist, thrown away in the name of an encounter.

On the other hand, the Balochistan National Party-Mengal (BNP-M) chief, Sardar Akhtar Mengal leashed out at the ‘powers’ behind the incident of fake encounters. He questioned Pakistan’s National Assembly (NA) behind the tragic incident terming them ‘fake’. He summed up saying not to drag them to a ‘point of no return’.

Mengal’s point of no return is practically applied by Baloch youth at a growing pace in the recent past. One reason, including the others, is of the recent wave of growing cases of enforced disappearances and fake encounters. Receiving family restrictions of an education in fear of abduction and mental disturbances in campuses, they feel they are enough with the ground situations and hence turn to the Mengal’s point of no return.

Hamid Mir, senior journalist, has some similar reservations. After finding a Baloch student’s disappearance, Mir raised the issue in the available platforms including a Twitter statement asking for his safe release, he was left dumbstruck finding him dead in an encounter. He questions the ruling government and powers of continuous Baloch genocide. He held Law and Interior ministries accountable asking them to accept they have governance, not authority.

As a whole, the recent incident of Nishtar hospital (Multan) had not been resolved where some claim 200 (while some other sources say 500) dead bodies of ‘unknown’ persons had been recovered. Despite the formation of a committee to inquire the case, nothing has come out of that yet. Within hours after Nishtar incident, six Baloch in Mastung and four others in Kharan were found dead who were claimed to be of outlawed organisations, which then turned out to be of Baloch missing persons. The families fear Nishtar hospital’s received corpses may connect with their loved ones and are simply asking for DNA tests of the bodies including a thorough probe to the case.

After protesting for fifty-days in Quetta’s Red Zone and successful negotiations with Pakistan’s interior minister, the families of disappeared Baloch are looking for a way out of all these pernicious situations. 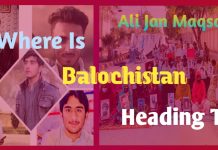