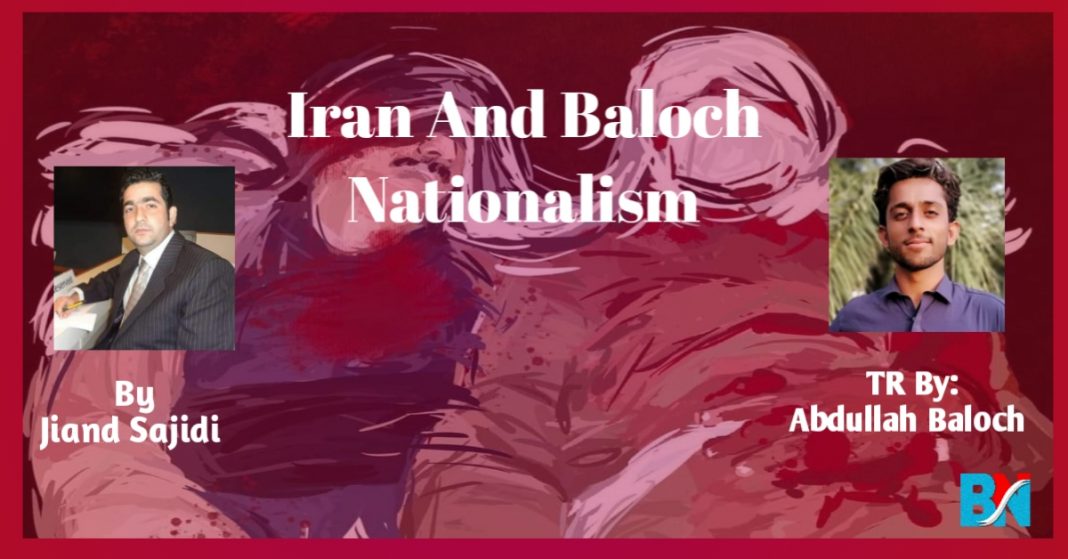 Regarding the scientific definition of nations, an eminent scholar on the subject of nation and nationalism, Seton-Watson, writes that scholars of nation and nationalism have several times tried to agree on a single scientific definition of a nation, and multiple times they have failed. The main reason behind this is every nation uses different methods to form its national identity. Some nations claim to be nations because they share the same language: some claim to be a nation on the basis of their homogenous religion, while certain nations consider themselves nations because of their common geography or a single state, he further added, “I have driven to the conclusion that there is no scientific definition of a nation.”

Another prominent name in the field of nations and nationalism, Benedict Anderson, writes that about the nation that nation is an imagined community that is often used by political groups for their political aims. Consequently, he termed the nations as imagined political groups.

George White further adds that it is not necessary that every time language remain a potent force in creating a national identity, the pertinent example of this is the former Yugoslavia. Serbian and Croatian were two big communities in erstwhile Yugoslavia. Both spoke a single language but Croatian nationalists used religion for establishing their distinct national identity., Croatians belonged to the Catholic sect of Christians, while the majority of the Serbians were Protestants.

George White further describes the religious card is not always successful in giving identity to political groups. For instance, take the case study of Kurd nationalism in Turkey and Iraq. Like Kurds, the former rulers of Iraq and present Turkey belonged to the Sunni sect. But, despite hailing from the same religion, Kurds maintained their separate identity through their language and history. The card of religious nationalism has also miserably failed in Pakistan, the biggest example of which is the separation of Bangladesh in 1971 on the basis of a different language.

Professor Salman Shafi Shaikh of Quaid-e-Azam University Islamabad describes that Baloch nationalism in Pakistan occupies a unique place in the field of nations and nationalism. Neither Baloch speaks a single language nor are they the followers of a single religious sect. They speak different regional languages such as Khetrani and Dehwari, and two central languages Brahui and Balochi. The majority of them are followers of the Sunni sect but a massive proportion of them is also believers of the Zikri Sect in multiple areas of Makran Division, coastal areas of Lasbela district, Karachi and Jhalwan. In spite of the fact that Baloch does not share a same language and a same religious sect, but Baloch nationalist movement in Pakistan qualifies to be called a strong nationalist movement.

The Baloch nationalists in building their identity have ignored language and religion, and they have used the common Baloch history, common geography, and common culture. Seton-Watson explains in his book that while defining nations, nationalists try to give such a definition by which they can prove opponent nations as fake nations.

For example, Joseph Stalin writes in his book “Nation and Nationalism” that four factors are important in constituting a nation; they are a common language, common geography, common economic life, and a common mental makeup. According to him, any nation without these four characteristics does not qualify to be called a nation.

Seton-Watson is of the view that while defining a nation Stalin had some political motives. He intentionally neglected religion in the characteristics of a nation because he had to face the Jewish national movement and he attempted to prove that Jews were a fake nation because Jews define their nation on the basis of their religion.

During the zenith of the British empire, the subcontinent (India and Pakistan) and Balochistan were colonised. Here, too, for their political goasl, British writers wrote books about Baloch and Muslims of the subcontinent. When imperialist authors write something about the people, they colonialised, then the aim of their writings will be political, not academic. Sometimes, the so-called imperialist writers give national identities to occupied nations.

To weaken the Indian nationalism of Congress, Britain declared Hindus and Muslims as two separate nations. Like Stalin, the purpose of the British was also to declare the Indian nation unreal and to a great extent, they were successful in their political aim. Even the so-called intellectuals of Pakistan Studies usually use these colonial writers as a point of reference.

Hindi and Urdu are considered to be the two main languages of India. They are so similar that they cannot be given the status of two different languages. The speakers of these two languages can easily speak with each other. But ironically, Britain’s rendered identity received more endorsement in those areas where Urdu and Hindi were spoken by the majority (UP, Bihar, and Delhi).

Similarly, the British also divided Punjabis on the basis of religion, despite the fact that they possessed a unitary language and geography. The given identity by Britain left a great impact on Punjabis that at the time of partition, Sikh and Muslim Punjabis fought among themselves and one million Punjabis died due to the identity given to them by their colonial masters.

Contrary to the card of religious nationalism in the subcontinent, the same British played a different card of nationalism in the Middle East. Prior to the first World War, Turks governed the Arab World in the shape of the Ottoman Empire. A British spy, whose name was Lawrence, went to Arabia as an Arab Imam and convinced Arabs that nations are not built on the basis of religion, but on the basis of common language and race. As the race and language of Arabs are distinct from Turks, so the status of Arabs in Turks dominated Ottoman Empire is that of a slave class. Its effect was that at the time of the first World War, Arabs supported the British, and as a result, Ottoman Empire collapsed and numerous Arab monarchies were established.

British tried their level best to affect the national identity of Baloch in Balochis tan. They tried to divide Baloch on linguistic basis. According to Professor Ghulam Farooq Baloch, when court (Darbari) intellectuals of Mahmud Ghazni visited Balochistan. He talked about Baloch in his book “Shahnameh Ferdowsi” But he did not utter a single word about “Brahui”. Similarly, Arab and Iranian authors also wrote merely about Baloch and never discussed the word “Brahui”. He added that when the British came to Balochistan 800 years after Ferdowsi and for the very first time they used the word “Brahui”, giving the assumption that it was a separate nation from Baloch and their language was declared Dravidian language without any scientific proof and research. It must be noted that for centuries, the Brahui language has been called the Kurdish language in different areas of the Jhalwan and Rakhshan regions. Contrary to the Middle East and the subcontinent, the political writings of British authors left no impact on Balochistan.

Inayat Ullah Baloch explains in his book that when the State of Kalat (Balochistan) announced its complete independence on the 11th of August,1948, it had two houses and the majority of members of both the houses were composed of Brahui-speaking Baloch. But despite this fact, both houses unanimously declared Balochi as the national language. In this way, the British’ manufactured identity left no imprint on the Brahui-speaking Baloch.

It has been observed that sometimes, the nationalists of subjugated nations, to protect themselves from imperialistic or state-given identity, try to focus on those characteristics of nations that can differentiate from the identity of the colonizers or the state. For example, Baloch intellectuals in East Balochistan (Pakistani Balochistan) had given the assumption that nations cannot be established in the name of religion, they have done this to escape from the ideology of Two Nation Theory and promoted the ideology of secularism in Baloch society to secure themselves from merging into the state’s national identity.

Baloch scholar, Jan Muhammad Dashti, writes on this perspective that Baloch are good Muslims but they will not sacrifice their national identity and become a part of the nonexistent Muslim nation. Hence, Baloch leadership has defended the Baloch national identity in Eastern Balochistan on the basis of common history, common geography, common culture, and secularism.

While the Baloch of Western Balochistan (Iranian Balochistan) defended their national identity in a separate way. Iran is a multinational state where different nations live. Iran’s state intellectuals used the card of the Shia sect for establishing Iranian national identity because the majority of Iran’s population belong to this sect. But Baloch and Kurds are the followers of the Sunni sect with a minority number there. The Baloch leadership there has protected their identity with Sunnism and has successfully defended Baloch from being assimilated into the state ideology of Iran.

Baloch paid a huge amount in Iran for sustaining their separate national identity. They are deprived of high-ranking jobs in their own province because it is documented in the Iranian Constitution that for appointment to any high-profile job, it is a requirement to belong to the Shia sect. It is because of this discrimination that Iran had to face Baloch resistance at different times. Currently, the Iranian regime is witnessing another wave of Baloch uprising on the streets of different parts of West Balochistan, particularly in the capital Zahedan. As a result of this, more than 82 Baloch and multiple Iranian officials have to bite the dust.

The tactics used by the Iranian government to tackle the issue there come under the category of state terrorism as Iran has resorted to brutal atrocities to get things under control. Surprisingly nationalist parties and student organisations of Eastern Balochistan have maintained criminal silence on the Iranian state’s barbarism and no protest has yet to be seen. Several people while justifying their criminal silence have written on their social media accounts that the current chaos in West Balochistan is a byproduct of religious fanaticism and it is not due to Baloch nationalism.

Perhaps these people are victims of little knowledge about nationalism and they are of the view nationalism can merely be on the basis of geography and culture, while religion has no role in it. Even though, history is witness to the fact that religion has been the driving force in multiple national movements around the world. Thus their opinion that the conflict in Western Balochistan is not a conflict based upon Baloch nationalism but rather the conflict is due to religious extremism is indeed a humiliation of the sacrifices that the Baloch of Western Balochistan have paid for maintaining their distinct national identity in Iran.