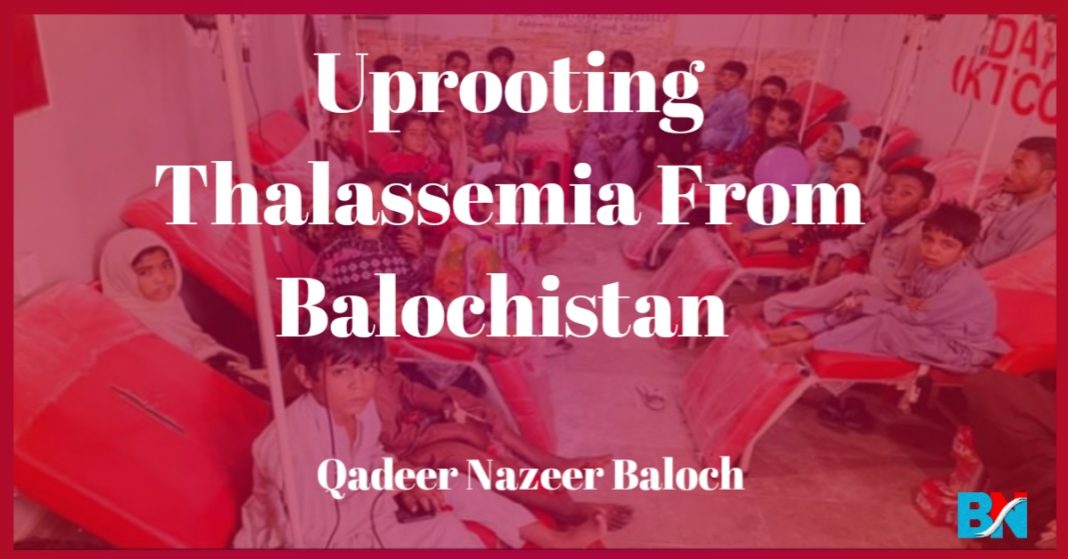 Thalassemia is an inherited blood disorder that causes in a body to have less hemoglobin. It enables red blood cells to carry oxygen. It can also cause anemia, leaving one fatigued. It has various symptoms including fatigue, weakness, pale or yellowish skin, facial bone deformities, slow growth, abdominal swelling and dark urine.

As it is genetic, thalassemia affects the children from their birth which has, thus far, no treatment other than naturally getting well – which rarely happens. Other than this, they are to be rendered blood on time, that too only red blood cells and not white. In case if red and white blood cells are mixed and transfused to them, it will cause correlating issues including facial bone deformities, yellow and pale face, abdominal swelling and so forth.

Most of the developed countries of the world have finished the roots of thalassemia by testing their blood cells prior to marriage and taking some other concerned measures. Their action was, however, timely which proved beneficial for them to curbing the issue from the root level. But in Pakistan, it still subsists at a large number, particularly affecting Sindh and Balochistan the most.

Only in Balochistan’s Makuran division, there are more than 500 thalassemia patients who need blood either monthly, fortnightly, weekly or after every three days. Thanks to Kech Thalassemia Care Center, a non-governmental organization working to collect blood from the masses and transfuse them to thalassemia kids in Kech freely and timely, that the patients in the district are benefiting from it, but rest of the districts in Balochistan are suffering severely.

If nothing else, we can at least play our part in eliminating thalassemia in the easiest possible way which is testing our bloods before marriage. This is how we can even sway away the appearance of thalassemia, but only if we do that in practical. Because at the end, it is again us who have to do it or else we will continue suffering from thalassemia in ages to come.