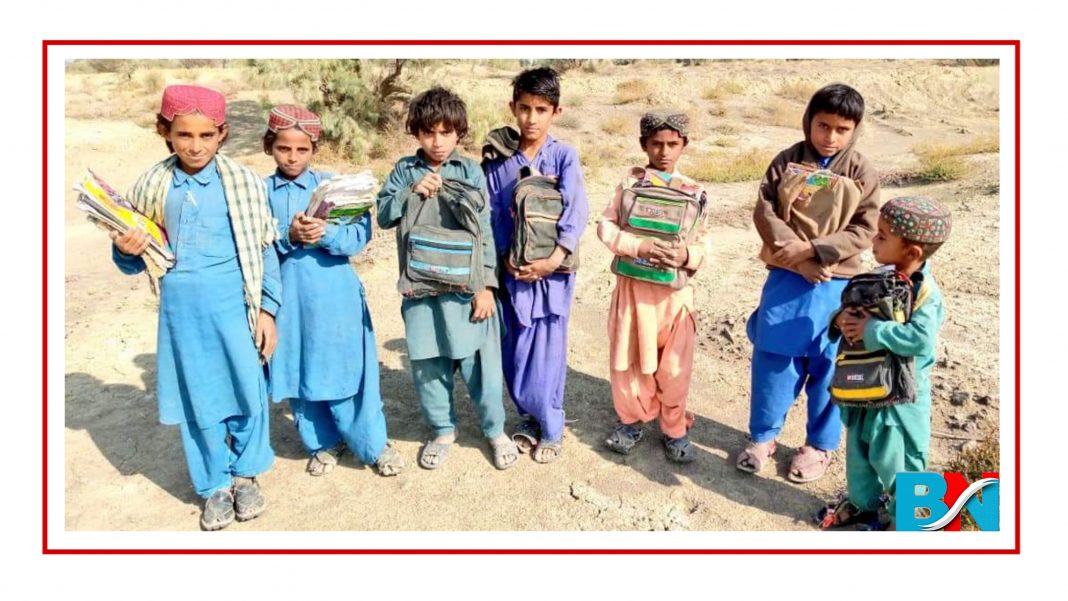 Kalatuk is a small town which is nearly 25 kilometers away from Turbat city of Makuran division (Balochistan). The town, which lies in west of district Kech, has approximately a total population of 9000 people. However, the residents of the area are facing various issues such as poor heath conditions, lack of proper roads, lack of drinking water and so forth. The major and most worrying concern of the town is the schooling crisis.

When it comes to schooling crisis in Kalatuk, the region is understood as one of the most backward areas in district Kech. As there are plentiful issues related to the poor schooling in the area such as lack of teachers, classrooms, toilets and sufficient textbooks for the students.

As per the declaration of a local person based in Kalatuk, the town is only comprised of one high school which can barely provide proper education to the students as the number of students boost up every year enormously. As well as the school suffers from acute shortage of all the prerequisite facilities. One believes that the classrooms and all the other basic needs only have the access to solve all of the schooling crisis, but unfortunately, our concerned authorities are highly ignoring the poor education system of the region.

In fact, I have also completed education till matriculation from Kalatuk. I felt I went through a poor education system there. As I observed the scenario very closely, the system really disappointed me to find punctual teachers. However, Kalatuk’s school already lacks significant teachers, yet those teachers who make their presence in office, hardly makes it to the classes.

Secondly, acute shortage of classrooms has put a strong upheaval on our school’s education system since due to lack of classrooms students are compelled to wander outside in the boundary of school and play games to waste their precious times.

Most importantly, a lack of sanitation is one of the biggest issues of the dropouts of girls. Particularly, girls feel that they are not comfortable in the school without sanitation, yet the teachers have to realize the basic issues of the female students. According to a local report, a big number of students quit up their education due to lack of toilets in schools.

One wonders that Balochistan is so rich in producing various natural resources yet its rural areas have to be developed by the government. In short, I request to the provincial government to look for the matter and solve the aforementioned issues of Kalatuk’s school.