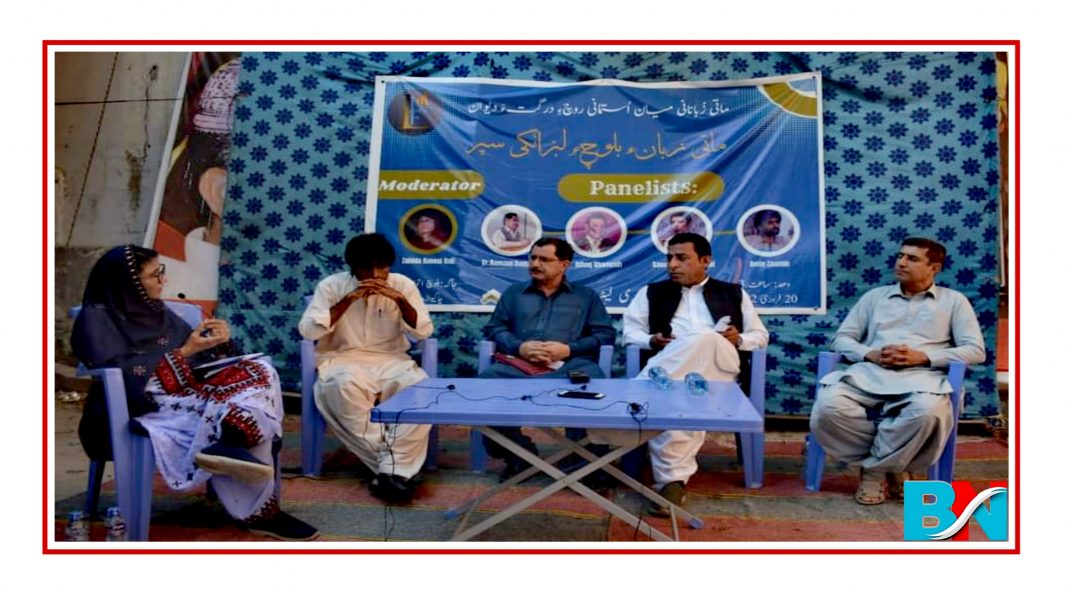 21 February was declared to be the International Mother Language Day by UNESCO in 1999. It has been observed throughout the world since 21 February 2000. The declaration came up in tribute to the Language Movement done by the Bangladeshis.

Truly said “language is the road map of a culture, it tells where its people came from and where they are going.” No doubt, It is the mark of an unprecedented nation to preserve its language and Lyari Literary Forum is one of those platforms which strives day and night to keep alive the honor of their mother language. Besides, the Liyari Literary forum held programs on the importance of the mother language every year on 21st February regarding the International Mother Languages Day.

Therefore, Lyari Literary Forum since its creation has been celebrating International Mother Languages Day” 21st February” to promote, preserve, Love, respect, and value the Mother language. LLF’s sole mission is to carry out the duty to provide as much as awareness possible to the Baloch nation about the importance and dignity of their language.

The Moderator of the program was Zahida Raees Raji, a literary writer, scholar, and IT professional.

The program was paneled by four panelists. One of the panelists of the program was Saeed Zubair Dehani, MA linguistics from Payap University Thailand and he is the director of the Institute of Applied linguistics. The second panelist was Amin Zaamin Baloch, an MPhil Scholar, and writer.

The third panelist of the program was Ishaq Kamosh, a poet and researcher.

The panel discussion was in three rounds, each panelist was asked 3 questions and then the program was opened for the audience to question.

The panelists said that Balochi is an ancient and historical language and Baloch has been preserving this language for thousands of years. The way young poets and writers are working for the Balochi language is satisfactory while adding that every effort has always been made to harm the Balochi language. They said that language has a very important role in the survival of the history and identity of any nation. Instead of getting lost in this modern age, Balochi is being spoken more and more. Language is so significant that it will hold any nation’s civilization, culture, history, norms, and values which make it distinct from others. In other words, the loss of language is the loss of identity. That is the reason nations hold on the responsibility to preserve the language in the shape of standardization, distinction, and codification of its form, structure, and syntax.