Home Latest News We should all be feminists 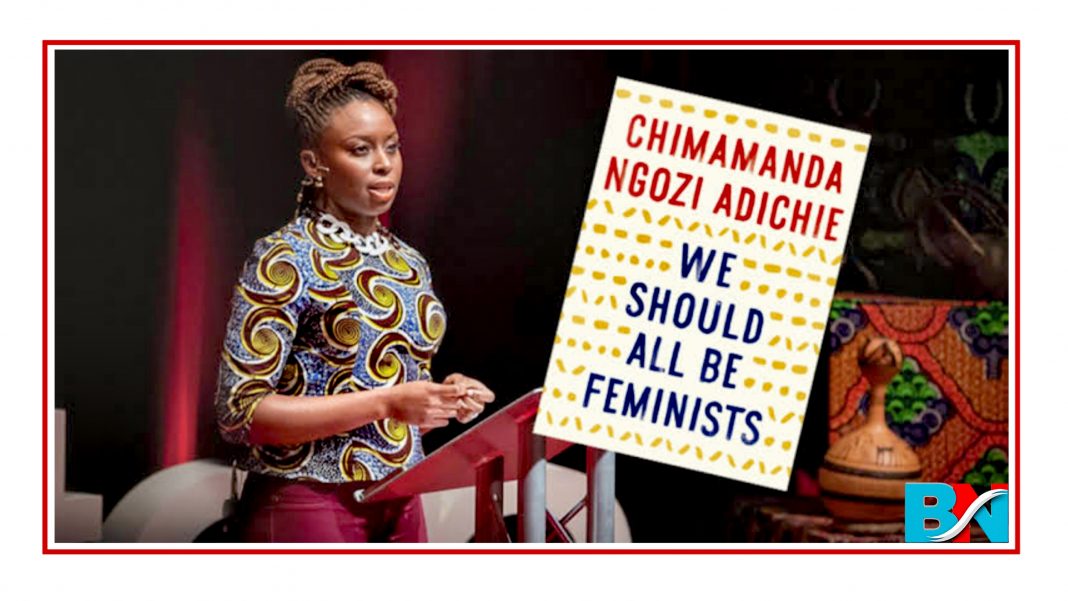 Two years back, a dear friend of mine asked me, very politely though, “Why do you call yourself a feminist and not an egalitarian?”

To which I replied, “Oh well! I think it’s because feminism is about equality.”

“You should call yourself an egalitarian since the terminology has less negative connotations here”, he suggested.

So I preferred calling myself an egalitarian for a long time until I met some very inspiring people (mostly women) who were feminists.

Now fast forward a couple of months and so many incidents and cold and unhealthy conversations about feminism in between. I have proudly started calling myself a feminist now regardless of how people here perceive feminism and the negative connotations interlinked with the terminology.

Coincidentally, I came across this eye-opening book of Chimamanda Ngozi Adichie; We should all be feminists a couple of weeks ago. After reading the book not only I’ve realized how feminism regardless of where in the world it might be, has a lot negative connotations related to it, but also understood why feminism is so important.

This book was originally a TED talk and was later published in 2014 as a book-length essay which talks the modern day’s feminism.

Chimamanda shares her journey of how she finally stood out calling herself a feminist and how ‘feminist’ in her African culture was deemed as something western, a propaganda of women who were unhappy with life and couldn’t find good husbands so they called themselves feminists whereas in actual feminism is at its core, is the belief in full social, economic, and political equality for women. It advocates for equal rights and opportunities for women.

As Chimamanda mentions in her book on why its ‘feminism’ and not something as ‘human rights activism’: although feminism is a part of human rights in general, but choosing that vague expression would draw the attention of the masses from something specific to something generalized. Not calling it feminism would deny the problems and obstacles that targets women specifically. Women in so many levels in their domestic lives as well as professional ones face disparities because they are women, not because they are human. When we change the name of it, we are denying that bad things happen to women because they are women which in a way would be very dishonest.

Another thing that the writer tackles is how when the gender issues of women are discussed many bring up caste, religion, minorities and class that people (especially men) from this certain group suffer too. Well, that’s true. Men in certain groups have their ways of suffering, but they have their privileges too. Women from those groups suffer worse because of their gender.

The writer also tries to shed light on how culture is a man made thing and anything that is man made should have a space and possibility for changes as the time passes. As she quotes, “ Culture doesn’t make people. People make culture. If it is true that the full humanity of women is not our culture, then we can and must make it our culture.”

The idea that feminism hates men, considers women superior is baseless. Feminism supports and asks for equality; women and men being considered equal and given equal freedom and opportunities. Many misinterpret equal as identical which in many ways is baseless too. Women and men are different by appearance and physique due to their biological anatomy, but depriving a woman/man from opportunities, freedom, choices because of the gender is wrong and highly inhuman.

To anyone looking for answers of why they should be called a feminist and why is feminism so important in today’s world, should definitely read this thought-provoking book, for this will expand the horizons of one’s limited thoughts and ideas on feminism. It definitely give them some insights on feminism.