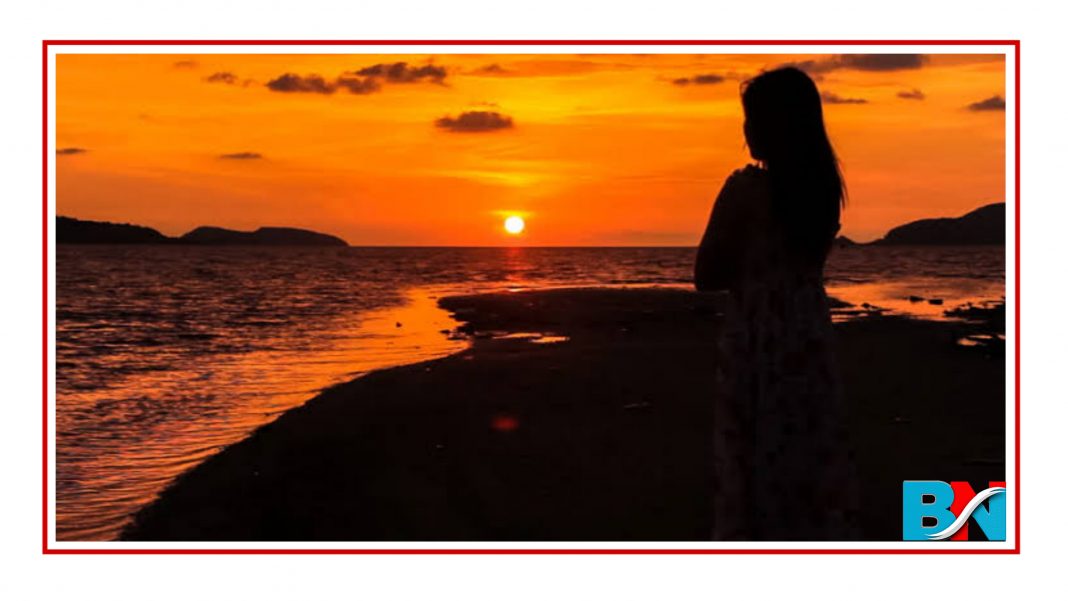 It was a quite pleasant evening with an unending essence of hopelessness. Mahi was drained and unable to reply her own self. It was about 6 p.m and the breeze was blowing gently, carrying a soulful fragrance within it. Mahi was sitting on the edge of Neheng River. The spark of setting sun with the pleasing wind solaced her tiredness and revived her.

Though she remembered the sunset as once she sat at a little distance from Hasnain and stared at him. Hasnain was dispirited and was waiting to befriend the death. So was the death.

Hasnain’s tempting smiles and innocent face were always apparently visible within her teary eyes as whose hopeless soul did not adjust himself to dwell in peace, which made Mahi wandered.

Mahi closed her eyes and scrutinized the jarring memories wavering through her mind, remembering all those peaceful moments which were spent with him, not wanting him agonize death alone. The boy died a year ago whose voice is absorbed by her, his image still stayed in her eyes. His ruth was screened on her eyes and each of his words were captured by her.

She is still bound to suffer a lot. She still hears the voice of his wretchedness as once he screamed aloud.

“Is there anyone to free me from this torture cell? I am suffocated here. I no more bear my own departure from myself. Neither have I had an existence nor a non-existence. I befriended nothingness. So did the nothingness.”

The said words of Hasnain made Mahi suffered even more until her last breath. She was dead-silent after witnessing the misery and soreness of the blue boy as he tussled with the death and lost himself.

It is the same day. It bounds the life within the death. Mahi is no more waiting to succor herself. She is submerged with sufferings and she befriended the death. So has the death.

The hope of life is only discernable from her eyes. But by now, neither life has the existence nor the death. Both suffered equally. The graveyard is proud to own the death that has befriended life and exposed souls.