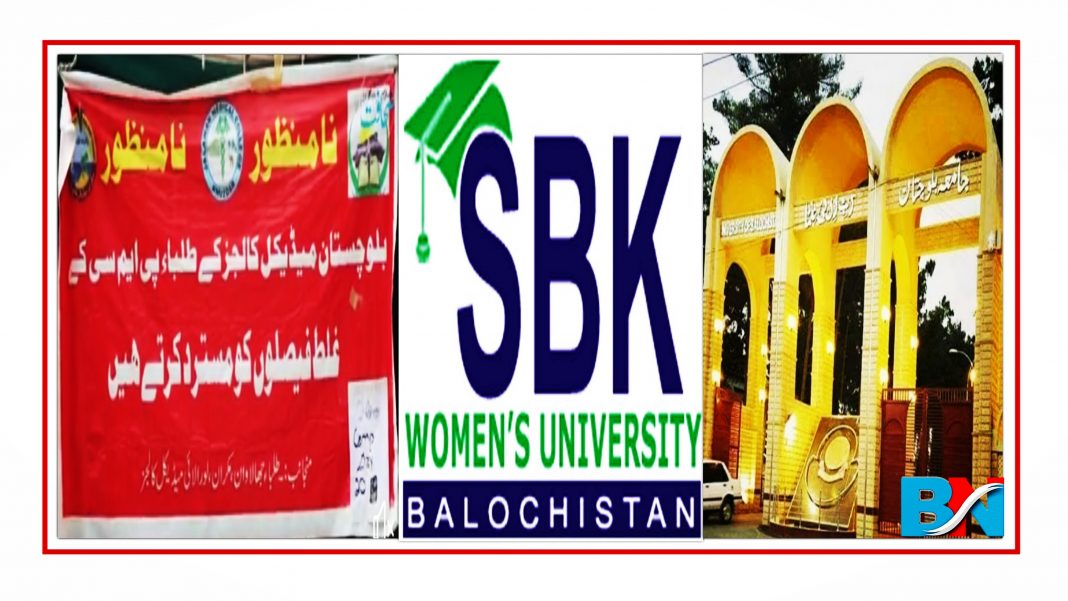 Balochistan Awami Party (BAP) in their first cabinet meeting on August 28, after coming into power in 2018 elections, announced to impose educational emergency in the province. Zahoor Buledi, then and now minster, in a press conference announced to recruit 10,000 teaching and non-teaching staff in the education department on vacant posts. One billion rupees were also approved for various facilitation of the students.

But after three and half years have passed, the situations seem to be worsened, especially in the rural areas where government has completely failed to deliver. Lack of transportation, teachers’ shortage, no proper buildings for the schools and other missing facilities such as pure drinking water and toilets add more to the hurdles being faced by the students in the remote areas.

Likewise, University Of Balochistan suspended its professional examinations which were to be held in November and declared its winter vacations before time after university was closed by the protesting students suffering from insecurity. As two students, Sohail Baloch and Fassieh Baloch, were whisked off from university hostel on November 1.

In a similar manner, Sardar Bahadur Khan Women University, the only women university in the province, suspended its academic activities and announced winter vacations prior to the time due to students’ protest asking for provision of facilities in this extremely cold weather of Quetta.

Above-mentioned issues being faced by the students of the province from the school to the medical colleges and university levels are a clear reflection of government’s failure to deliver in the field of education, which need immediate review of the policies made earlier to bring educational reforms. If steps are not taken before it is too late, things may go worse in future. Government ought to think of the futures of the nation.