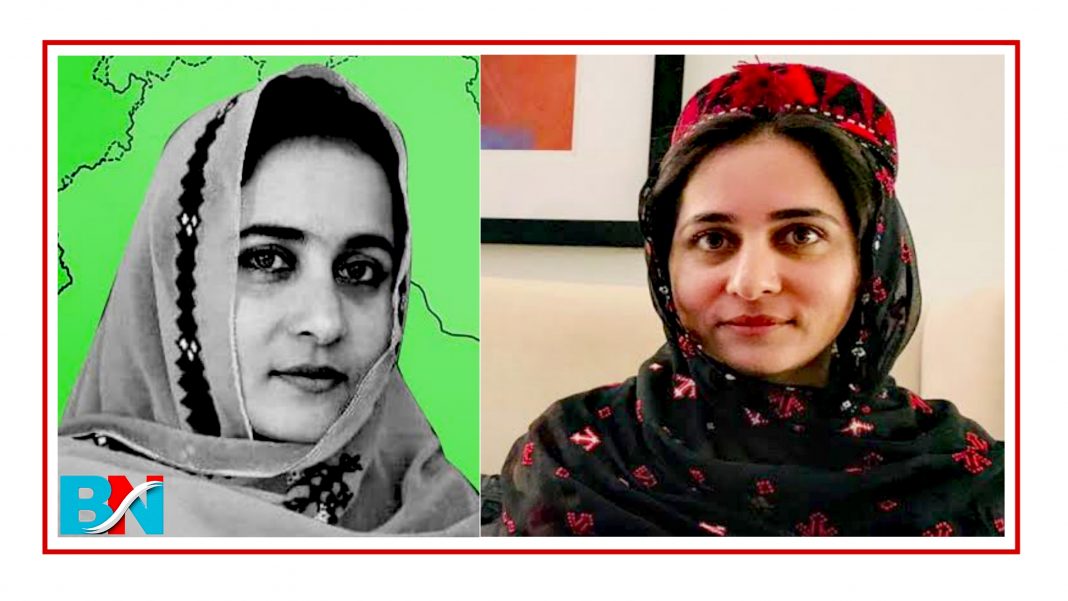 Banuk Karima Baloch opened her eyes in the home of Mehrab Baloch on 8th of March, 1983, in Tump, Kech Balochistan. She started her political journey with Baloch Students Organization (BSO) in 2006. She worked from dawn to dusk for the Baloch cause. In 2015, due to certain unfavorable circumstances, she went in exile in Canada. In 2016, she was named in BBC’s list of top 100 influential and inspirational women of the year. She was well-known across Balochistan for being a Baloch national activist and breaking the taboos in the Baloch society being a woman.

Besides being a national activist, Banuk Karima Baloch was also a literary woman. She was a poet, fiction and non-fiction writer. She portrayed Balochistan in her writings. She was a writer of true face of her nation. I reckon her story, Ruzhn-e-Koloh, the best among her writings I have come across. The story is based on a winter night. The story begins with the character of an old man with a wish; to set his son free. The memories of the old man are based on the cruelties of the rulers who unbearably killed the youngsters of the town. The story narrates killings of the youth, raping the women and mutilated dead bodies of the students, in particular, of “poor Balochistan” which led Banuk to enter into politics.

Banuk started her journey to portray to the world that Baloch women are not knotted by shackles; they can fight for their necessary needs and rights. She showed that culture, religion, society and traditions could never stop anyone to rise. Her tireless efforts made way for other girls of the region to come forward and render their services for the national cause. Although she was abused with sticky words, but that could not stop her to uplift her political ideology and empowering the women. And then she became an ideal for the Baloch and other women who were afraid to speak up for themselves.

She was called “Lumma” (mother) because she cared for every Baloch like a mother and so much brave against those who were exploiting her land. She brought a revolution amidst both the genders men and women and induced in them a sense of collectiveness. She was a light in the dark cave for the people of her nation. Karima was fond of glare in the dark night of winter. She saw a spark in her society which was very far from her. Her complete life finished (physically) for reaching out to that spark. She has left such a legacy on which the entire nation should walk on and a gap which we never be able to fill again. Her ideology exists, her presence is felt, and her fragrance is everlasting everywhere in Balochistan.

Last but not least, Banuk Karima’s physical existence got finished in a lake of Toronto city of Canada on twenty-first December, 2020. Baloch nation always feel her absence in every step of their success or failure. Today, a nation is orphaned but how come one orphan the ideology that Banuk left behind? The international community have to find out the real culprits behind Banuk Karima Baloch’s murder. She had taken political asylum in Canada. Although they (Canada) claim to be a safe country, but unfortunately, in broad daylight, a lady goes missing in the “so-called” safe country, her dead body is thrown in a lake and the country’s police are unaware of what is going on in their state. It creates doubts on the credibility of the law enforcement agencies of the country.