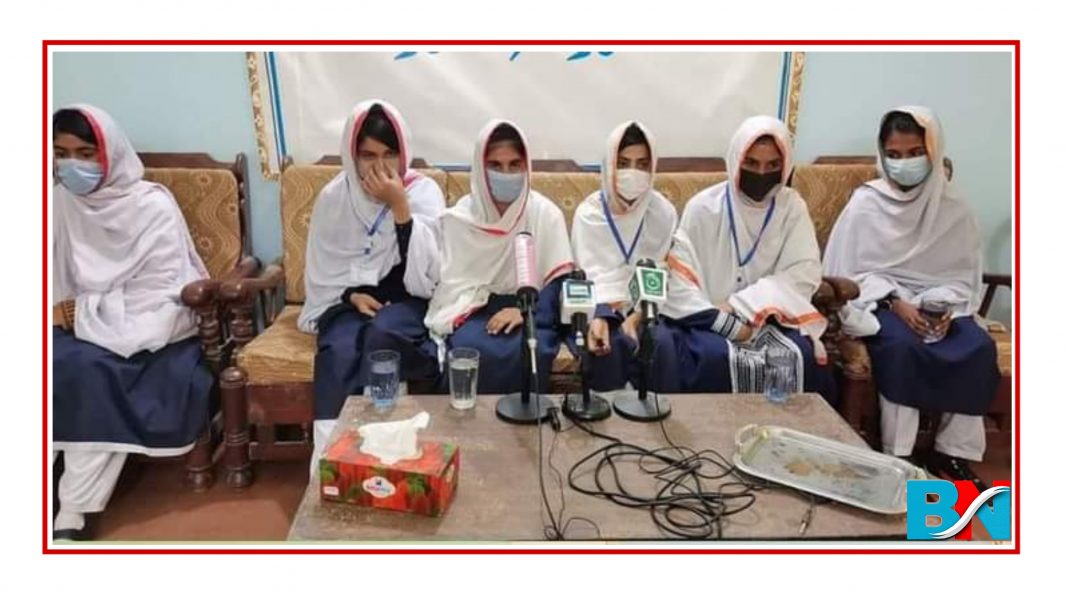 Students of Government Girls Degree College Turbat complained of lack of transportation which causes them to quit their education after matriculation.

While addressing the media persons in Turbat Press Club, the college girls of Shahrak, Shapuk, Sami and Herronk (some 34 to 60 kilometers away from Turbat city respectively) said that their college bus was not functional for the last seven months which was causing them serious issues vis-à-vis pursuing their class attendance.

They further added that they had the only option to hire a local car which takes 4,000 rupees from them on a monthly basis. But, Balochistan’s poverty ratio is about 70 percent, acknowledged by provincial minister for planning and development, Zahoor Ahmed Buledi. The ratio is higher in the rural areas as compared to the urban.

On the other hand, principal of the college stuck off the names of most students due to absenteeism and is asking them to get their names readmitted with a fine of rupees 500. “We are already suffering from poverty and looking for ways to coming to college, but an extra fine is enhancing our worries,” briefed the students.

The college principal says in response that all six tyres of the college bus are burst, engine is out of order and seats are destroyed. “It needs six lakhs to repair the bus.”

The principal adds that the college has already the debts of eight lakhs which are not paid yet; and the college purse has not such an amount to solve the transportation issue. The students allege that higher authorities send the funds, but they are not spent on the college and bagged in, either by the principal or someone else in the middle. “They are well-aware of the whereabouts of college funds better.” The students hinted.

They, the students, requested the Deputy Commissioner Kech Hussain Jan and the Tehsildar Turbat Sher Jan as well of their grievances, but it could bear no fruits to them. “We are even ready to contribute by ourselves, teachers should also donate, and our bus must be repaired the soonest so that our, and our coming generation’s, educational years must not be wasted; but they seemed uninterested towards the concern,” the students said in disappointment for not getting teachers’ cooperation.

To note, ratio of girls’ education is very poor in Balochistan with approximately 79% of girls away from educational institutions. With four lakh enrolment in primary section, merely 20,000 girls remain after their matriculation. One among the other reasons is lack of transportation for students of rural areas.