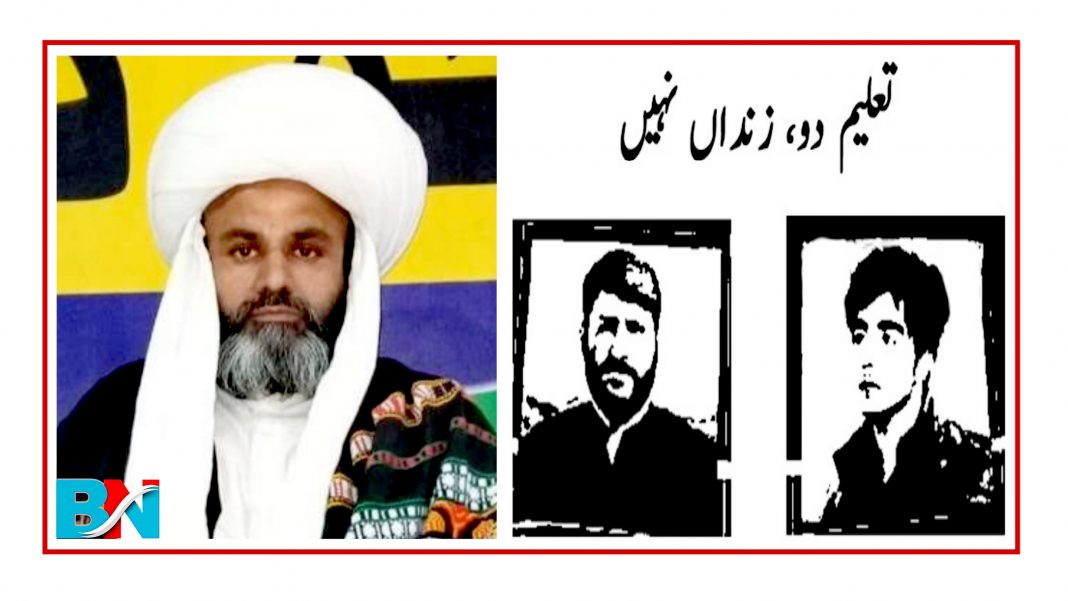 For last several days, Balochistan, rich-in-resources province of Pakistan, is burning from inattention towards different issues. Within the constitution, the locals have marched to roads for a better life which has been kept a dream from day one. Now, the inhabitants of Balochistan have built in the courage to ask for what originally belongs to them constitutionally, but no one is ready to listen to the grievances of people.

Balochistan University’s students held a sit-in protest for twenty days within the varsity campus against the disappearances of two of their fellow students, Sohail Baloch and Fassieh Baloch, from the hostel of the university on November 1. Sadly, it has got the least attention from mainstream media, whereas provincial government sounds “unaware of the situations of the province”.

Despite their simple demand to release their fellows, the Registrar of Balochistan University, Dr. Farhat Iqbal has declined the allegations of their disappearance within the varsity saying that “no traces were found” that they were taken off from hostel. Upon the request of the students to show the CCTV footage from 5 to 7 p.m of that day, the Registrar excused of no CCTV footage as a result of “load shedding in the area”. Consequently, students closed Balochistan University from November 8.

Mounting pressures on the newly established government of Quddos Bezanjo compelled his cabinet to form a Government Committee to merely listen to the cries of students and lead their protest to an end. But they could not convince the students to finish their protest. Unhappy with the Government Committee and the law enforcement agencies of the province, the students warned the government that they would go for a countrywide closure of institutions if their fellows are not released soon. On November 26, the Committee visited back the students and asked for fifteen days to release the students and requested them to postpone their protest for the given timeline. University of Balochistan also officially announced to close the varsity until and unless the two students are recovered.

On the other hand, Maulana Hidayat ur Rehman, Secretary General of Jamaat-e-Islami, Gwadar, has staged a protest in Gwadar for last eleven days. Maulana calls it “Gwadar ko haq do” (Give rights go Gwadar) movement. He has multiple demands as to the rights of citizens of Gwadar which have been infringed. The main demands include; illegal fishing to be abolished of trawlers, extra check-posts should be removed in Gwadar and Iran border to be functional for the people. The other demands include an end to drugs, better educational facilities, right to dignity etcetera.

The local body of Gwadar, on the other end, calls Maulana’s sit-in protest as “point-raising” as they claim that government have fulfilled eleven important demands of Maulana, and others are getting to fulfillment. While some others, wanting to be unnamed, call Maulana controversial. “What he says are fearful, but he is not restrained by people who have censored and controlled the other politicians to speak up, specifically in Gwadar.”

As Balochistan has been facing some serious leadership crisis for last couple of decades, the province direly needs combine efforts of provincial and federal governments to sort out the given queries taking birth in Balochistan each day. On one side, Government Committee could not deal well with the protesting students in Balochistan University as of their missing fellows, Sohail and Fassieh Baloch, and on the other end, they could not satisfy Maulana Hidayat ur Rehman towards solving the issues of the citizens of CPEC city, Gwadar. In such circumstances, one wonders whether Balochistan is observed with the same eye or not.