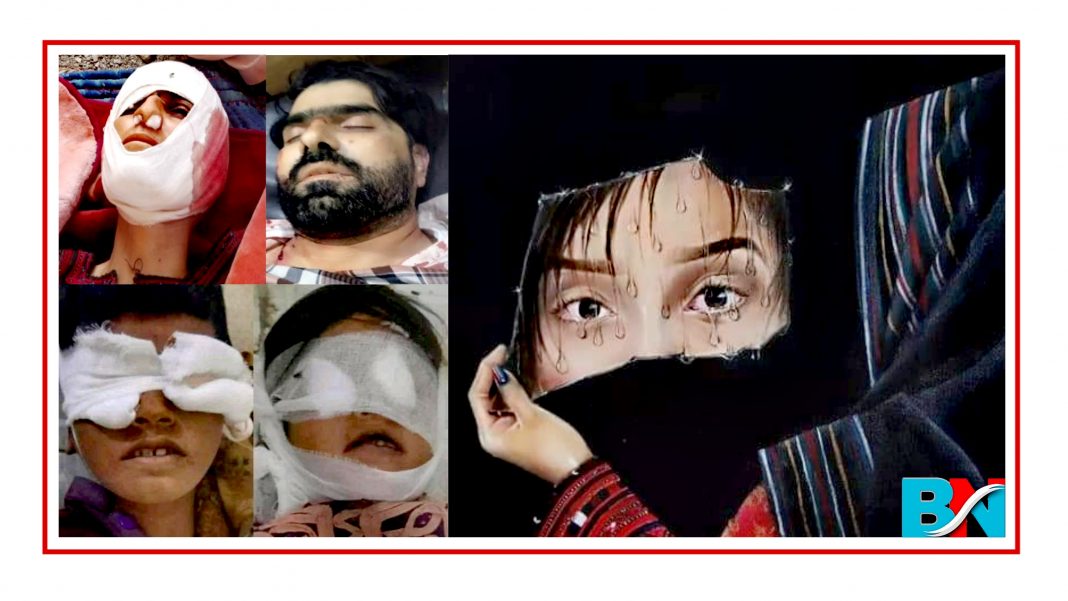 For last two decades, Balochistan has witnessed severe nature of bloodshed, either in groups or individually. In the past two months only, district Panjgur of Makuran has witnessed serious nature of murders which number more than 30 excluding the others in rest of Balochistan. Not only Panjgur, but Kech too has witnessed four brutal murders which include three children and an aged woman in the last twenty days. The law and order situations in the region are getting beyond the control of the law enforcement agencies as none of the culprits have been brought to the administration of justice.

On one hand, the law enforcement agencies are unsuccessfully struggling to cease the bloodshed and, on the other, they are increasing their brutalities on the innocent inhabitants of Balochistan. Approximately a month ago, Frontier Corps was alleged to have killed an elderly lady, Taj Bibi, in Turbat and injured her husband. Her brother claimed the FC personnel were involved in whole this as a FC check-post is located about one kilometer to the place of incident, but the local administration and the FC personnel have denied their claim and filed a First Investigation Report on unknown armed men.

“The FIR was not designed by the will of any of our family members and we reject it wholly” quoted Taj Bibi’s brother. “Because I still cannot reckon why the (hell) they mentioned “unknown” in the FIR when we know who has done all this.” he argued in front of the public gathered in Shaheed Fida Chowk in Turbat.

In such incidents, we less see any FIR getting lodged. When the public pressures build on the law enforcement agencies, they file the FIR in compulsion that too alleging “unknown culprits” behind the cases.

Few days after the incident of Taj Bibi in Absor (Turbat), Counter Terrorism Department (CTD) was alleged to have raided a house in Buleda where they blindly opened fire on the house which resulted in death of a young child, Ramiz Baloch and injuring another minor. The family claimed the forces did not knock the house and entered the house which is against the codes and customs of Baloch nation since women, too, were openly sleeping outside their homes in the boundary.

The family, with the rise of sun, marched to Shaheed Fida Chowk Turbat along with the dead body of the child where they stayed for some days and nights but got no response from the government. Hence, they turned to Shaal (Quetta) where they sat in front of the governor house for a couple of days until they negotiated successfully with the government and went back to their town to bury Ramiz.

The Baloch nation had not gone through the trauma of the given murders and have again been introduced with another incident when two children of Hoshap were killed by Frontier Corps personnel when they were playing in front of their house. According to the members of the grieved family, FC threw a mortar on the children when they were playing at the backyard of their house, whereas, Deputy Commissioner, in his letter to Commissioner, called it an incident where the two children were playing with a hand grenade considering it a toy.

“They were not playing with any toy. How come a child take out the pin of a hand grenade? This is totally a misleading statement by the Deputy Commissioner Kech. It was nothing else but a clear attack by the FC personal from the near camp.” claims the family.

Even the forces dug the earth for the two children to be buried without any protest but the family did not agree and marched to Turbat – Shaheed Fida Chowk – where they have spent two days and nights and entered into unsuccessful negotiations with the local body. Having seen no progress to their case and rise in their voice from Turbat, the family is marching to Shaal in the hope that they may get justice. But sadly, reports are coming from Hoshap that they have been stopped in Hoshap and not being permitted to move to Shaal. The people have sat in out there in protest till they are safely let to go to Quetta.

Balochistan is no doubt the paradise of world for the local people, but it has been made a hell. People cannot walk freely in the fear that it may be their turn the next. No one knows when and how the roads witness another family vociferating for the release or justice of their sons and daughters. All we have to see is how the already shabby Jam Kamal government is going to deal with the deteriorating situations of Balochistan.