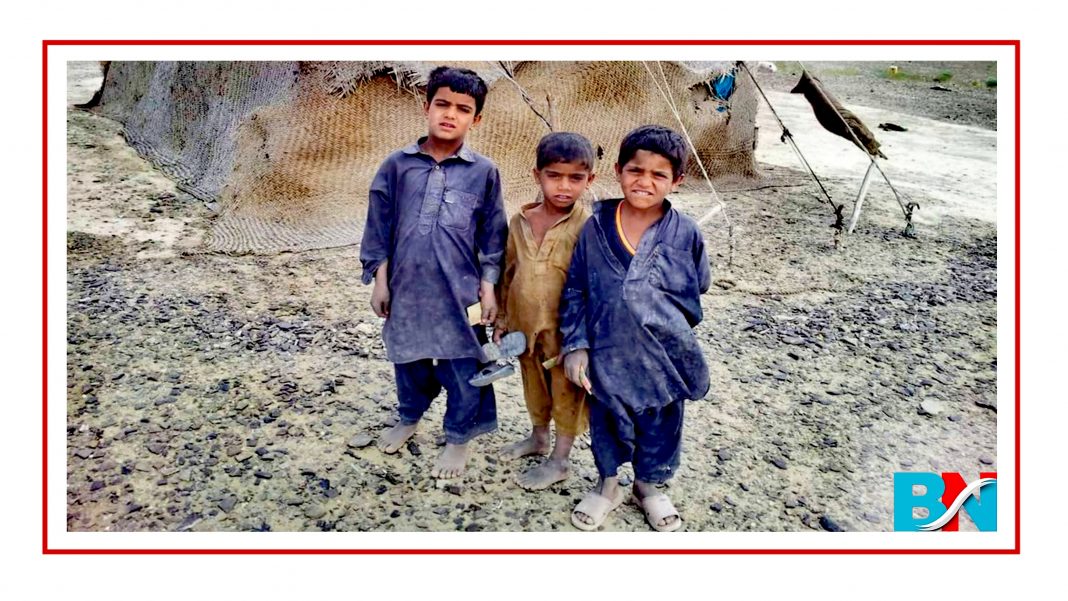 Balochistan is the largest province of Pakistan in terms of territory which encloses 44% of state’s total territory. The province is very least developed and faces a lot of certain problems which include poverty, food insecurity and continuous natural disasters. The region, ever since was given the status of province, has been facing such ill issues till now.

However, Balochistan, despite owning multiple natural resources, has the second highest incidence of multidimensional poverty in Pakistan (after FATA region). The report shows that overall 71% of the population in Balochistan are multi-dimensionally poor comprising of 85 percent from the rural areas and 38% from the urban areas. In addition, multidimensional poverty deprived the people from their basic consumptions and they lack the accesses to income.

The poverty is a horrible evil. It causes jittery anxiety and worrisome to the youths. Due to poverty, the Illiteracy rate in Balochistan is quite high as compared to other provinces of Pakistan. According to the statistics of Pakistan Bureau Statistics Labour Force for 2017-2018 , 45% of Balochistan’s population is illiterate including 30% males and 63% females. Not only education, but poverty has also caused today’s children to beg and work for the sake of running their families. The future of a large part of children are lying into darkness amidst the growing poverty ratio of Balochistan.

According to a general estimate, the province of Balochistan produced natural gas worth of Rs. 85 billions annually, but it only receives Rs. 7 billions as royalty from the federal government. Besides this, Sui gas field is the single largest source of energy supply for different industries, power generations, agriculture, commerce and households in the country. This gas is also used for manufacturing fertilizers and other chemicals and is a vital source of huge foreign exchange savings as the same would have been spent on the import of energy, had the gas reserved not been discovered. Unfortunately, the province has been deprived of its due share in terms of royalty and economic benefits.

It abundantly clears that neither the federal nor the provincial governments are interest for the development of Balochistan. A province with unlimited resources shall have the highest peak of advancement, but shockingly, Balochistan’s inhabitants have no rights to their fundamental needs.

Balochistan is blessed with massive natural resources and approximately contains two-third of the country’s coastline which renders ease and comfortable livelihood opportunities to citizens. The recovered natural resources of Balochistan should have some benefits to Balochistan at least. Other than much of their use in the other provinces, Balochistan needs them today. The province of Balochistan must have equal rights and treats. I plea to federal and provincial governments to work on the eradication of Balochistan’s poverty.