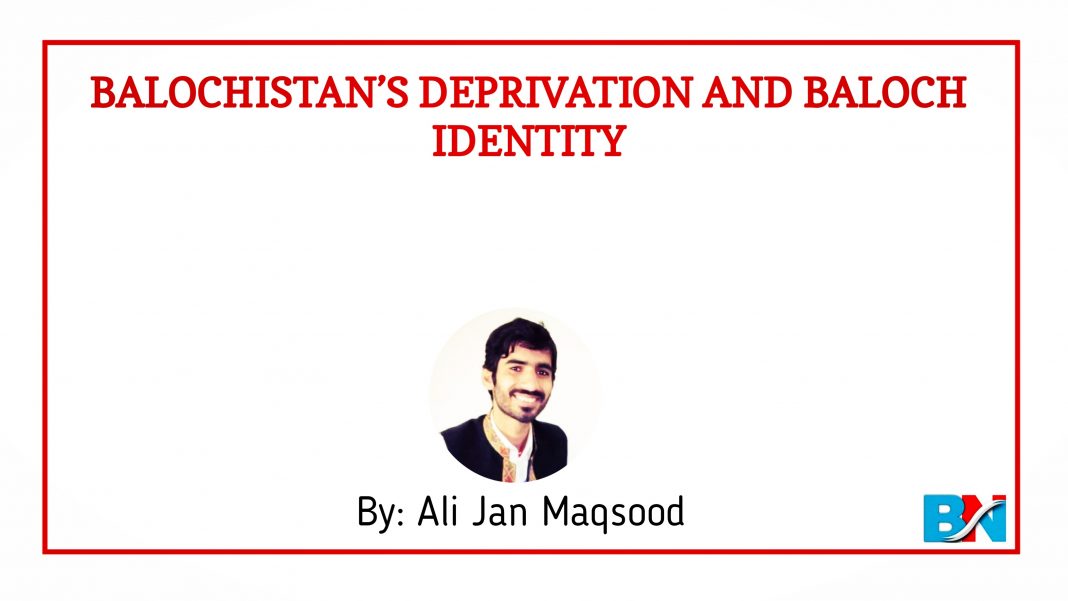 Balochistan, under the rulership of Pakistan, has suffered gigantically in every aspect, be it education, health, infrastructure, communication etcetera. Despite the fact that Balochistan owns multiple natural resources and contains two thirds of Pakistan’s coast line from which Pakistan and some other countries are taking full benefits, the region remains deprived of their basic and fundamental requirements. Balochistan Draught Needs Assessment (BDNA) reports Balochistan’s 71 per cent people as multi-dimensionally poor (85% belong to rural areas whereas 35% from the urban areas), making it Pakistan’s poorest region.

Balochistan’s richness is a question to none when we look at the resources of the region, but unfortunately, because they are never shared with the inhabitants of Balochistan neither are they spent on Balochistan’s prosperity, the region has remained the most backward part until now. United Nation Development Programme (UNDP) clarifies that Balochistan’s citizens are living below the poverty line; each citizen is living on less than 2 dollars per day.

With China’s keen interest in Balochistan’s Gwadar port, the region becomes of more importance globally, but we never find its geographical importance and interests favorable for Balochistan in the reshaping of the region. Or maybe, the authorities are more interested in the land, not the people out here – as quoted by the martial law administrator, Zia-ul-Haq.

China Pakistan Economic Corridor (CPEC) is believed to be of much importance from the Pakistani perspective, however, it has little drive from the Baloch eyes. With the support of CPEC, Balochistan has witnessed no developments in practical which were shown in theory and in advertisements by the governments of Pakistan and Balochistan. However, we have seen the locals being more hapless and pity after the derivation of CPEC.

The most visible example we find is of fencing the Gwadar city due to security threats. The government, without taking into consideration the opposition and the public, decided of fencing the city, which was clearly declared as the deprivation of the basic human rights of free movement of the locals. Secondly, traces were found that the government, maybe with the consent of federal and Chinese governments, was willing to convert the Baloch population entirely or majorly as a combination of Punjabi and Chinese society.

Since the arrival of CPEC, the lands of the city have touched the sky. Most surprisingly, government was active in bringing outsiders from Sindh, Punjab and Islamabad in the city followed by Chinese. Firstly, the locals were offered high prices of their lands, and secondly, basic amenities were taken off so that they are made compelled to sell out their lands. For this, water scarcity was utilized as a source, and from the others, no development was made in the interior city. On the other hand, fishermen were restricted to daily travel to fishing in order to get them deprived of a living.

On a similar note, different tactics were applied on Gwadar to merge the outsiders with the local inhabitants and convert the Baloch population into a minority. But, will that let the Baloch to lose their identity in their own soil? Will they let the outsiders submerge into Baloch and convert them into a minority? In such critical times, the actual representatives of Baloch people ought to be active so that such trends are shrunk out before they go at their peak.

Besides this, the federal government of Pakistan needs to think on it and guide the provincial government and the authorities of China Pakistan Economic Corridor to provide more job chances to the local inhabitants if the state is willing to curb the sense of deprivation of the locals. It is yet to be seen if the Pakistani government is really interested in recognizing Baloch identity in the true sense.