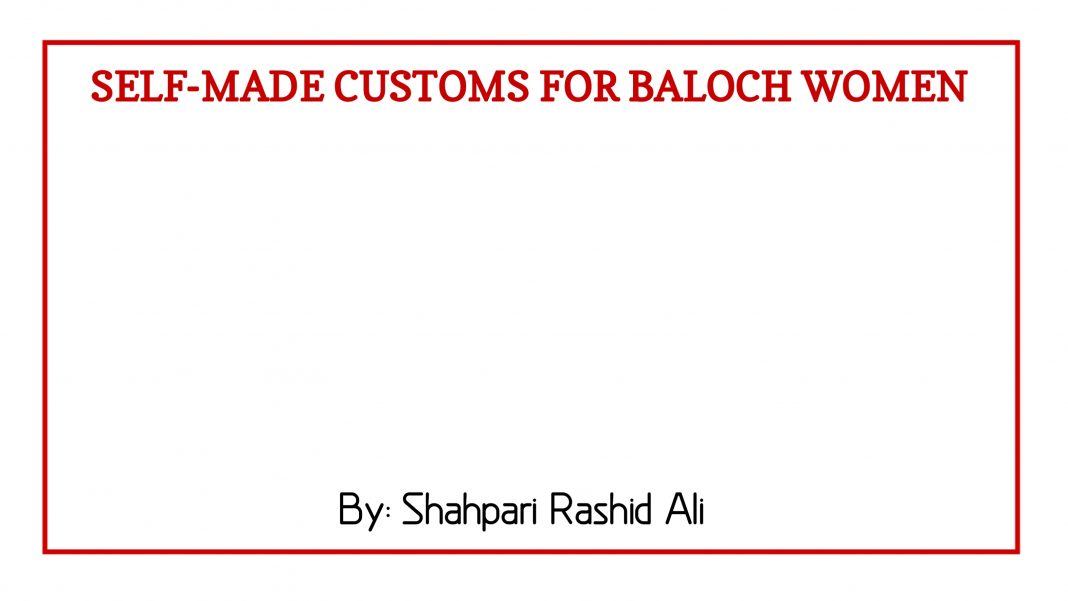 Taking into consideration the Baloch society, one wonders the scenario of most of the girls getting into depression. This is all due to the negativity which has been instilled in our minds. In the Baloch society, the teenage girls are caged without even committing a crime or sin. Because the society does not keep a good eye on girls, they are prisoned behind the four walls. What is their guilt if the society adopts a negative approach towards them?

In this worthless society, a girl cannot do a single act at her own: she does not sit, wonder, watch, speak at her own but whatever her elders say. Whereas, there is no such restriction on the opposite gender. Due to the self-made customs, Baloch girls have to face multiple challenges. In fact, Baloch have always been a secular nation and there were no such restrictions earlier, however, things are divert in the modern world. Due to the given circumstances, girls and women mostly suffer from mental illnesses as anxiety, depression, and other mental disorders.

Unfortunately, females are ignored in every walk of their lives. When they try to stand against the patriarchy, they are emotionally blackmailed and threatened. Their own family members are playing with their emotions and not letting them to making a name for themselves and their families which is solely considered the inherited right of males. Sadly, many other girls, after suffering from like situations, cannot bear the pressures and commit suicide. After a lot of mental burdens, they get compel to choose the last way to end up their life.

Most other girls, after getting into such concerns, feel like they are curse on their families and hence find no aim of being alive anymore. It is the last stage of their haplessness, frustration and fear. As a depressed girl cannot share her emotions openly with others. She does not like to spend many hours in public gatherings and prefers to be alone every time.

In very short, I feel that girls need respect, support, value and equal rights in the Baloch society. They need education and opportunities to have a better use of their potentials for the national prosperity. It is still not late to realize that girls also deserve, at least, their fundamental rights. For this, we all need to work collectively to vanish negativity from our society and let the girls be at their own in some specific areas if not all.