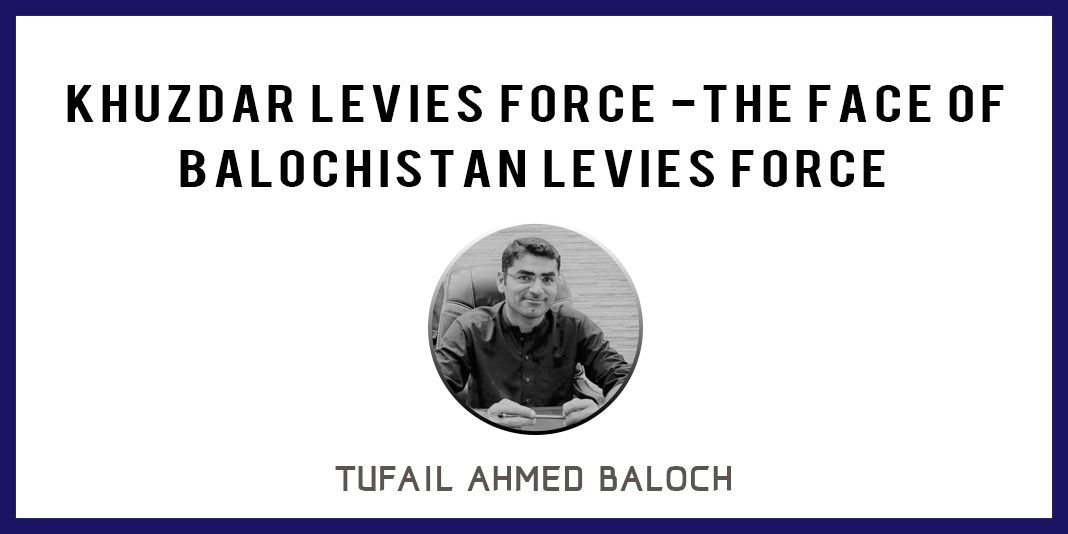 Khuzdar is a district with a population of 802,207 (2017 Census). With its status as the second-largest territorial district in Pakistan (4,3261. sq km) after Chagai, it is known for being home to some of the most prominent tribal chieftains in Balochistan. Some of them have earned dignified positions, while others have become infamous for their wrongdoings. It is at the center of the N-25, a road that joins Balochistan to the borders of seven districts, including the interior Sindh. It boasts a picturesque landscape with vast swaths of orchards and farmland, and it has the potential for olive farming. It has marble and barite and an abundance of unexploited mineral resources.

Khuzdar and its neighbouring districts witnessed a spike in criminal incidents from 2007 to 2015. The section of the N-25 within Khuzdar’s jurisdiction (280 km in length) was a hotspot for highway robberies and kidnappings for ransom. Zehri and Wadh were the most susceptible avenues and saw most of the outlaws’ activities. Outside of the main RCD, the urban and remote areas of Khuzdar experienced disturbing unlawful activities, and the government’s ordinances were challenged by thugs, vigilante groups, juvenile offenders, and insurgents. Indeed, at the height of the crimes, Khuzdar was hard hit by the insurgents at one end and criminals at the other. At the same time, the rising population, very low rate of literacy, culture of violence and obsession with weapons, insurmountable revenue issues, and intertribal enmities made the Khuzdar district not only challenging for the administration but also vulnerable and prone to violence.

The lack of security in Khuzdar triggered the migration of the bulk of the population away from the district, and property prices depreciated proportionally. State land was encroached upon by land-grabbers and even more so by the operative of notorious tribal chieftains (known as Naibs in the native language). The fabric of society, the life of women, education, health and tribal culture were affected over the years amid the deteriorating security. In 2013, the Khuzdar district became the most feared city. People had no desire to visit, picnickers vanished, and it took people a lot of courage to pass through it along the main RCD.

Amidst the state of helplessness and lawlessness that prevailed in Khuzdar, a resurrected Levies Force of Khuzdar district emerged. It is an amazing indigenous force that is professionally disciplined, operationally fearless, and tactically supported by indigenous intelligent networks. Through relentless endeavours and sacrifices, the Khuzdar Levies Force established the writ of the government, maintained law and order, and brought the crime ratio to its lowest not only in N-25 but also in rural and urban areas of the district. The essence of Khuzdar Levies soldiers is that they invariably deal with friends with empathy but are ruthless against foes. Some of the brilliant performing Khuzdar Levies jawans (soldiers) who have contributed to changing the face of the Khuzdar Levies Force are Noor Ahmed Zehri, Ali Akbar, Habib Commando, Ali Ahmed, Abdul Qadir, Khalil Ahmed, Riaz Ahmed, Ata Ullah Zehri, Shakil Ahmed, Mohammad Hafeez, and Habib Gichki. Khuzdar Levies’ transformation from a poorly performing levies into the best in Balochistan would have been impossible without the significant contribution of Khuzdar’s Ex-DC, Syed Abdul Waheed Shah in 2014–2015 and that of the next officers who contributed to the overall improvement of the Khuzdar Levies Force.

Consider the outstanding achievement of the Khuzdar Levies Force in 2020 alone: It seized 3,549 kg of hashish, 172 kg of opium, 66 kg of heroin, 87 kg of methamphetamine, impounded 68 vehicles (cars trucks, and bikes) from smugglers, and apprehended 92 narcotics traffickers (data retrieved from DC Khuzdar’s office). In the crime control domain, the Khuzdar Levies Force eliminated one criminal, arrested more than 300 outlaws, seized 15 weapons, and impounded 35 vehicles (cars and bikes). In addition to it extraordinary results in crime control and seizing narcotics, Khuzdar Levies discharged numerous other duties, such as a relentless operation against land-grabbers in rural and urban areas. Furthermore, spirited Khuzdar Levies have pioneered every drive for public safety and well-being, such as rescuing stranded people during heavy downpours, clearing the disconnected road networks in the remotest areas, and distributing rations to the impoverished during the COVID lockdown. Other Khuzdar Levies Force achievements include establishing the government writ in Khuzdar city for the last five years (the police have failed to control law and order), the judicious tackling of frequent road accidents through rescues and clearing the roads, and almost zero crime along the N-25’s entire 280 km.

Like every department, levies force in general and Khuzdar Levies Forces in particular are vulnerable to certain contemporary factors. The gravest threat to the levies is their being politicized by the politicians. The next major threat are the too-frequent political postings to senior district administrators. Likewise, the levies fear that postings to the hierarchy will be made according to the whimsical wishes of political bosses. Some of the best levies officials are not considered for critical positions by politicians if they belong to opposing political parties in the district. The levies forces are already underfunded, ill-equipped, and undermanned compared to the province’s police department, so politicizing the levies’ affairs could wreak irredeemable havoc on this force. Therefore, Khuzdar district levies affairs should be run on merit to ensure similar high performance in the future.

The Balochistan Levies Force needs to survive given the security situation. The most disturbing internal threat to national integration is Indigenous resentment, which has been simmering since the very inception of the country, and it is compounding every day with a butterfly effect. Every ethnic group in Balochistan to some extent has grievances with the state, and a sense of insecurity prevails. Levies hail from Indigenous tribes and are community-friendly; hence, Indigenous engagement by inducting local tribespeople into levies would result in a two-pronged solution. Firstly, harnessing the local youth would result in much-needed community ownership, and secondly, more induction into levies would engage youngsters for the discharge of national duties. Much-needed reforms and interventions in the form of a meritocracy, rewarding levies, backing them up, and inducting an elite levies wing would ensure magical results for the overall provincial government and the Balochistan people. The levies have traditionally resided in the community’s hearts and minds, and with improvements through reforms, the levies would perform better. Hence, Khuzdar Levies Force’s exemplary performance and outstanding achievements should be taken as a flagship project for replicating the same model of useful community policing to the remaining districts.