Home Articles Water is ingesting us! 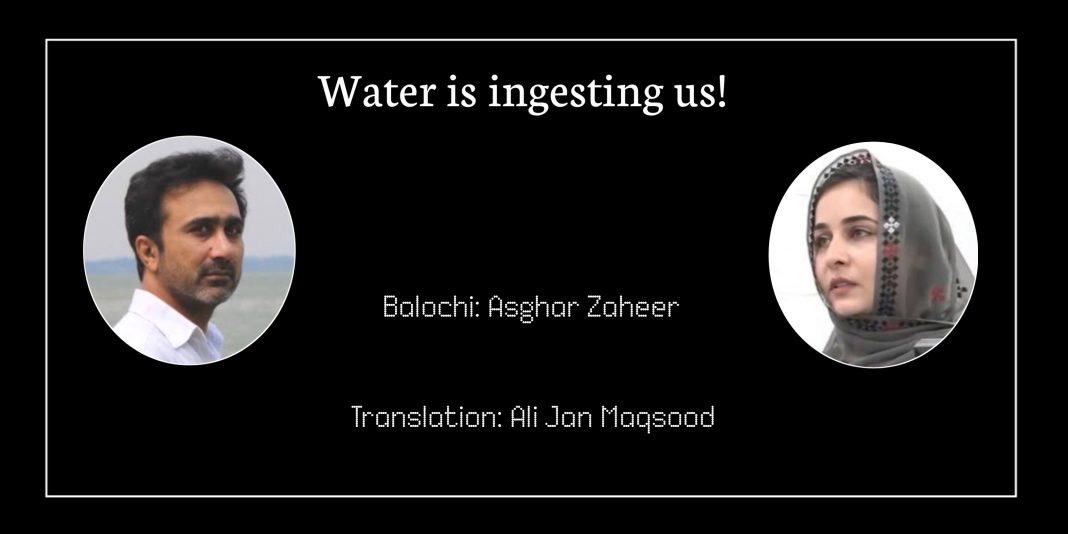 I am mysteriously dumbstruck that what the Baloch activists, away from home, have done to water that it is the second time it is ingesting us. In the same year, two similar cases have come upfront: Sajid Hussain’s dead body was found in a river in Sweden, and now the famous activist Banuk Karima’s dead body, too, has been found in the Toronto’s water. But, what sort of an enmity does water have with us that it is snatching our activists one after one?

It is said that Nile River demanded a fresh bride every year. If denied, its water got dried and landowners got hapless. When it was to be done during Caliph Umar’s reign, he was informed of it. He disallowed people to do so and wrote a letter to Nile River. After his letter, Nile River ceased to swallow people. But we have got none to write a letter to the rivers of Europe and tell them as to why they are ingesting our activists.

If Sajid ought to commit suicide, then he would have not chosen to step from door to door and country to country to save his life, rather stayed at his home and intertwined himself with struggle unless he was martyred.

If Karima had to commit suicide, then surely, she would have not left her paradisiacal Balochistan and beloved Tump and journeyed so far to kill herself.

And most surprising of all is, two countries’ polices are doing their best to prove these as suicides. They say that they have not been killed – not been killed, means they have killed themselves. The world technology has advanced so much that such cases can be traced through satellite. But these countries may fear of their defamation, or maybe they are hiding something?

Stakeholders of humanity should end the cases saying that no other hands were involved in these two murders. People are damn shocked! Sajid jumped into water and killed himself! Karima chose the same way! To my wonder, new techniques have been adapted of committing suicide, but these two adopted the traditional method in advanced countries to kill themselves!

Is it that they missed Kech and Neheng rivers and jumped into the water to embrace them; but waters did not recognize them and ingested them???