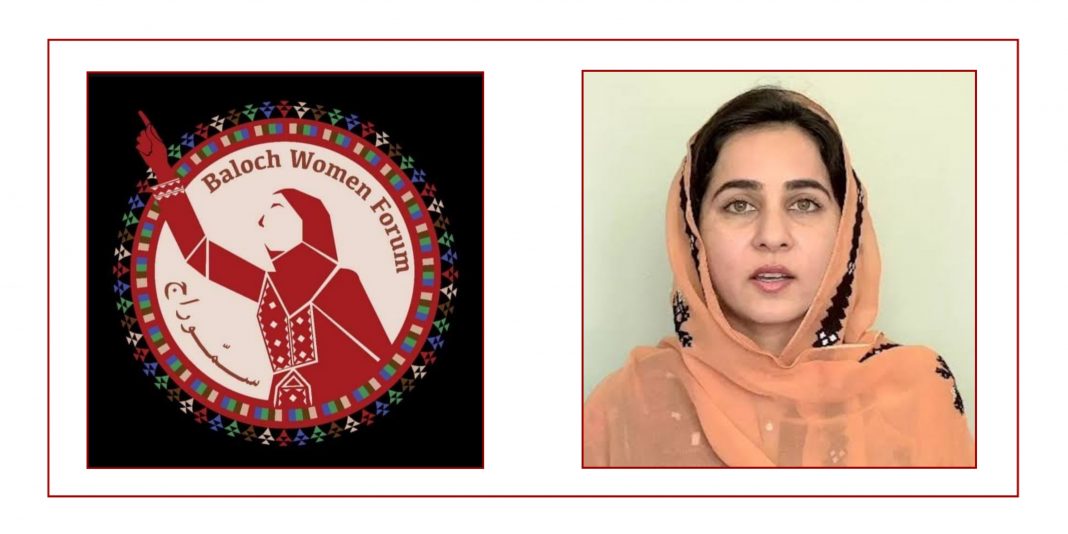 The murder of Banuk Karima Baloch is tantamount to the murder of every daughter of Balochistan.

Spokesperson of the Baloch Women Forum in a statement strongly condemned the murder of Banuk Karima Baloch and termed her as a brave human rights activist of Balochistan.

The spokesperson said that Karima Baloch, 37, was living as a refugee in Canada. She had been the chairperson of the Baloch Student Organization. In 2016, the BBC added Karima Baloch to its list of the world’s 100 most influential women.

Karima Baloch was last seen on Sunday, December 20, 2020 at around 3 pm and last night Karima Baloch’s family confirmed that her body was recovered. So far no details have been released as to what led to her death or disappearance as family asks for privacy.

BWF added that Karima Baloch was one of the leading political activists of Balochistan. She was the vocal and the pioneer of women activism in Balochistan. She believed in the empowerment of Baloch women in every aspect of social and political life.

“The demise of Karima Baloch is heart wrenching. Karima Baloch was one of the women who not only made her mark in the war torn areas of ​​Balochistan and stood by her oppressed nation as a strong pillar, but was always a ray of hope for the struggling victims for their basic rights, ” continued BWF spokesperson.

The Baloch Women Forum paid tribute to Banuk Karima Baloch and called on the Canadian government to arrest her killers as soon as possible and provide justice to the daughter of Balochistan.