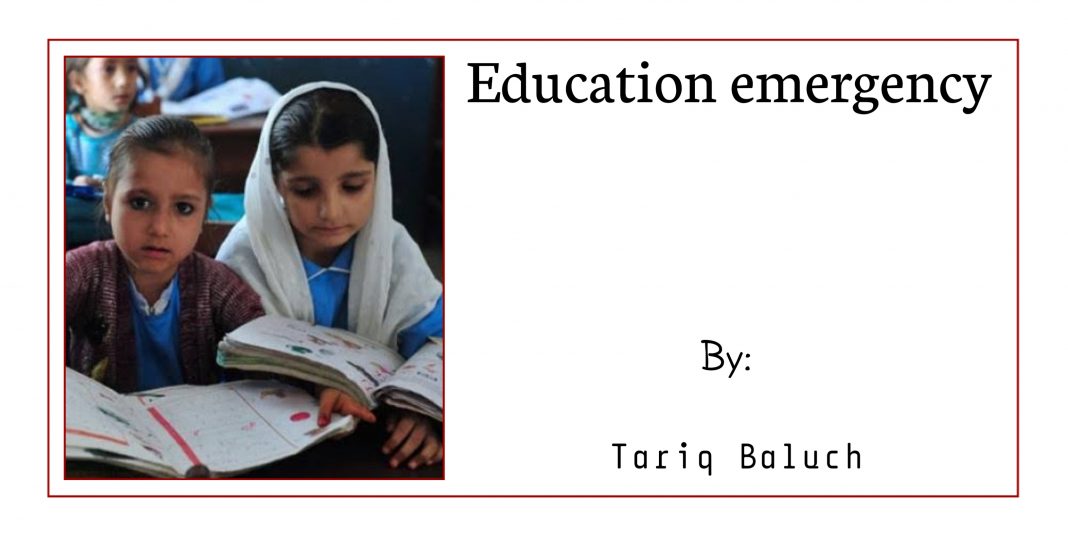 Education is the fundamental need of every human being in the modern era. After water, food and shelter, education is the most important necessity. Though provision of education is the foremost duty of a state, Pakistan, by a large extent, fails to provide easy and accessible education to its citizens. Although the whole of the country faces scarcity of education, Balochistan, the largest province of Pakistan in terms of geography and also richest concerning untapped resources, paints a more problematical picture. The plight of education further augments the prevailing woes of the province. The hapless province has thousands of children who have no access to schools.

For instance, Awaran, the most backward district of the province, has
extremely little access to even primary and middle education. As I hail from Mashkay, one of the tehsils of Awaran, I can feel the poignant outcomes prevailing in the district due to the dearth of educational institutions. The education system is entirely paralyzed to provide proper education to the inhabitants. Its education is in a severe dwindling stage. As per a report of UNICEF Pakistan, 56.3% schools are closed throughout the Awaran district. Among them many schools are unable to provide education to the people owing to widespread absenteeism of teachers.

Furthermore, numerous schools lack proper infrastructures as, classrooms, sanitation, boundary walls and many more. Though provincial education minister claims a number of school-development-projects being allocated for the district, yet there exists nothing on the practical grounds.

Similarly, Mashkay faces challenges on account of colossal educational downfall. Surprisingly, the whole tehsil has only one inter college and very few schools. Worrisomely, the inter college has been unable to provide education to its people since its establishment.

However, among the high schools many are in deplorable conditions owing to ghost teachers, destroyed buildings and long distance between schools and homes. The unfortunate parents, living in the district, have to send their children either in the provincial capital Quetta or in other cities across the country. However, majority of them fail to send their children in cities because of rampant poverty. Many of the youths remain uneducated for life.

Therefore, the plight of educational downfall in Awaran is digging its deep roots in shape of uncertainty among the population. Keeping in view the worsening situation of educational collapse, the high authorities must take solid steps which may address the burning issue of education in Awaran.

All in all, the education emergency in the district is taking disastrous shapes. The unconcerned approach of the government towards the educational crisis_ generally in Balochistan and particularly in Awaran_ is quite depressing. It is high time for the provincial as well as federal government to fulfill their constitutional responsibilities in order to prevent growing sentiments of polarization in the district. If the education emergency is not addressed in letters and spirit, it would yield further problems in the region.