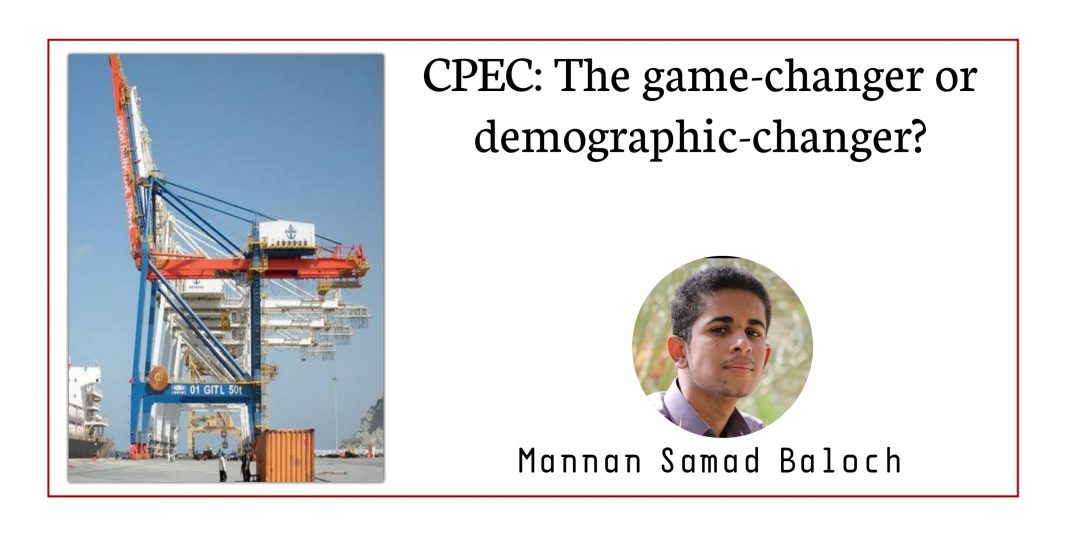 Xi Jinping’s China has embarked on the path to global hegemony entailing global economic boom, military might, technology dominance as well as nefarious expansionist designs in order to supercede the United States (US). China is a global competitor which is devising aggressive tactics to achieve its aims by hook or crook.
According to international analysts, China has been displaying expansionist tendencies for a long period of time as China is often accused of ramping up maritime clout and territorial subjugation in several countries around the world. China’s assertiveness in the South China Sea and strategic foothold in Sri Lanka in the form of controlling Sri Lanka Hambantota port are the glaring manifestation of China’s expansionism drive which flagrantly accentuates the dilemma of “debt-trap diplomacy”.
The China-Pakistan Economic Corridor (CPEC) is the flagship project of China’s One Belt One Road (OBOR or BRI) which is a mega economic corridor involving around 138 countries across Asia, Africa, Europe, North America and South America envisioned in September 2013.
China is investing on multi-billion dollar projects under CPEC Umbrella. But there is a genuine concern that CPEC will also suffer a similar fate to Sarilanka. The international analysts have already cautioned Pakistan that CPEC would shove the country into an abyss of deepening debt burden.
But Pakistan is unwittingly hurtling towards a debt trap despite the fact that the BRI has been opposed by a plethora of number of countries vis-à-vis “debt-trap diplomacy”.
Incumbent government must reconsider its approach towards China instead of blindingly throwing its weight behind China regarding CPEC as China is adept at luring developing countries and giving them lollipops under the guise of energy projects, infrastructure development, industrial cooperation and foreign direct investment.
In a recent move, the federal government has fenced the Gwadar under the garb of security apprehensions. The decision of fencing Gwadar has drawn fierce criticism from the local people, social media activists, intellectuals, politicians and Pakistan Democratic Movement (PDM) leadership.
The people of Balochistan are voicing alarming concerns that fencing of Gwadar will alienate the inhabitants of the port city and will mortgage their recourses and strategic assets to China. Bifurcating Gwadar without taking its residents into confidence is the worst form of colonization. It only reeks of exploitation of its enriching coastal areas. Such reckless attempts on behalf of federal government will only facilitate the China’s expansionism drive.
CPEC is not a “win-win situation” for Pakistan but a dangerous ploy by the Chinese government to entrap developing countries with a “debt-trap diplomacy”. The Pakistani government must critically analyze the pros and cons of the ongoing mega project.
Astoundingly, China Pak Investment Corporation (CPIC) announced a mega housing project at a press conference in London on 20th October. The project is aimed at building homes for around 500,000 incoming Chinese professionals in Gwadar by 2023.
Such abrupt developments will alter the demography of the area and convert local people into a minority in their own land. Many poor residents have already been displaced under the pretext of development. Displacement of indigenous population of Gwadar is the perpetuation of gross and systematic human rights violations.
The federal and provincial governments have frequently made tall claims that CPEC would unfold door to immense economic opportunities for the youth and accelerate the pace of development projects in Balochistan but ground realities indicate otherwise.
CPEC has yet dismally failed to address the paucity of water, outage of electricity, health and education-related chronic issues of the port city. Shockingly, it has further added to the woes of the poor local fishermen and has signalled an existential danger for Gwadar in the shape of deliberate erection of fences.
Recent fencing of Gwadar has debunked the all euphoric slogans of economic prosperity and infrastructure development in Balochistan and has spawned a widening trust deficit between the people and the government.
In case, if Pakistan defaults on its payments to China invested under CPEC, as a consequence, the country will have to hand over control of the Gwadar port and other installations to Chinese authorities. Hence, CPEC will certainly not be a game-changer but can be viewed as a demographic-changer.
Given the existential threat posed to demography of Gwadar, the opposition political parties in Balochistan must drastically challenge the government’s unilateral act of Gwadar’s fencing under the banner of Pakistan Democratic Movement (PDM).
Last but not least, there is an immediate and pressing need for the political mobilization of masses in order to launch a resistance movement and withstand the demographic shift of Gwadar by all possible means before it is too late.