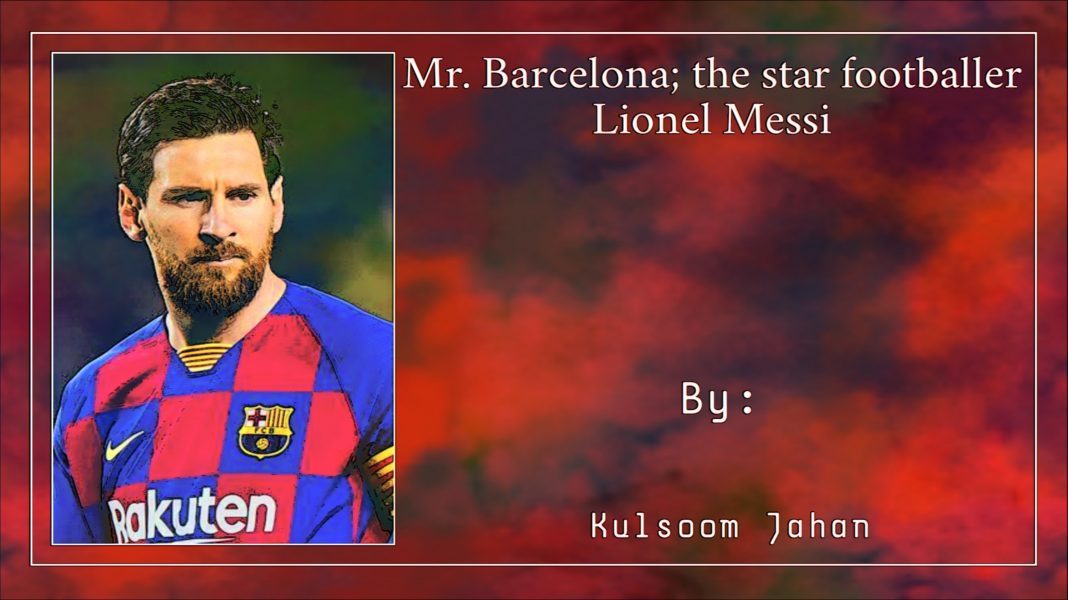 Lionel Messi was disheartened and decided to leave the Spanish club after Barcelona’s historic humiliation following an 8-2 hammering by Bayern Munich in the 2019-20 Champions League’s quarter-final. Later, he withdrew his decision and announced to stay at the club as not to get into a legal dispute. Messi’s club also failed to win the La Liga title in the 2019-2020 season.

He is an Argentine footballer, who plays as a forward and captains the Spanish La Liga club Barcelona and the National team. The 33-year-old forward is the best player in the world and is regarded as one of the greatest players of all time. Barcelona is the only club in Messi’s career, he has been associated for 20 consecutive years.

He was born on June 24, 1987 in Rosario, the third of four children of Jorge Messi, a steel factory manager. Growing up in a tight-knit, football-loving family, ‘’Mr. Barcelona’’ developed a passion for the sport from an early age. When Messi was aged 4, his maternal grandmother Celia saw in him the potential to become a star footballer. She was the only one in his family to be a footballer.

The little boy was first taken to football training at the local club Grandoli, where his grandmother, who accompanied him to training and matches. He joined the club Newell’s Old Boys in 1994. His grandmother Celia passed away and he was greatly affected by her death.

At age 10, he was diagnosed with a growth hormone deficiency. He was much shorter than his peers. His father was unable to pay for his growth hormone treatment, which cost at least $1,000 per month. Newell’s club agreed to contribute; they paid for Messi’s treatment for three years after they refused to pay for medical expenses.

Meanwhile, FC Barcelona’s technical director, Charly Rexach heard stories concerning a 13-year-old boy who had a similar playing style to Argentinian legendary ‘’Diego Maradona”. The director offered his parents that if the talented teenager passed the trial, the club would arrange for his treatment and accommodation. In 2000, he came to Barcelona with his father and presented himself to the club: technical directors were impressed with his performance.

He joined the Spanish football club Barcelona youth team in 2001, where he was treated as well as trained. The time was very difficult for him. The treatment continued for three years and at the age of 16, his height started to grow naturally.

During the 2003-04 season, Messi joined the Barcelona C team and scored 5 goals in 10 matches. He was promoted to the Barcelona B team in the 2004-05 season. In October 2004, senior players requested manager Frank Rijkaard to promote him in senior team. He made his league debut at age of 17.

He has scored 444 goals in 485 appearances for Barcelona. He made his mark in the field of football and proved himself as an integral player of the club. He guided the club to achieve the first treble in Spanish football. He became Barcelona’s all-time top scorer after setting the La Liga and European records for most goals scored in the 2011-12 season and also achieved a record sixth Ballon d’Or.

The great player Messi decided to leave Barca after 19 years. He sent a fax to the management in which he demanded immediate leave from the club citing the clause included in his contract; his contract with Barcelona until next year. According to another clause in it, if another club wants to buy Messi, they will have to pay 700 million euros for it. That’s why, he changed his mind about avoiding a legal battle and leaving the club for a year.

Messi and Portuguese footballer Ronaldo are considered to be rivals. If he had been part of the Italian club, it would have been the first time that Lionel Messi and Cristiano Ronaldo would have represented the same club instead of rival teams.

However, he has won La Liga ten, Copa de Rey six, UEFA Champion League four, UEFA Super Cup, and FIFA Club World cup three times each. He has made recorded 444 goals, most goals hat-tricks in La Liga (36), and most assists in La Liga (183).

The “Leo’’ has played FIFA World Cups four times. He made his debut for Argentina in the 2006 World Cup, scoring the first goal against Serbia. In the quarter-finals, the match between Germany and Argentina ended in a 1-1 draw and the match was decided on penalty kicks; Germany won by 4-2.

In the 2010 FIFA World Cup, Argentina lost by 4-0 to Germany in the quarter-finals and was eliminated from the event. Messi was named captain of the national team at the 2014 World Cup and led Argentina to victory in round matches against Bosnia and Herzegovina, Iran, and Nigeria, but could not save the team from a 0-1 defeat at the hands of Germany in the decisive battle. He was declared the best footballer of the 2014 World Cup.

Argentine football star Lionel Messi married his childhood sweetheart Antonela Roccuzzo on June 30, 2017. He met Roccuzzo as a child before he moved to Spain aged just 13. His wedding was held in his hometown Rasario and called “wedding of the century”. Barca superstar has three kids Thiago Messi, Mateo Messi, Ciro Messi.