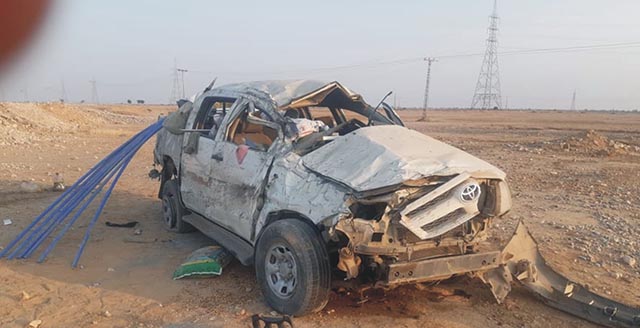 Balochistan is blessed in all regards, but still it remains the least developed and neglected region of the country. It is deprived of fundamental facilities through and through, be it the right to an education, right to expression, right to liberty and so on and so forth.

Having no facility has worsened the living of Baloch, but by now the single and narrow roads are the constant cause of deaths.

The reason for a rising number of accidents is the poor performance of government and the single highways.

Recently, more than 240 people lost their lives in major road accidents in the province. Increasing number of accidents on the roads is all because of negligence of the concerned authorities.

The careless drivers are the second reason for the road accidents as they are busy in using their mobile while driving and overtake other vehicles.

Despite all the claims of development in Balochistan by successive governments none bothered to pay attention to this huge problem.

Balochistan government should allocate funds for the construction of double highways in the province so that the lives of innocent people are saved. This would not only reduce the road accidents, but would also improve the economic capacity of entire province.