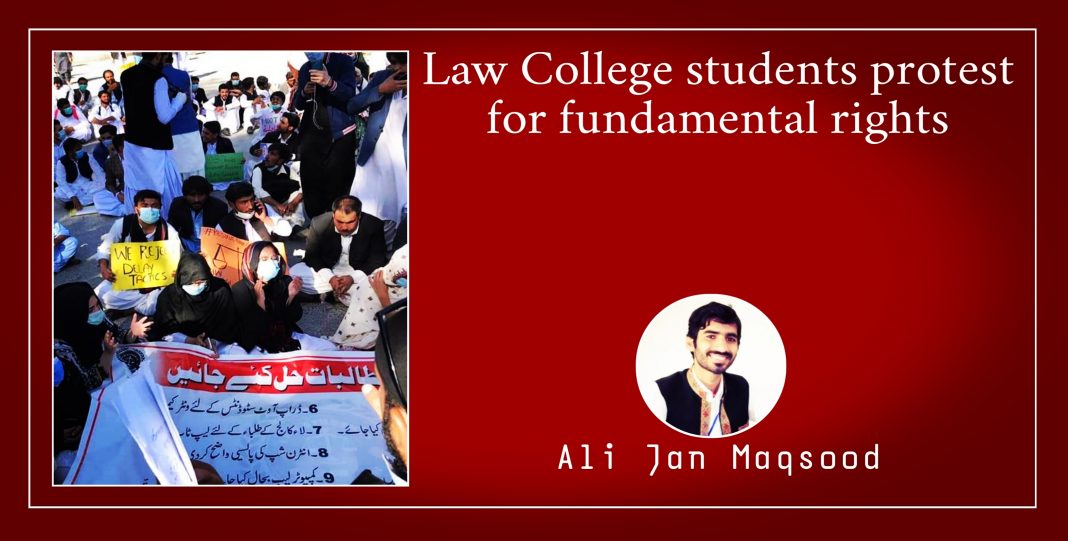 In the beginning, the students were stopped from going out of the premise by College administration through police officials who had locked the gates earlier. However, students were large in number and hence got over it. Secondly, they were attempted to be stopped to come out of Khojak road from where they were to March to Governor house, and the students overcame the given obstacle too.

To bring into your consideration, Law College Quetta is the only public Law College in the Capital city which has remained deprived of hostel facilities for long whereas transportation is available only in two routes; one bus for Sariyab and the other for Airport road. Besides this, the students have been strictly forbidden to practice political activism in college