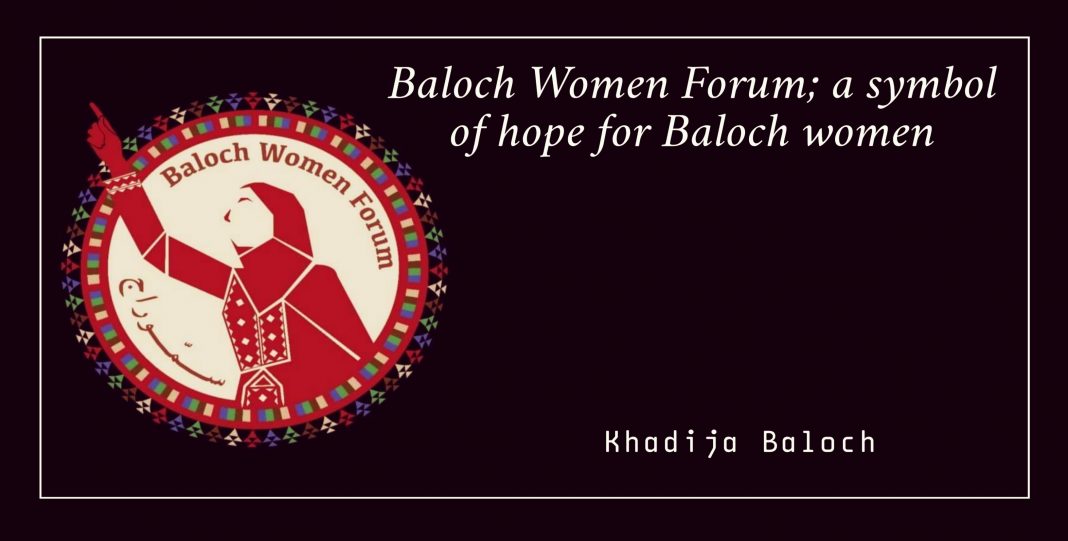 Baloch Women Forum has been formed on March 8 [Women’s Day]. The forum aims to increasing the participation of Baloch women of national, local and communal leaderships. Since the involvement of women is not much seen as it should have been in present time due to the restrictions made by the conservative society and state.

The Baloch Women Forum aims to raise voice against the collective punishment, enforced disappearances, honour killings, domestic violences, gender discrimination and harassment that Baloch women face owing to the state policies that do exist in our Baloch culture.

The planned discrimination remains to deprive the majority of rights of women to knowledge in Balochistan. The forum wants to empower the Baloch women and girls to participate in economic, social and political life of their society and raise voice for their fundemental rights.

The Baloch Women Forum strongly believes that political participation of Baloch women can result in tangible gains for their rights and a sustainable future.

The greatest tool for development is empowerment of women. Without women empowerment it would be a waste of precious resources in Balochistan in the dramatic underrepresentation of women in leadership positions, often resulting in the exclusion of women’s talents and skills in political life.

Women in Balochistan have sometimes suffered in the name of fundamentalist cultural norms and most of the time due to state policies.

Baloch Women Forum would be a support and a social movement to raise and confront these issues bravely. This is the time to stand for the rights of Baloch women, for their support and participation in policy making. But this could only be possible if we come out of our comfort zones and contribute for the betterment of our nation by breaking the barriers made by the conservative society in the path of women’s success.

Baloch Women Forum will remain a symbol of hope, revolution and struggle for emancipation of women and political rights of women in Balochistan.

Males and females must work together equally in order to solve the myriad of problems in Balochistan. In order to meet the developmental goals and build strong and sustainable democracies, women must be encouraged, empowered and supported to becoming strong political and communal leaders.