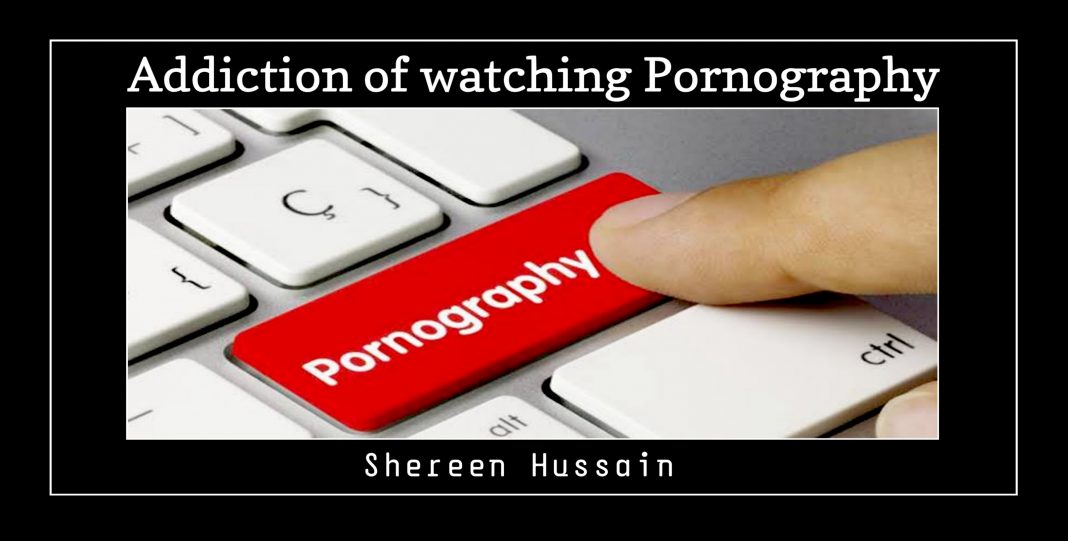 Pornography has become the latest epidemic in the world of technology. It has produced in the form of magazines, photos, sound recordings, flims, videos, video games and even stepped in cartoons now. Such kind of videos are easy to share through whatsapp, instagram, facebook and other social apps. Pornography is taking its place to destroy the humidity tacitly. Due to pornography, rape cases and sexual violence have increased in Pakistan. After discovering video clips of rape cases, they were showing children, females and males performing forced-sex acts as like the pornstars do, which are, later on, performed by the individuals in practical. It ultimately enhances the timidly for the women community in particular including the little boys in Pakistan.

Besides this, watching pornography regularly can affect the peace of mind. Addicted people always discuss the vulgarity and sex in their friend circle without any hesitation. As well as the person_ addicted to pornography_ views women, men and children as the sex objects. Sometimes they consider them as instruments for their pleasure or judge the people in the terms of their body parts by which the harassment and rape type of cases take place in our society.

Now-a-days educated people use love as a tool for their pleasure which provokes them to do Zina [sex before marriage with due partner] and feel comfortable having physical relationships without nikkah (Mahazullah).

Our generation needs some proper education, guidance and thought-provoking discussions about such sensitive topics after the puberty of children in a positive sense. Awareness must be spread among the children and they must be guided about good and bad touches. Tell them about norms and values, teach them how to respect, and guide them to follow Islamic principles; tell them what punishment and rewards of Allah have been mentioned in the Holy Book.

It is high time to save yourself your loved ones from conflicts [Fithna]. May Allah guide us all way to our life by inserting more of the positive thoughts and approaches.