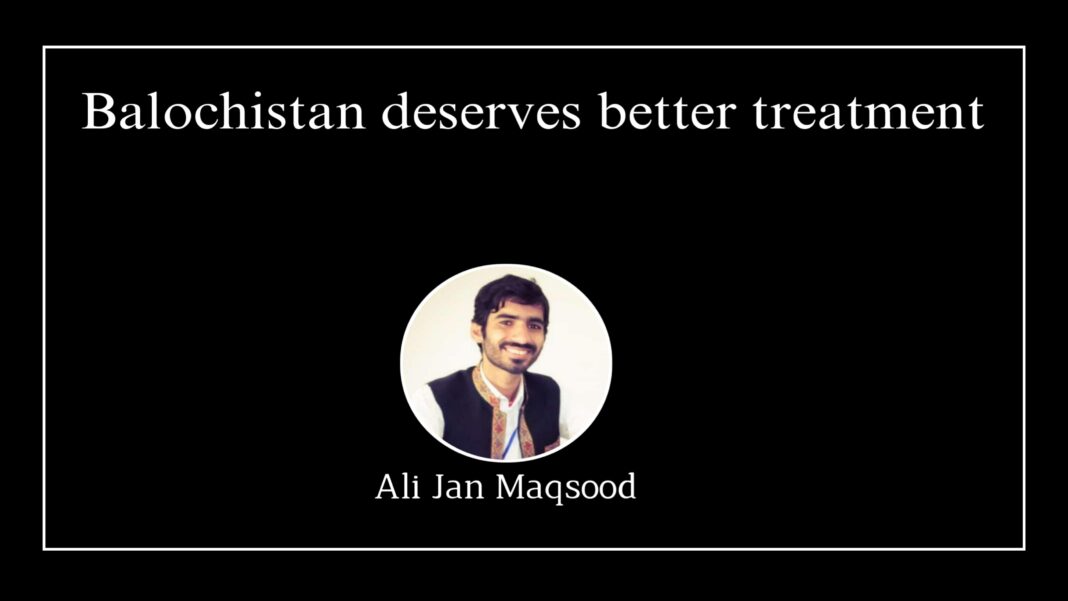 Balochistan is the least noticed province of Pakistan_ be it from the public of Pakistan or the federal government. The province has always vociferated. Even though, in the recent days when Higher Education Commission has announced for online classes, taking into consideration the fragile PTCL internet in some districts whereas no internet (not even mobile network) in other districts, taking online classes is a dream never seen. But who cares!

Sadly, when the students come out to protest for their fundamental rights, they are tortured by the police. As recently the students in Quetta_ males and females_ were subject to severe violence after they rejected online classes and turned towards roads for protests. When the provincial government was held accountable for the condemnable act, they said they were unaware of all this.

How come a government be this irresponsible to the happenings of her constituency? Is it possible to get to prosperity with our rulers unaware of what is going on in the province? They know well the circumstances of the province, how and why have they adopted silence of action of this grieved issue of online classes?

When we are not let to hand over the stuff of getting education, what should we have?

After the incident, protests were held in different districts of Balochistan like Kech, Dera Ghazi Khan, Gwadar, Nushki, Khuzdar, Hub Chowki, Panjgur, Quetta and some other parts of the country [where Baloch people exist] like Karachi and Islamabad. But, will these protests work? Did they work in the previous cases?

To be very specific, online classes in Balochistan are never possible if the internet issue is not resolved. There are some other areas in the province where mobile network is a question mark. When the poor students come on roads to describe their issues peacefully which is their fundamental right, they are beaten.

When the problems are told to Higher Education Commission, they give the students two options; either to freeze the semester or manage to get online. Both are tough challenges for the students of Balochistan. Poverty has already been killing Baloch on daily basis with a growing ratio of unemployment, getting out of the race of a good life enahances their worrisome to a greater extent.

On the other hand, when all the country is opened despite the pandemic, why are only educational institutions closed? Despite the fact that students can better follow the SOPs, they are under unnecessary restrictions and dilemmas. When they [the authorities] fail to satisfy the students, they follow violence to silence them.

All in all, Balochistan has wept enough in last few decades. It is high time Balochistan was taken along the road to advancement. The province contributes enough to the economy of the state, it expects more in return. But we see nothing worth noticing. Balochistan deserves better treatment.