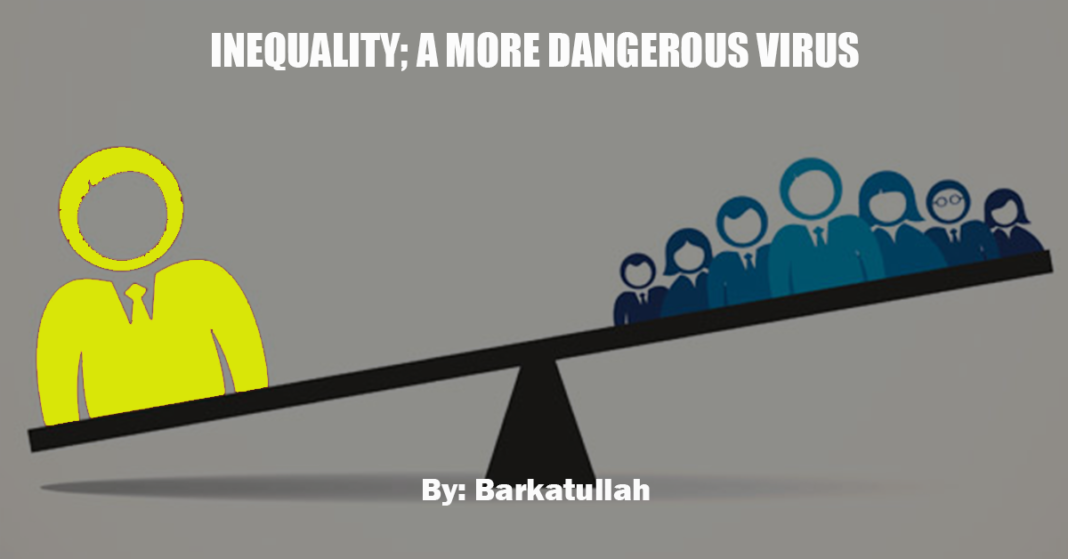 In the modern world, inequality is a multi-dimensional challenge which humanity is likely to suffer the most. Even mounting evidence has revealed that COVID-19 has further compounded existing inequalities putting already marginalized women and girls at greater terror or risk_ not only the coronavirus unprecedented crisis but also consequences of lockdown. Health and governments around the world are slowly ever-so-tentatively moving to relax the lockdown.

In the revolutionary era, inequality has been a major matter for the people. Even in America inequality has substantially increased. In previous decades inequality was just common propaganda running deeply.

The major examples of social inequality include gap, gender inequality, health care and social class. The World Health Organization (WHO) has stated that access to safe abortion is essential to time-sensitive health care. But still, as of 2017 records, 42% of women of reproductive age are living in 125 countries where abortion is highly restricted.

After the effects of COVID-19_ likely to increase violence and gender inequality leading to rape and unwanted pregnancies and an increase in abortion rate _ such types of occurrences are likely to happen randomly and do not keep stopping with the arrival of indefinite consequences.

Inequality is now an issue of life and death. With the arrival of COVID-19 humans tolerate economic loses and families with low-income resources, but yet COVID-19 is amplifying gender inequality.

It should also be noted that the concept of religious narrative suggestions and opinions are kept aside. Human role to intervene in such purposes is essential. Even The Quran, Holiest Book in Islam, indicates that men and women are spiritually equal.

In Islamic practice, gender’s role is manifest itself, partially because men and women are sometimes allotted different rights and different cultural expectations.

In the new world of discovery, the rigid laws of Islam and religions have deprived half of the population of their basic human rights. We are even not much concerned of what religions teach us, still, we are imitating such conceptions which lead to outrageous conclusions.

Ignoring humans in every field of worth living can create a violation of the basic rights of human beings. Inequality has become another virus more hazardous than COVID-19 claiming the lives of humanity. Extreme inequality is very corrosive for our society. The world should get obscured and attempted to be helped from the strategies of policymakers to overcome it.