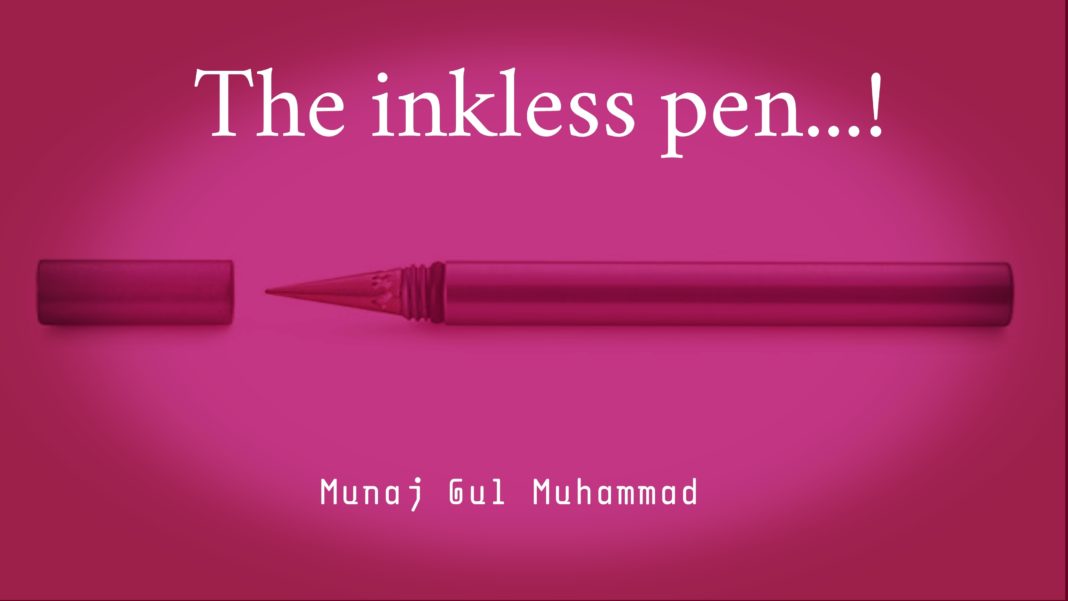 Every dawn uplifts the soul of the stone-blind man and the full moon despairs his spirit. The clouds and the rainbow were the sheer bliss for the geriatric since his childhood, but they are no more! He always quests himself for the inkless pen which he lost in the mountain at the age of eighteenth. He died many years ago by dint of the depression, but he still breathes in the grave. He hopes to get the missing pen back, but his eyes have left him hopeless. He longs to complete his half written story if God hands over the inkless pen to him. God does not recognize him. He is dead and buried with memories.

Beyond all, in a cloudy day he peregrinates around a distant land in search of his strong and stalwart cohorts who had used the lost inkless pen and scribbled their half-finished stories along with the blind man.
They are seen nowhere. They almost died before long his arrival on the mountain.

He (the old man) desires to have a get-together on that mountain where they (He and his friends) have witnessed the death of the innocent and naive deer and other wild animals. They feel laughing at themselves as being humans. He sits on the mountain and cries in smiles! On a sudden, the cloud drizzles and the old man leaves the place in tearful smiles.

In no time after drizzling, he journeys towards his garden back. On the way he confronts an old woman aged 150; sitting under the tree and engrossed in worshipping the God. She prays in silence.

From that day on, she is sitting under the tree and awaiting for the letter to have it a read. She seems much excited to have the God sent angel to her. But it was the hallucination which she owns.

“Hurrah! The angel! Give me the lost letter, please. Could you please inform my beloved God to gift me the deceased soul back? It contains my long past history. It is not only a letter, but a world in which my death and life reside.” She requests the old blind man and considers him the heaven-sent angel from the God.

The old blind man says nothing and leaves. After then, she sits under the tree to get the letter back. She is still hopeful to get the response from the God. Because God is found in worship, she believes. The soul still breathes.

After then, he leaves towards the garden and starts searching the missing pen again. The inkless pen reappears in no time and the blind man picks it up happily to complete the incomplete story of his death.

“I am not what you are searching for. Please leave me out here.” After the say, the inkless pen flew away and he does not beam with satisfaction. He is still in the garden and waiting for the lost inkless pen.